Although Sir John Tenniel’s illustrative decisions are often taken as cannon, the text of Alice's Adventures in Wonderland offers few explicit descriptions of characters. When Alice’s Adventures in Wonderland passed out of copyright in 1907, British publishers eagerly issued new editions with new illustrations. Chief among these is the Heinemann edition featuring the watercolors of Arthur Rackham, a Victorian-Edwardian children’s book illustrator famous for his muted, dreamlike paintings and grotesque goblins.

Rackham’s gray-brown backgrounds and landscapes of twisted trees emphasize the darker, more threatening aspects of Wonderland. Although critical reception at the time was mixed (with many reviewers unwilling to endorse any illustrations but Tenniel’s), Arthur Rackham’s dramatically different interpretation set the stage for the many divergent visions of Carroll’s Everygirl that developed during the 20th century. 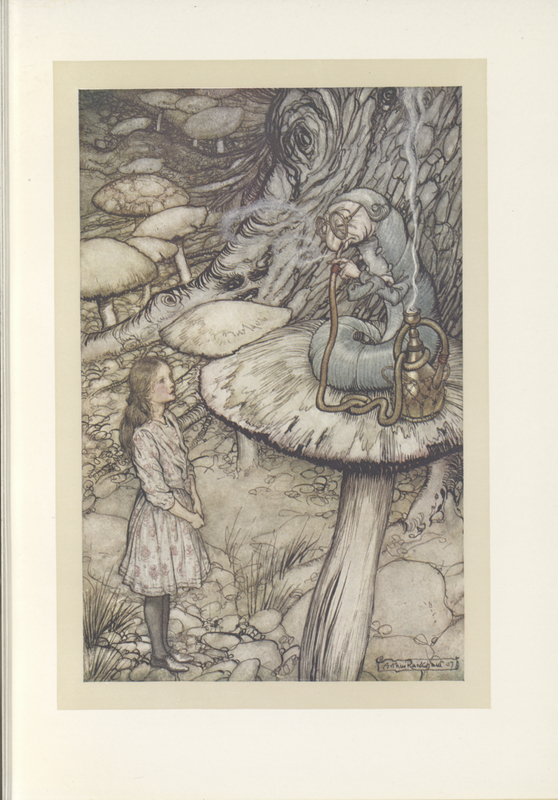 Released in 1951, Walt Disney’s Alice in Wonderland marked a new pervasive influence on the interpretation of Lewis Carroll’s masterwork. Walt Disney had initially planned for Alice to be his first feature-length cartoon, but delayed the project when Paramount’s live-action Alice appeared in 1933. Instead, Disney turned his attention to Snow White and the Seven Dwarves (1937).

Returning to Alice in the late 1940s, Disney sought to evoke Tenniel’s illustrations while also distancing the the film from its source material. Unlike several other other Disney films based on books, Alice does not begin with an animated sequence of a book opening, but jumps directly to Alice in the meadow. While the initial reception was lukewarm, Disney’s Alice, and especially her light blue dress, has since become as iconic as Tenniel’s original depiction. 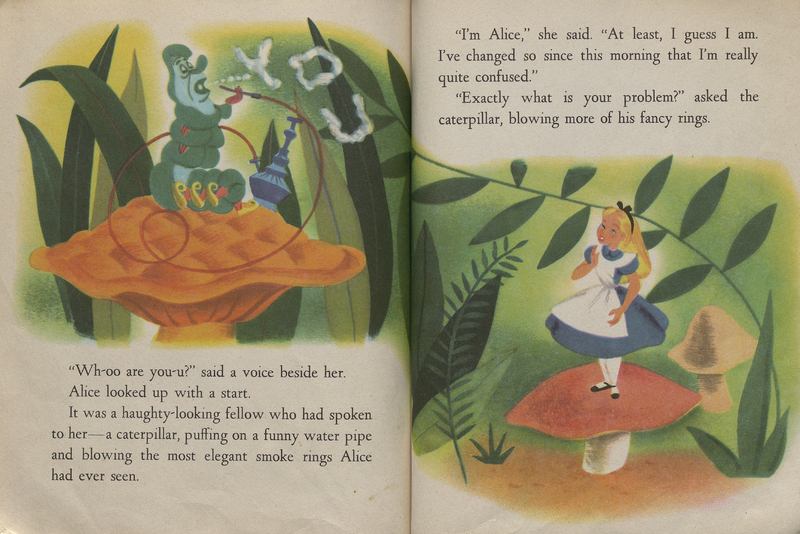