In Conversation with Earlier Genres

George Herbert’s (1593-1633) most influential work The Temple was published posthumously in 1633 and contains two of the most famous examples of shaped or patterned poetry, “Easter Wings” and “The Alter.”  While “Easter Wings” merges the rise and fall of the sentiment contained in the text itself (Note: one of the shortest line in the poem reads “Most thinne”), the poem describes the Christian concept of earthly transfiguration through the body of the Christ, and is also shaped like a butterfly, a common symbol for resurrection, the theme at Easter.  Alice's Adventures in Wonderland also uses shaped poetry, most notably in The Mouse's Tail/Tale.  A more easily readable version of the "Easter Wings" follows. 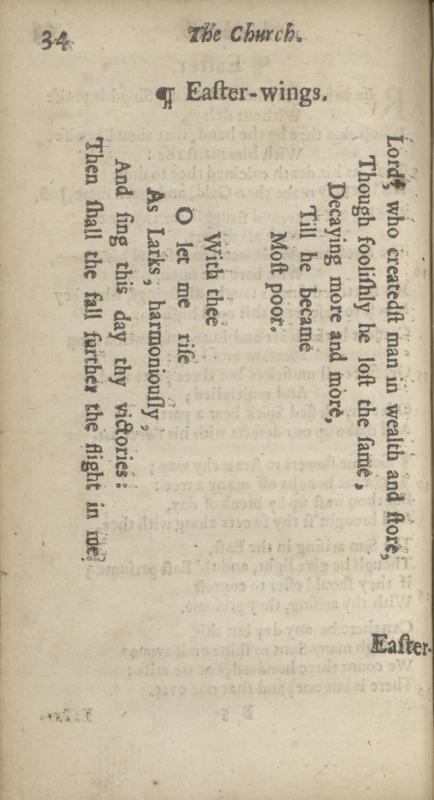 Lord, who createdst man in wealth and store,

Though foolishly he lost the same,

And sing this day thy victories:

Then shall the fall further the flight in me.

My tender age in sorrow did beginne

And still with sicknesses and shame.

Thou didst so punish sinne,

And feel thy victorie:

For, if I imp my wing on thine,

Affliction shall advance the flight in me. 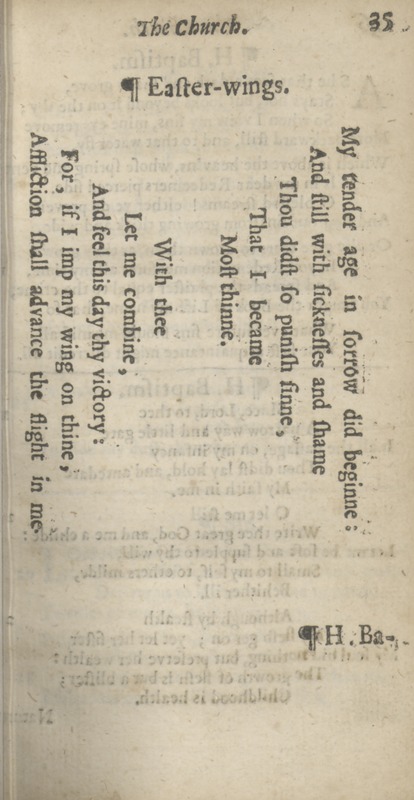 Originally published in 1857, Thomas Hughes' Tom Brown’s Schooldays established the genre of the English schoolboy novel, including narrative conventions that persist to the present day (consider the importance of quidditch in Harry Potter). The novel came to be seen not only as a fictional account of Rugby School, but a blueprint for British education.

Hughes considered his attendance at Rugby (1834-1841) a golden epoch in his life. However, alumnus Lewis Carrol (1846-1849) felt quite differently. Repelled by the culture of bullying, Carroll’s time at Rugby was probably also made difficult by his stammer and his lack of interest in sports. Reflecting in his diary at age 23, Carroll wrote, “I cannot say that I look back upon my life at a Public school with any sensation of pleasure, or that any earthly considerations would induce me to go through my three years again.” 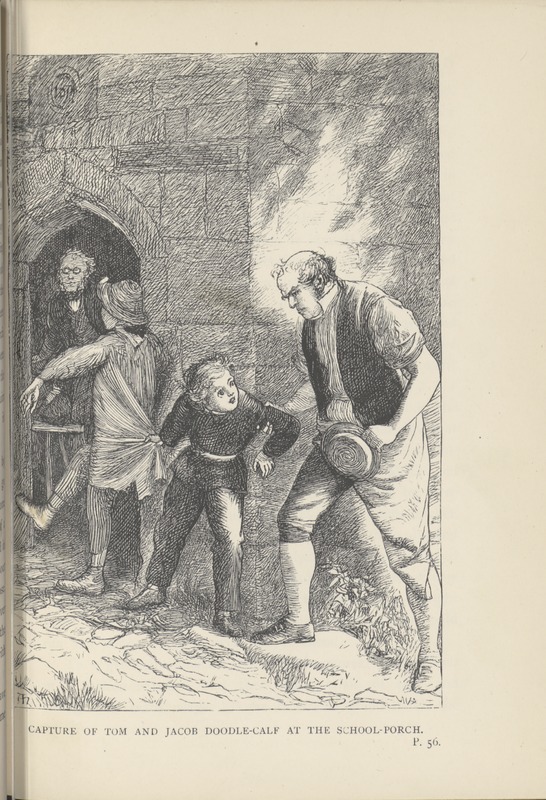 From today's vantage point, Alice's Adventures in Wonderland appears to be a clear watershed moment - a distinctive and important book that fundamentally changed children’s literature. At the time, however, this was far from obvious. Published just a few years after Alice, Jessica’s First Prayer (1867) by evangelical writer Hesba Stretton was more popular and, at the time, arguably more influential. Jessica broke new ground with its focus on the struggles of the urban poor and by 1900, it had sold more than 1.5 million copies - ten times the sales figures of Alice.

Why did Alice become a classic while Jessica faded from memory? Some critics suggest that as Victorian literary interests shifted in favor of fantasy, they also increasingly privileged the viewpoint and position of the upper-class child typified by Alice. Meanwhile, other demographics receded from literary notice. 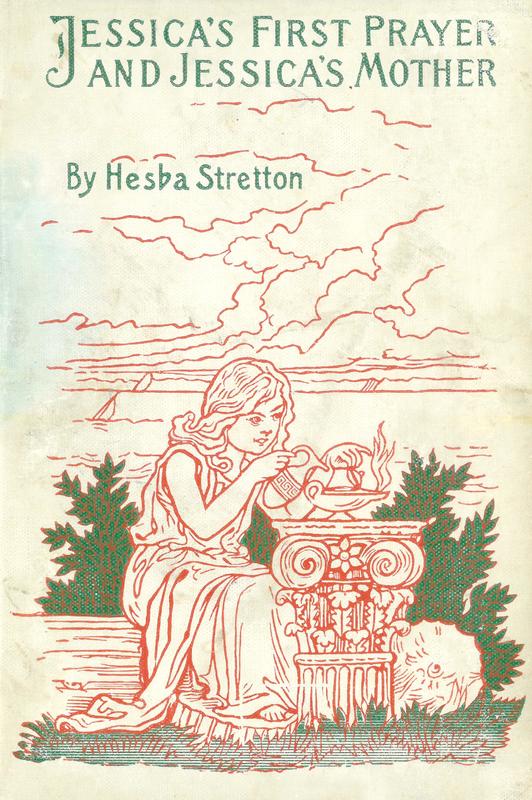