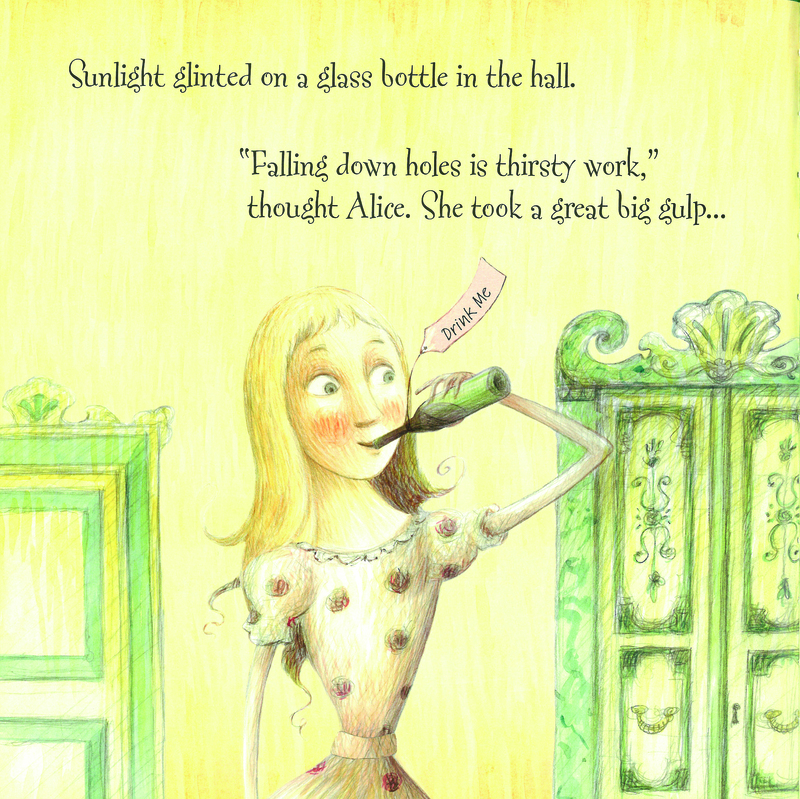 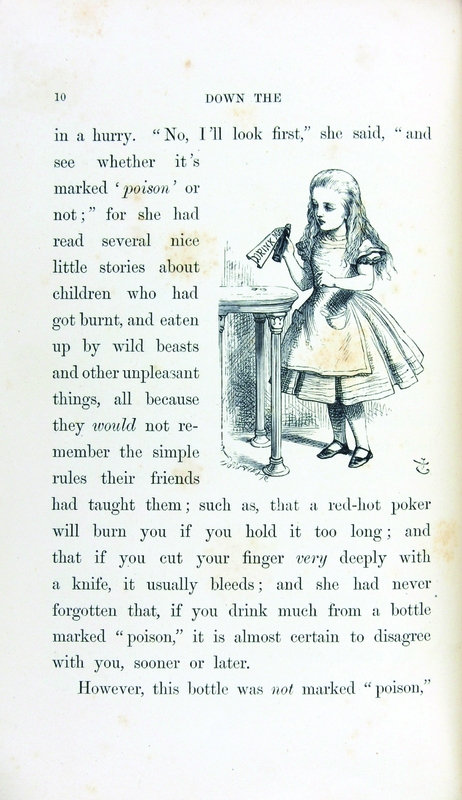 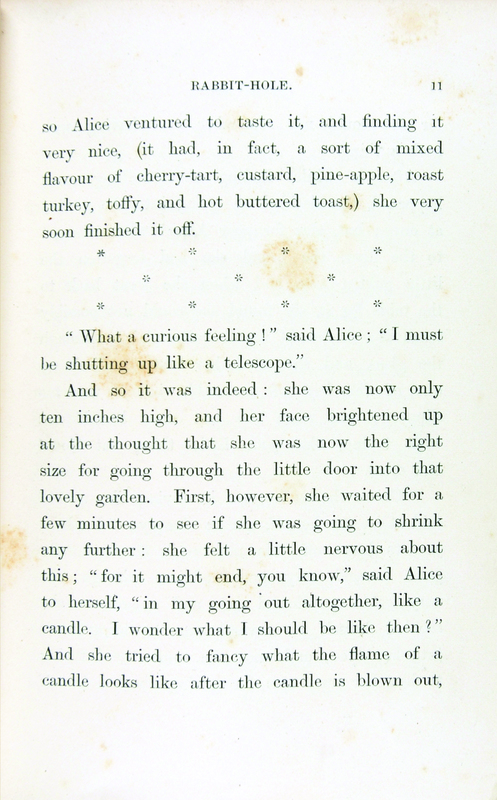 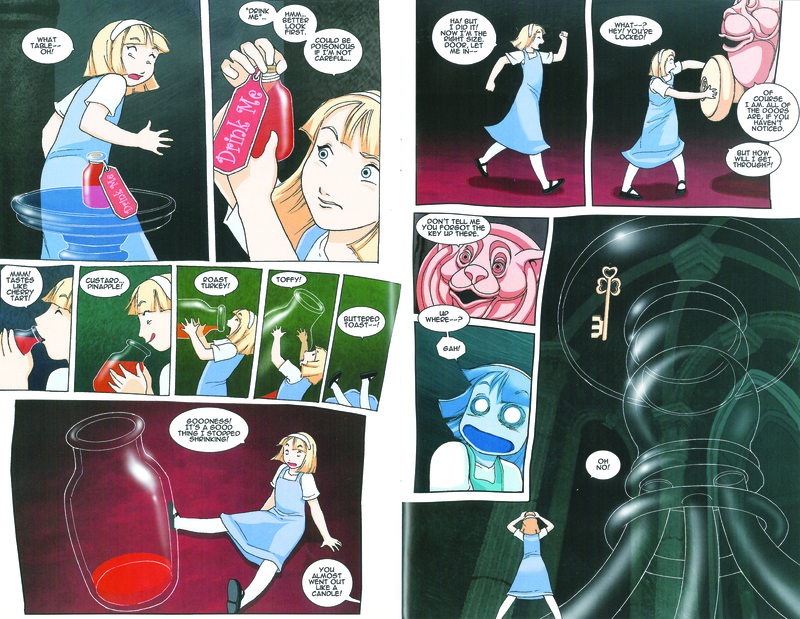 There have been hundreds of versions of Alice’s Adventures in Wonderland using a variety of formats (traditional text, picture books, comic books, apps, video games, and films to name only a few) as audiences and technologies change. In most cases there are at least two aspects that change drastically as printing and publication mediums have developed: the story and the visual representations of the story.

A case study of the famous scene when Alice encounters the “Drink Me” bottle is presented here comparing the original text with two common formats in the 20th and 21st centuries: the children’s picture book and the comic book. Note how the amount of text has changed drastically from 283 words in the original to 56 words in the picture book. The Espinosa comic book seems to be using manga elements and can easily convey how Alice shrinks in size through the author’s visual presentation.  Original illustrator John Tenniel’s drawings were considered innovative at the time, but technological innovations have allowed printers to use color and artistry to more easily convey movement and story. Even so, Carroll uses the tools at hand to convey time passing and Alice’s shrinking through his use of asterisks.