This exhibit offers a virtual selection from the physical exhibit "Curiouser and Curiouser!": Exploring Wonderland with Alice that took place in the 7th floor Exhibit Space of Hatcher Graduate Library August 25, 2015 - December 17, 2015. It celebrates the 150th anniversary of the beloved children's classic Alice's Adventures in Wonderland as it guides viewers through a range of Alice editions and related material.

For more information or questions about using these materials for research or teaching, please contact the curators: 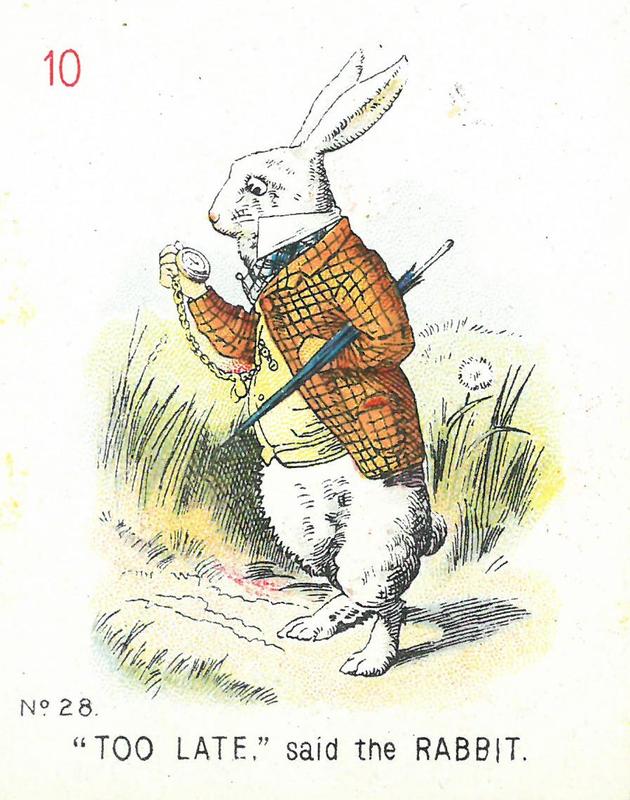 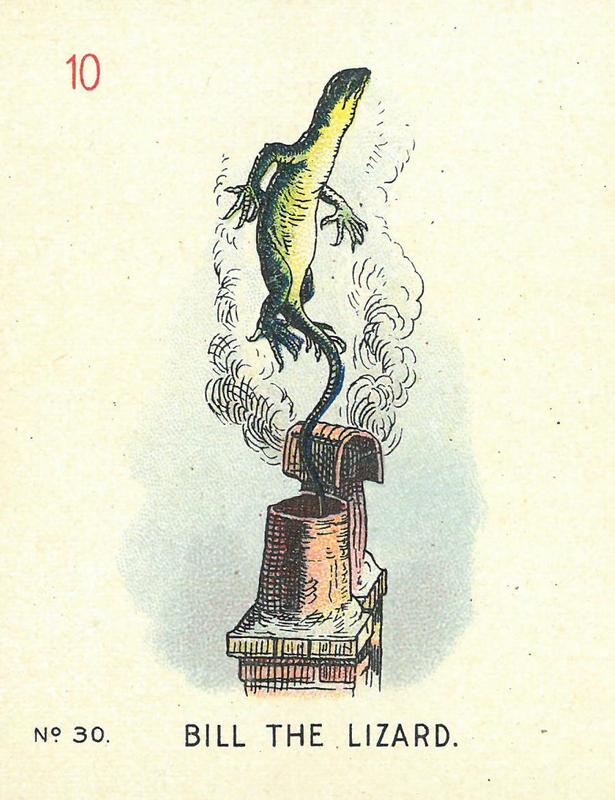 Curators Angie Oehrli and Juli McLoone would like to offer their sincere gratitude to all who contributed their expertise to making this exhibit possible in both physical and online formats: 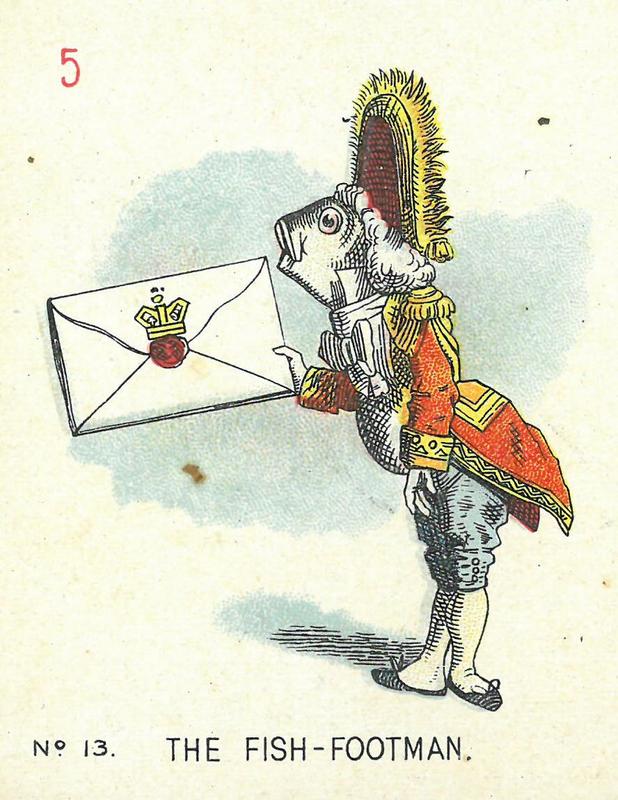 The University of Michigan Library has placed copies of these works online for educational and research purposes. These works may be under copyright. If you decide to use any of these works, you are responsible for making your own legal assessment and securing any necessary permission. If you have questions about this exhibit, please contact Juli McLoone, jmcloone@umich.edu. If you have concerns about the inclusion of an item in this exhibit, please contact ask-omeka@umich.edu.

For more information about the University of Michigan Special Collections Library, please see our website. 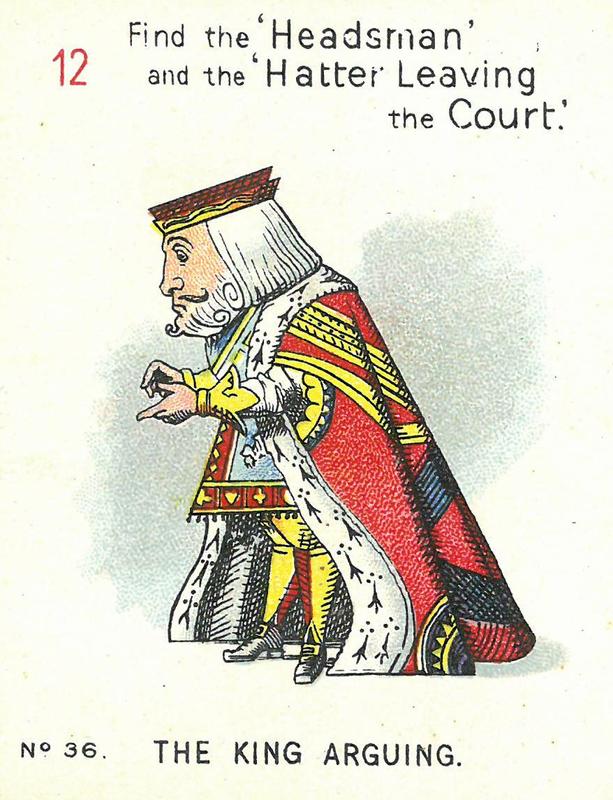 Some of the special visitors to the Fall 2015 in-person version of this exhibit included local Girl Scout troops.  In conjunction with Diana Perpich, Educational Technologies Librarian and former Girl Scout, several educational materials were developed for these visits.  Two activities were organized: an interactive tour of the exhibit and a story-making badge activity centered on board game creation.  In creating rules to a game, Girl Scouts were able to think through how they might make a story based on Alice.

Jo Angela Oehrli and Diana Perpich created a slide presentation about their experience for the 2016 Michigan Instruction Exchange.  They suggest that the game activity could be adapted for any online or in-person exhibit.  There are several materials that were used for the game activity. You can download them from a Google Drive folder here (You can preview them below). They include the following. 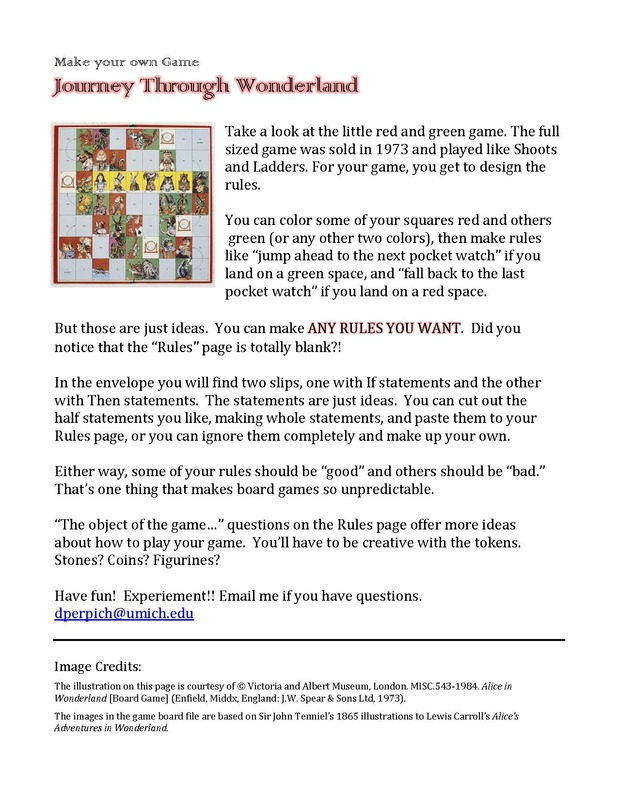 [Make Your Own Game]:  Game Introduction 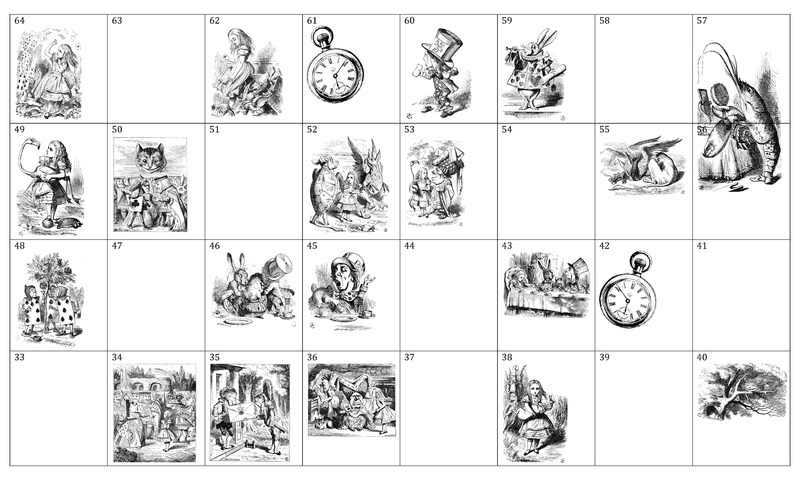 [Game Board]:  Complete Alice Adventures in Wonderland game board 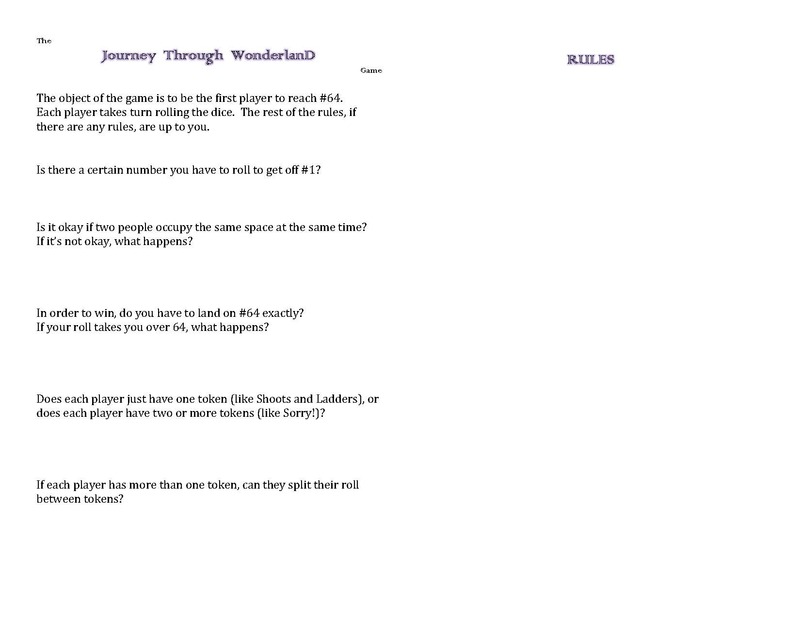 [Rules Example]: One way to explain rules to students 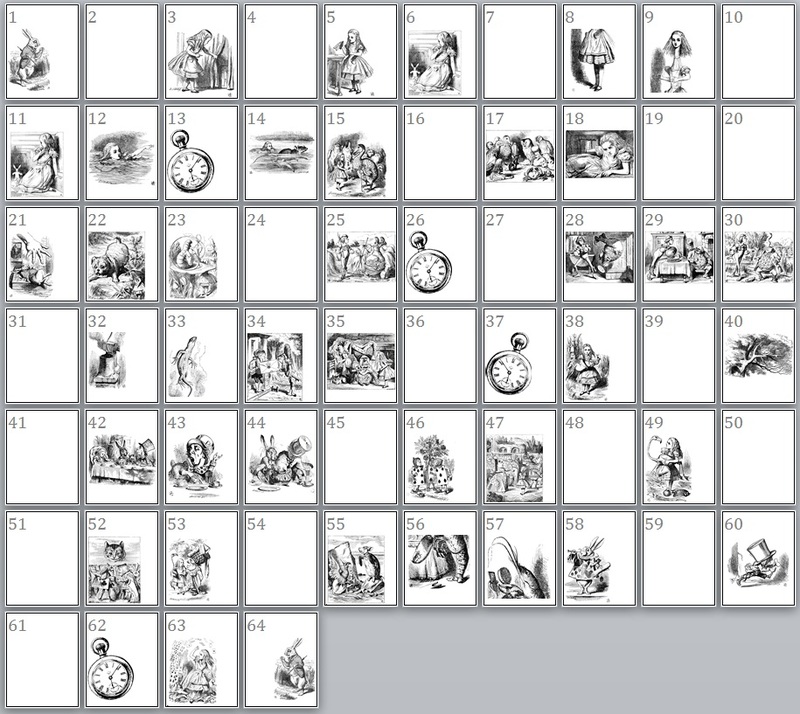 [Alice Boxes]:  Adaptable versions of the boxes on the game board

Down the Rabbit Hole