Migration from Spain and Latin America to the Philippines was limited throughout the colonial period. What little Spanish that reached the Philippines remained in urban colonial centers, mostly within elite circles of society. A number of indigenous Filipinos, particularly those who had access to formal education, succeeded in learning the language. Known collectively as the Ilustrados, or the Enlightened Ones, these Filipinos used their writings to translate the realities of a colony on the margins of a global empire for a Spanish-speaking readership. 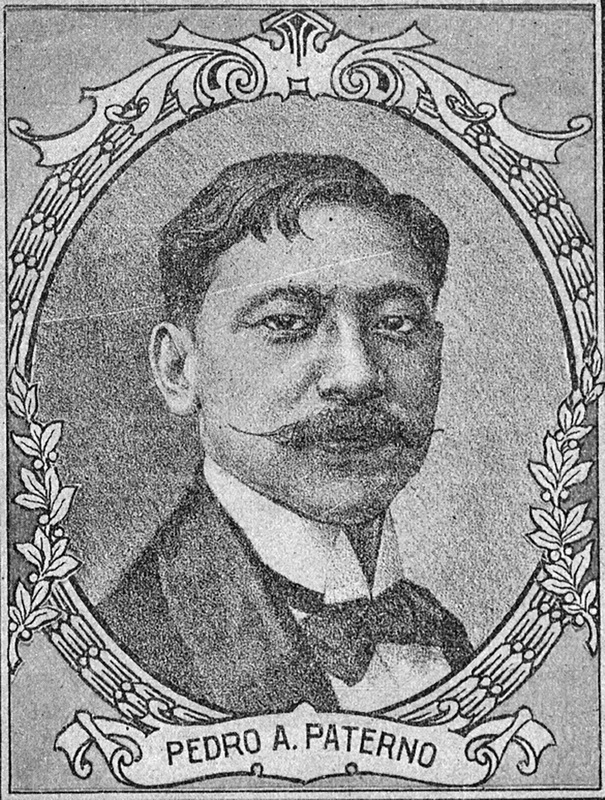 Some of these Ilustrado writings focused on Philippine folk traditions. Pictured sporting a handlebar mustache and wearing a suit and tie in the formal portrait above is Pedro Paterno, author of Nínay, in whose narrative were interwoven the funerary customs of the local mestizo community. Published in Spain in 1885, Nínay was the first novel ever written by a Filipino native. A copy of the first edition of Nínay can be found in the U-M Worcester Philippine History Collection. We also have microfilm copies of the first Tagalog translation from 1908 by Román Reyes, and the first English translation from 1907 by E.F. du Fresne. Paterno has written other works, many of which can be found in the Worcester Collection. 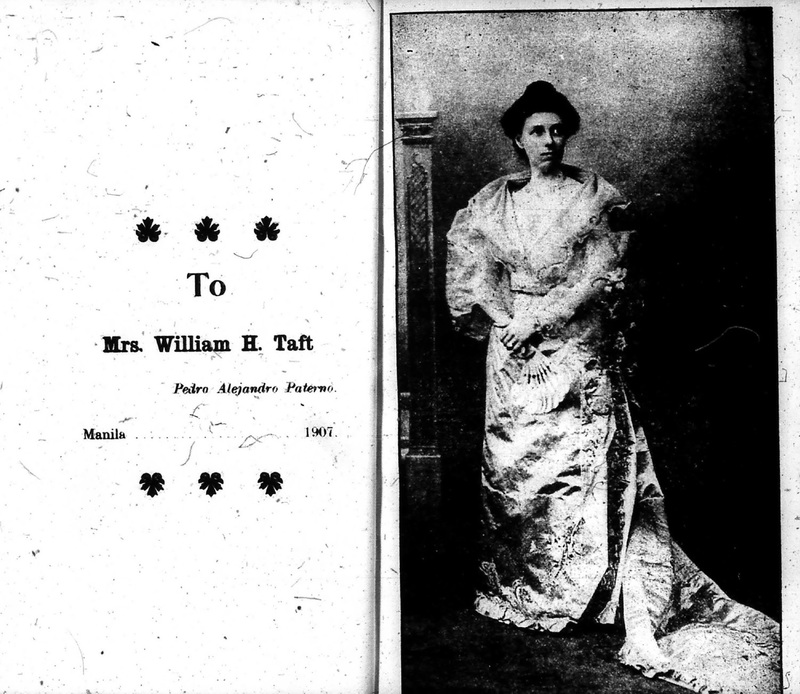 The Ohio-born Helen Herron Taft, wife of William Howard Taft, appears in this dedication page of the 1907 edition of Nínay, posed wearing the formal Tagalog attire for women. William Howard Taft was the American governor-general of the Philippines between 1901 and 1903. He eventually became the 27th US President. 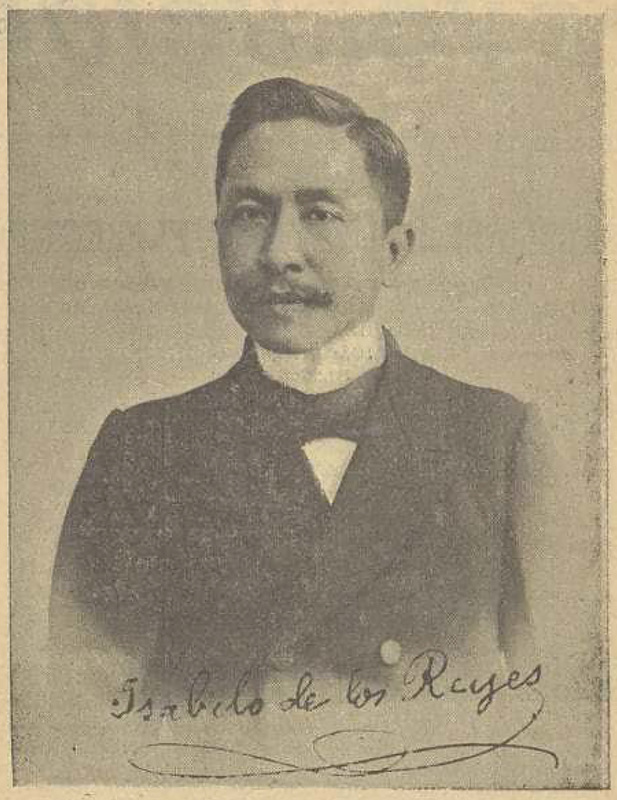 Another Filipino writer who wrote in Spanish was Isabelo de los Reyes, pictured above wearing a suit jacket and bow tie in a closely framed portrait. Widely considered as the Father of Philippine Folklore and the Father of Socialism in the Philippines, Reyes’s best known works were the two volumes of El folk-lore filipino (Filipino Folklore) from 1889 and 1890, a compilation of indigenous literature presented alongside its translation into Spanish. Included in the books are the folk epic Biag ni Lam-Ang (Life of Lam-Ang), and the poems of Isabelo’s mother, Leona Florentino, all written in Ilocano, the lingua franca of northern Philippines. The U-M Library has a copy of the English-language translation by María Elinora Peralta-Imson and Salud Dizon, as well as a microfilm of the second volume in Spanish. Other works by Isabelo in the Worcester Philippine History Collection include Historia de Ilocos (History of Ilocos), Las islas visayas en la época de la conquista (The Visayan Islands during the Period of Conquest), and a collection of articles on Philippine ethnography, history and customs.