Well-educated and urban women constitute the majority of young feminist activists, but their social concerns extend beyond the limits of their own lives. They hold deep empathy and compassion for marginalized women and have formed alliances and friendships with those who have stood up for their rights, including female laborers, domestic workers, landless rural women, and sex workers. Young feminist activists have introduced activism strategies to marginalized women’s groups and organized activities together with them.

Connection with these marginalized groups is of critical importance for young feminist activists. The connection itself demonstrates that feminism and social movements are not “privileges” of social elites and that the broader movement pursues holistic rather than partial justice. In the post-socialist era, activists have re-discovered class as a focus for their work, and have endeavored to explore and expand activism at the intersection of class and gender.

These efforts have laid a broad and solid community base for the movement and have helped develop an understanding of human rights actions in the Chinese context. The developing struggles of women suffering at the margins relate to both human rights and feminism. These two aspects of their activism do not represent separate battlefields.

On December 12, 2013, rural women formed a human pyramid in front of the Zhejiang Provincial Government office in Hangzhou calling for equal economic rights. In rural China, many women who “marry out” of their native community lose their separate legal identity as well as rights to their natal land and housing. Slogans on the women's bodies included: "Married-out women are like thrown-out water," "The tyranny of valuing men highly and women lightly," and "We must take our brothers' hukou (residence permits).” 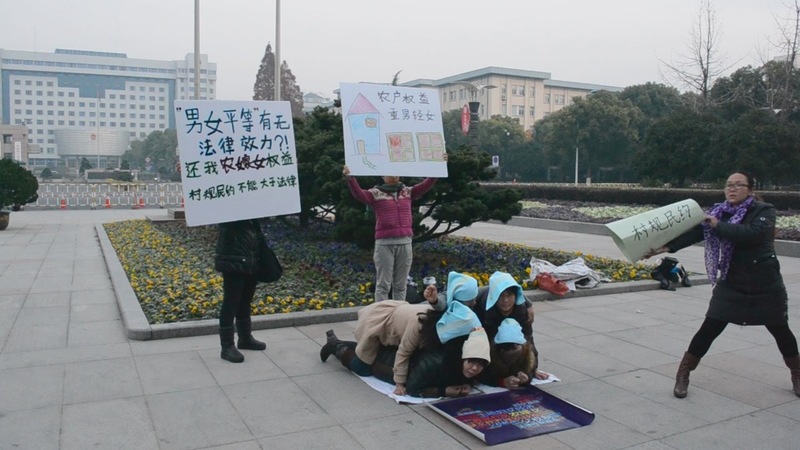 Lawsuit Against “Custody and Education”

On October 23, 2014, activist Zhao Sile filed a lawsuit against the Public Security Department of Guangdong Province, one of many efforts to abolish “custody and education.” This form of punishment is principally aimed at punishing sex workers and their clients by “re-educating” them for six months to two years, obliging them to perform manual labor and to undergo sexual health checkups. The practice was considered a violation of rights by human rights defenders and lawyers. 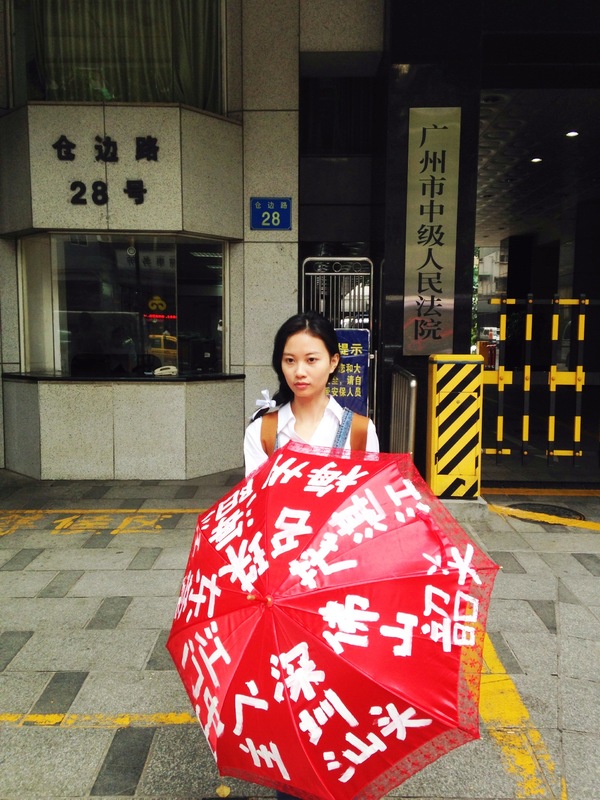 No Condom, No Sex

On August 2, 2014 (the Qixi Festival 七夕節, also known as Chinese Valentine’s Day) several young women inflated condoms with the phrase “No condom no sex, even if you’re a sunshine boy” and distributed the condoms to young couples calling for safer sex. “Sunshine boy” (暖男) is a popular online word describing a new type of ideal man. 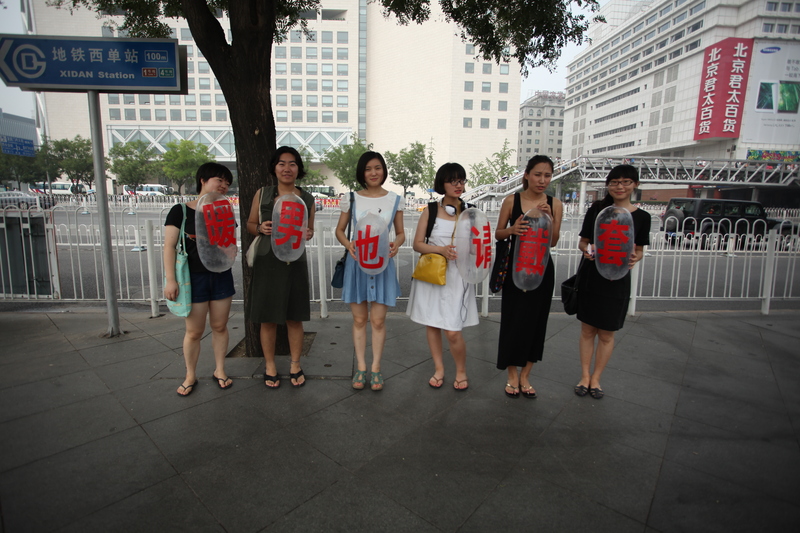 Happy Mother’s Day and Have a Day Off!

On May 11, 2013, in a park in central Beijing, several full-time mothers wearing cartoon costumes distributed roses to mothers walking past. This action was intended to both value mothers’ contributions and encourage other family members to assume more responsibility for family care. 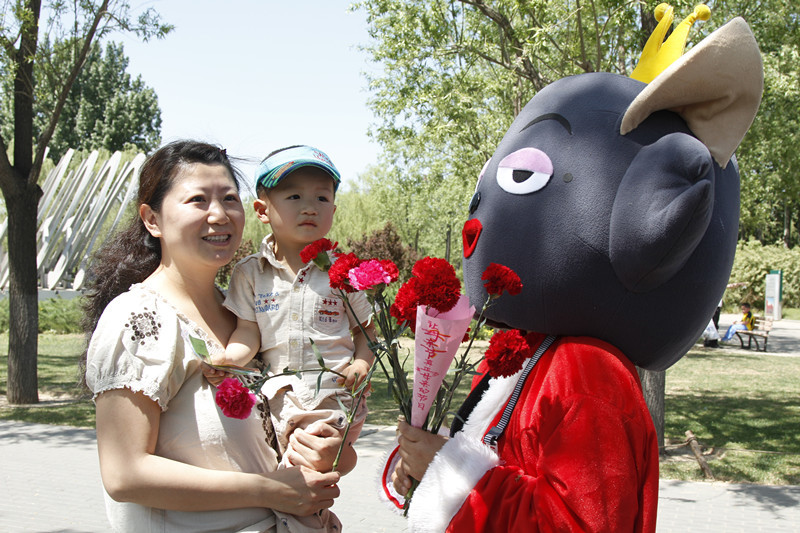