Young Feminist Activism (YFA) is a movement that emerged in China in 2012. With an emphasis on self-determination, direct action, and media publicity, this alliance of young people and their supporters from all over China pioneers new activist strategies under an authoritarian state that has not afforded its people the rights they are due. YFA members question injustice, promote gender equality, and engage in policy advocacy to advance women’s rights in Chinese society. YFA makes use of social media and the internet to provoke public debate, build public support, and mount pressure for social and self-transformation in China.

In the past three years, YFA has provided direct aid to survivors of discrimination and violence. These actions helped raise public consciousness and, at the same time, effectively sped up some improvements to relevant policy. In the process, YFA became a focus of both the Chinese public and extensive, international media coverage.

Visualization is essential for YFA. These visual tactics must be simple, powerful, and provocative in order to present and broadcast demands. In the past three years, YFA created and published thousands of photographs of their direct actions. Through these photos, YFA breaks the taboos of public action on the street. They use provocative performance to shock audiences. Their bodies are their weapons, and they rebel against gender normativity and reclaim taboos as a source of self-empowerment. Some of the images presented here have already become iconic within the Chinese feminist movement, as well as in international reporting documenting the movement from outside China. These images are also intended for public education: to challenge the status quo of Chinese civil society and to bring attention to the argument that women’s rights are human rights. YFA has also filmed dozens of short videos using simple tools and techniques. The videos are humorous and playful, widely spread throughout China among different community organizations and educational spaces. The photos presented in this exhibition are only a few of that wider collection. Collectively, the moments depicted in these photographs demonstrate the transformation taking place in China’s civil society.

This is a group of inspiring, talented, and brave people operating in the intersectional space of art, body politics, and social activism. Without equivocation, YFA members cite feminism as the origin of their self-taught knowledge, and believe their practices represent the continued globalization of feminism. Every moment presented here is a historically significant moment of social and self-transformation.

On the eve of International Women’s Day (March 7, 2015) five young feminist activists—Wu Rongrong, Li Tingting, Wang Man, Wei Tingting, and Zheng Churan—were arrested and held for 37 days. This case brought worry, confusion, and horror to feminists in China and throughout the world. People, individually and collectively, have acted with tenacity and perseverance to address this injustice within the boundaries of the law. Support for women’s rights is growing throughout China, with more and more people becoming aware of these issues. YFA’s contribution to this social awareness and growing movement cannot be dismissed or destroyed. They are participating in the future direction of the Chinese nation, and their images continue to circulate widely. 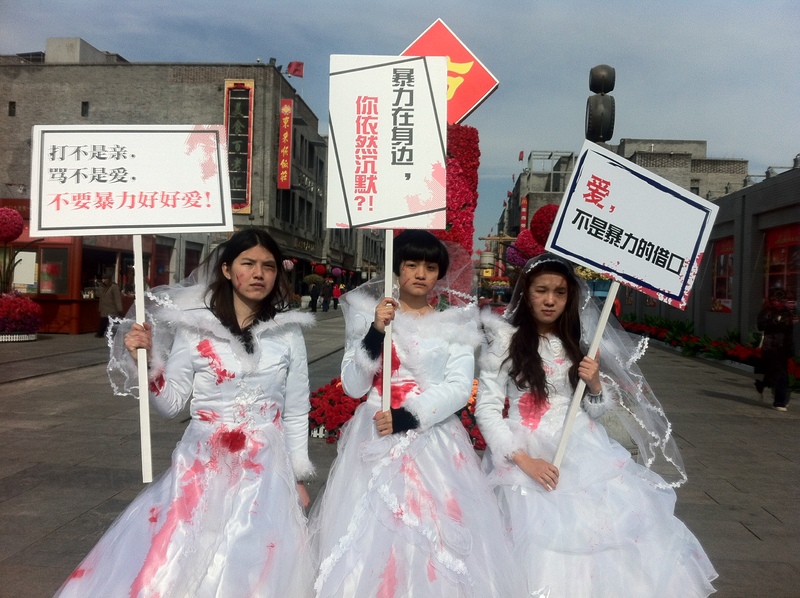 The Five Sisters: The Case of the Feminist Five