Young Feminist Activism utilizes irony in an effort to expose the absurd. Spontaneous and conscious discussions are surfacing in a number of online forums and other spaces. In response, opponents of freedom of sex, temperament, marriage, and lifestyle are also emerging. Arguments between the opposing sides are common, but an increasing number of women are taking a stand to join the movement.

These arguments aren’t just a war of words. Public opinion serves as a protective umbrella for discriminatory policy; therefore, participation in these arguments plays a very important role in policy change.

Young Chinese feminist activists launched a protest against the gender discrimination of the Chinese New Year Gala by CCTV (China Central Television). This protest was also intended to fight against the monopoly and regulation of official rhetoric. This event was the last and most successful action prior to the Feminist Five’s detention in March 2015. As many more women grow clear in their position, the size of the debate continues to grow.

Smashing the Vase: Not Just a Pretty Face

On September 16, 2012, college students in Wuhan, a capital city in central China, completed a performance art piece at the entry of the university. In this piece, they smashed a vase covered with stereotypes about women to protest against their school’s beauty queen contest. The characters for “vase” (花瓶) are slang for “eye candy” in Chinese. 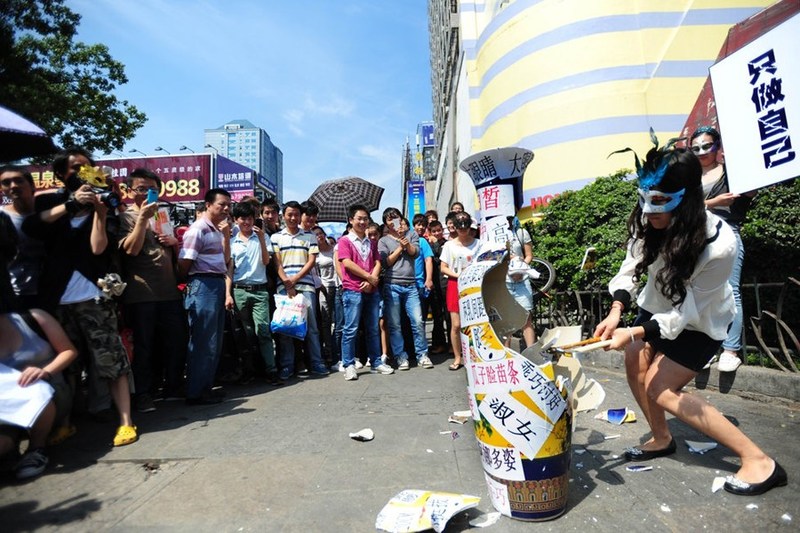 Protest Against the "Lady Class"

On March 3, 2013, a man wearing the skirt of the school uniform started to knit a sweater at the entry of a famous high school in Guangzhou. Through his action, he was protesting the opening of a “class for ladies” in the school. According to media reports, the class was intended to cultivate “ladies” by teaching skills such as housekeeping. 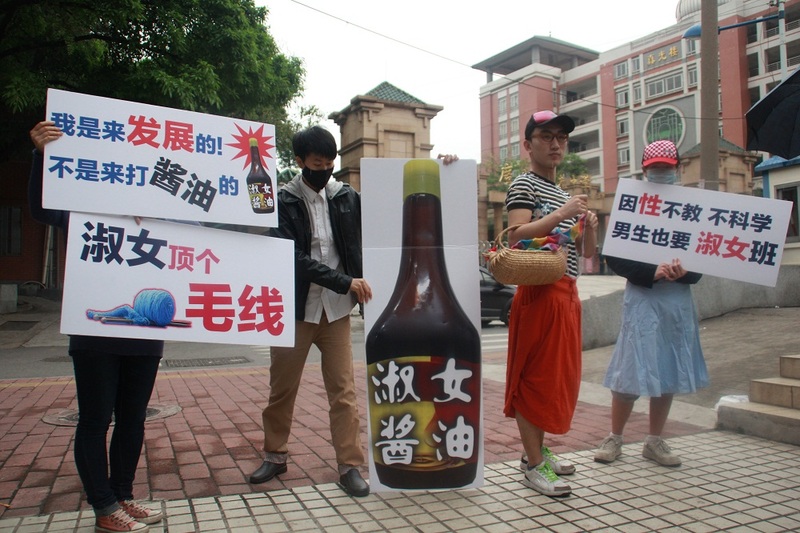 On February 14, 2014 (Valentine’s Day), a group of male and female activists went to the headquarters of a famous dating website in Beijing with drums, ukuleles, slogans, and a letter. The website had released a new advertisement showing a young women getting married under the pressure of her grandmother during the Spring Festival, a traditional festival when families gather. The advertisement caused nationwide controversy. In response, activists sang a song and sent a letter to the website demanding an end to the advertisement and respect for women’s choices whether to get married, criticizing the prevalent stigma of “leftover women” (剩女). On the same day, the website offered an apology via email and promised to suspend the advertisement. 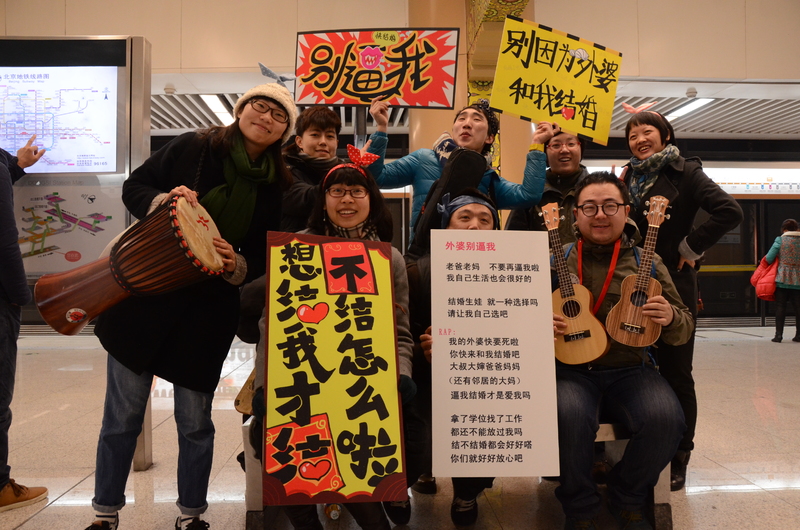 On April 8, 2013, in downtown Xi’an (the north-west provincial capital), three young women dressed as the Japanese manga character Sailor Moon to fight verbal abuse against women. In 2013, Chinese internet users popularized the term “Green Tea Bitch” (绿茶婊) to describe ambitious women who present themselves as ignorant, pure, and innocent. “Green Tea Bitch” is just one example of misogynistic language developed to denigrate women. The Sailor Moon action advocated for an end to violent language towards women and encouraged society to treat women with more respect. 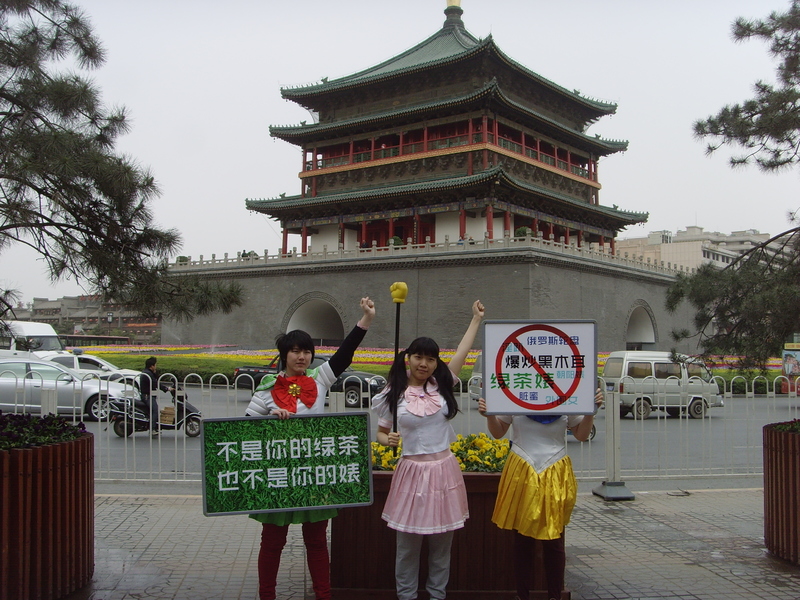