In 2012, a group of feminists used performance art to protest sexual harassment on the subway and documented their actions in real-time via social media. This action brought heated debates throughout online and mainstream media. Their slogan—“I can be slutty—still you can't harass me”—publicly advocates for women’s self-determination of their bodies and sexual rights, and demands a change in binary gender normativity. From that point forward, feminist performance art took off in China with strong rhetoric opposing victim blaming and emphasizing women’s freedom and liberty.

Usually these actions are labeled “extreme” and receive negative criticism; however, they are successfully reshaping the status quo. They ask how to deal with gender-related power dynamics in social relations; how schools, education departments, and employees can be held accountable for sexual harassment; and ultimately, what the judicial and police responsibilities are regarding this particular issue. 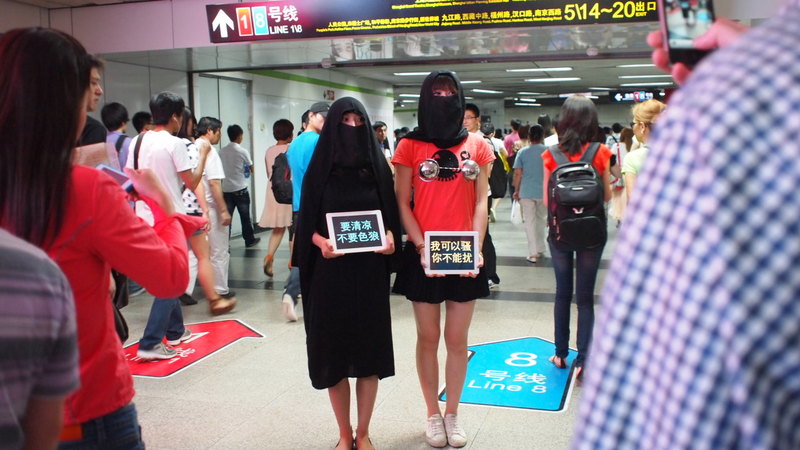 "Principal, get a room with me. Leave the school kids alone."

On May 27, 2013, women’s rights activist Ye Haiyan protested with a sign in front of an elementary school in Hainan Province where the school’s principal was sued for taking six elementary school girls to a hotel. This post quickly went viral on social media and thousands of users responded by posting images of themselves holding similar signs. After she returned home from the campaign, Ye was assaulted and detained by public security officials. It was one of the most influential cases of the year related to women’s rights. 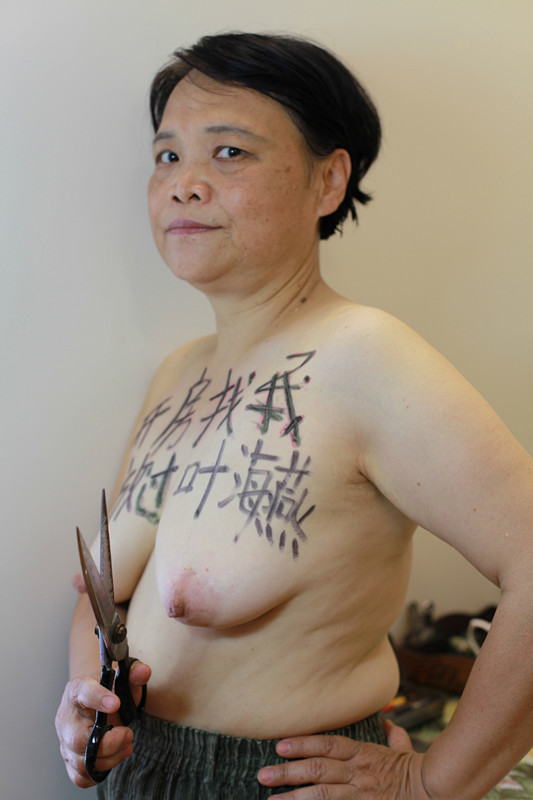 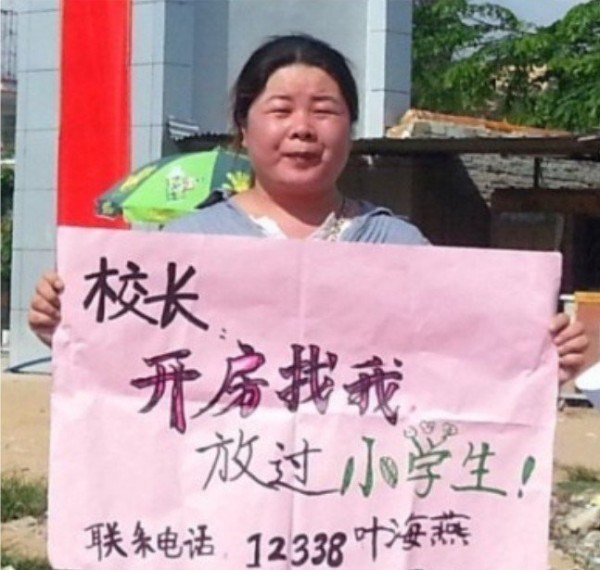 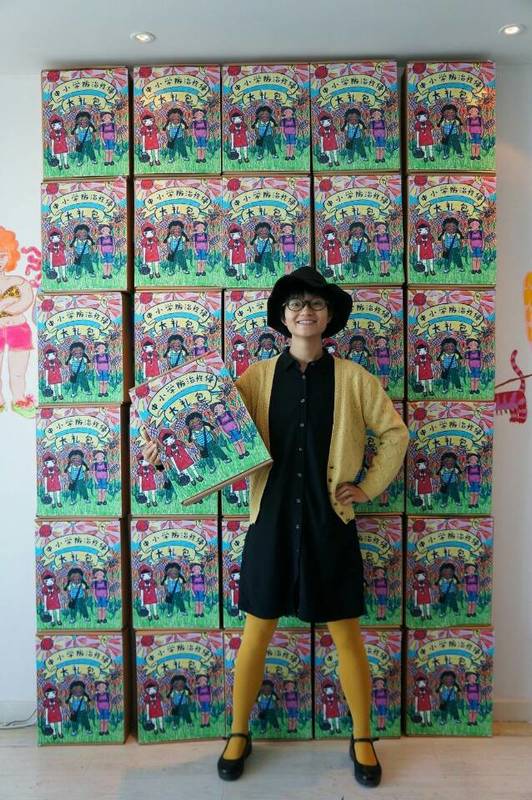 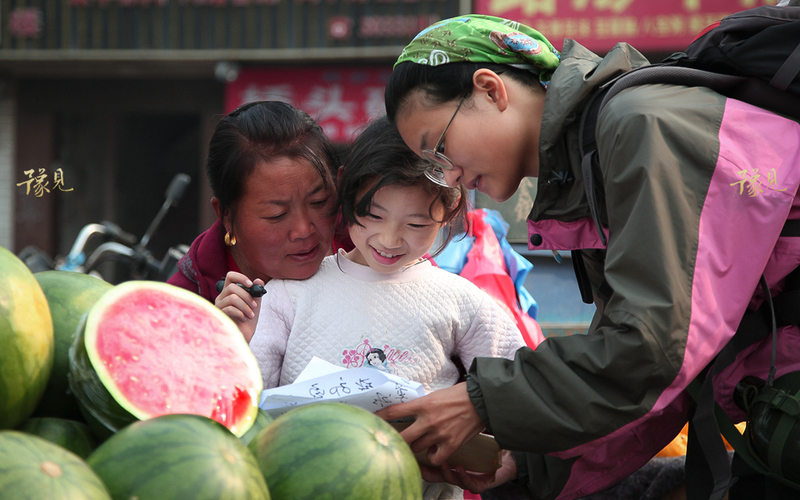 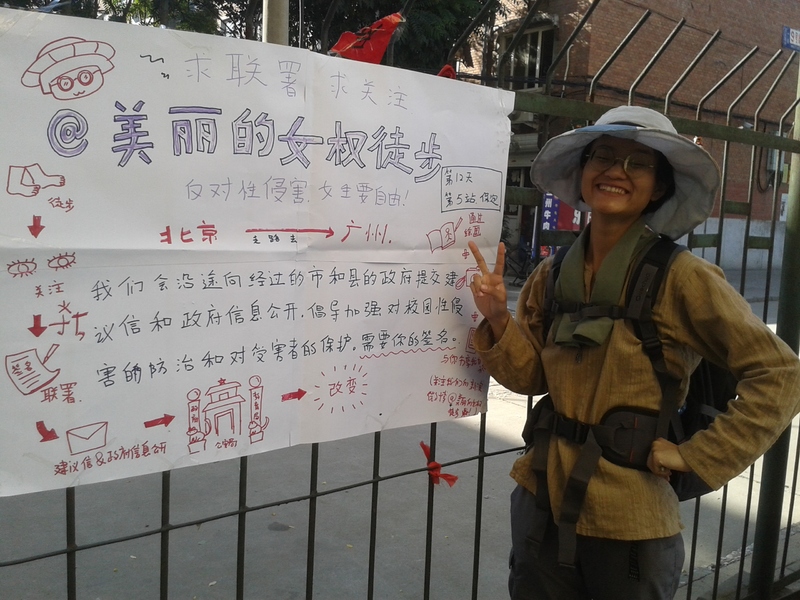 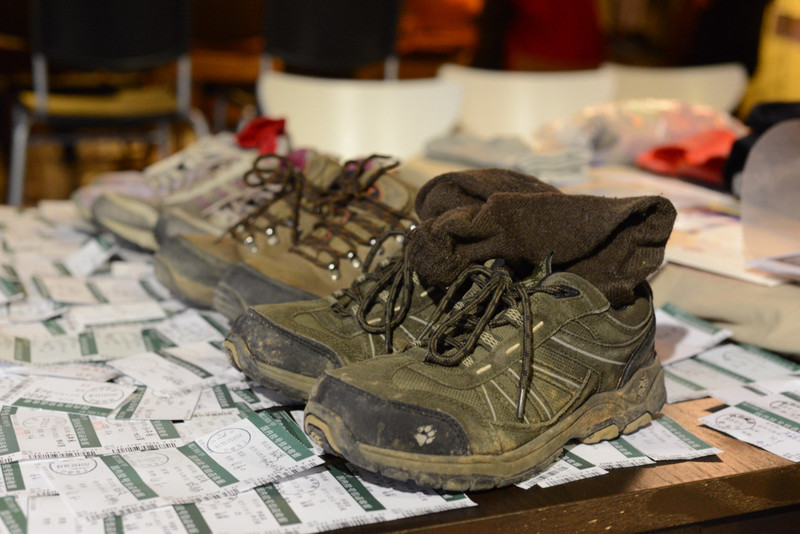 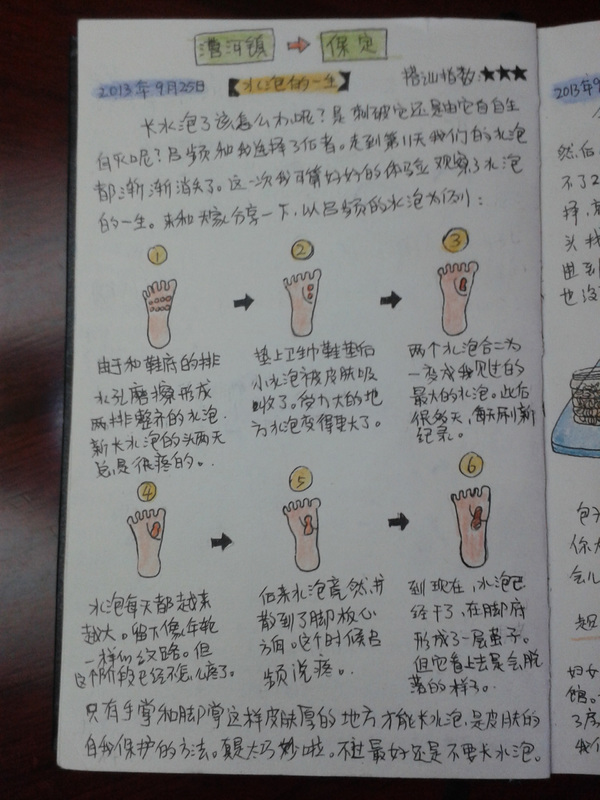 In September 2013, 24-year-old feminist activist Xiao Meili started her march from Beijing to Guangzhou calling for public attention and government action to end sexual assault on college campuses. She walked for more than 170 days, covering more than 2,000 kilometers, and passed through five provinces and more than 50 cities. She also intends to shatter myths around women’s freedom, safety, and self-protection. She has created a series of visual diaries, holds exhibitions, and has delivered dozens of lectures.