Chinese women are making great contributions to society, however, they continue to be regularly excluded from having equal opportunities in education and employment. State regulations against discrimination are extremely weak. In fact, discrimination is pervasive in many companies and institutions. Despite opposition from women, gender discrimination has been largely rationalized throughout the whole of society.

The exposure of gender discrimination policies (for example, lower minimum admission scores for men compared to those for women) in college enrollment in China provoked a series of public objections. These issues further aroused and maintained public attention, ultimately leading to a compromise by the Ministry of Education. The above-mentioned controversy originated from a type of anxiety known as the “boy crisis,” in which men enjoy extra protection due to the worry that they will lose their superior status and masculinity.

No to “Gynecological Examination Gate”

On November 26, 2012, about ten college students “flash mobbed” the front of the human resources and social welfare department of Hubei Province in central China. According to the current admission regulations, female candidates for civil service positions must go through a detailed gynecological examination. The students believe this violates women’s privacy, and has nothing to do with whether or not one is qualified to work in public service. 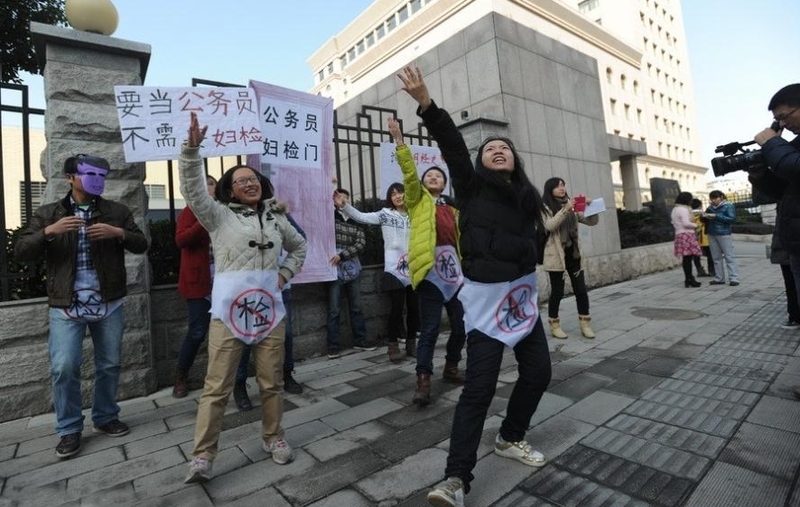 Huang Rong sought a declaration that gender was not an acceptable reason for her to be denied employment. According to the verdict made by a Hangzhou court in east China's Zhejiang Province on November 12, 2014, Huang was awarded 2,000 yuan (USD $326) in damages. This was the first Chinese court case related to gender discrimination in employment since China adopted the Law on the Protection of Women’s Rights and Interests of the People's Republic of China (中华人民共和国妇女权益保障法) in 1992. 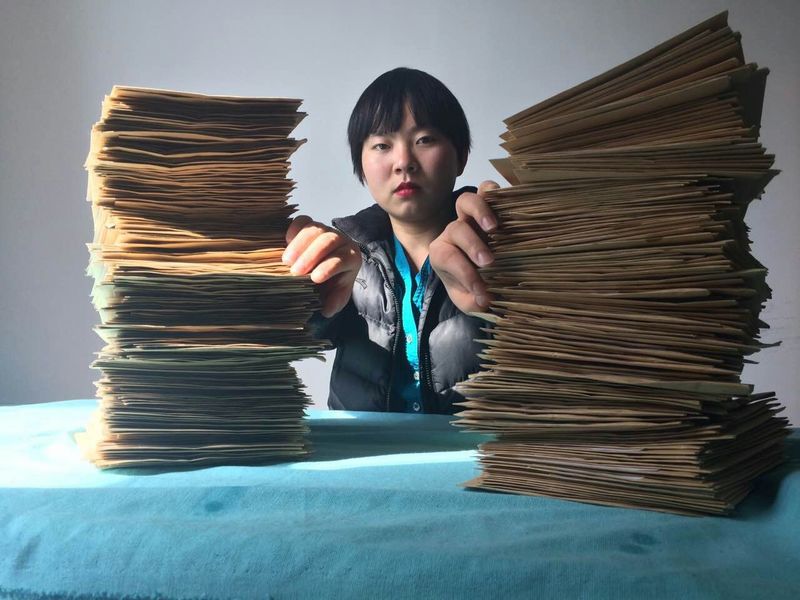 On August 30, 2012, four women publicly shaved their heads in Guangzhou to protest gender discrimination in university admissions. The following day, two women in Beijing followed their actions, and eventually more than 20 women and men joined the campaign appealing to the Ministry of Education to end discrimination. 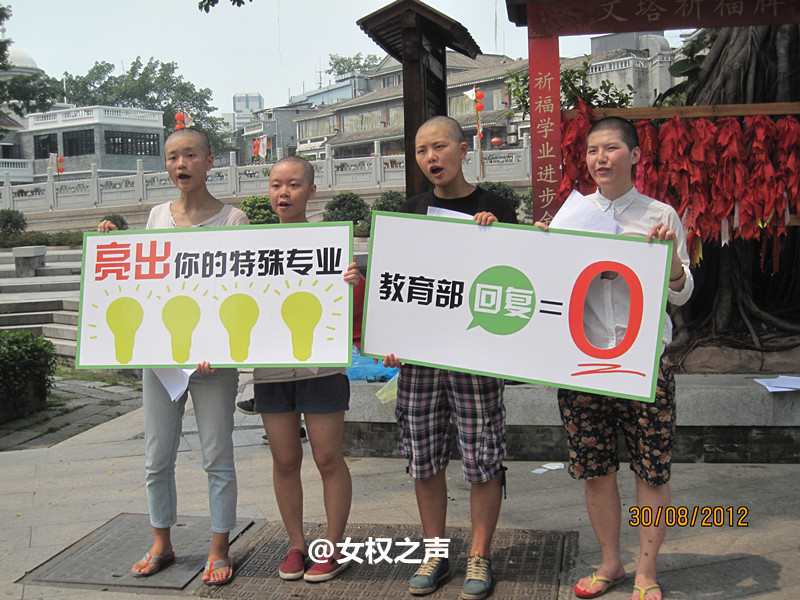 On June 18, 2013, several activists dressed up as pregnant women of various professions to support women recently fired because of their pregnancies. The activists arrived at the company that fired the women to distribute leaflets to women and encourage them to bravely defend their rights. 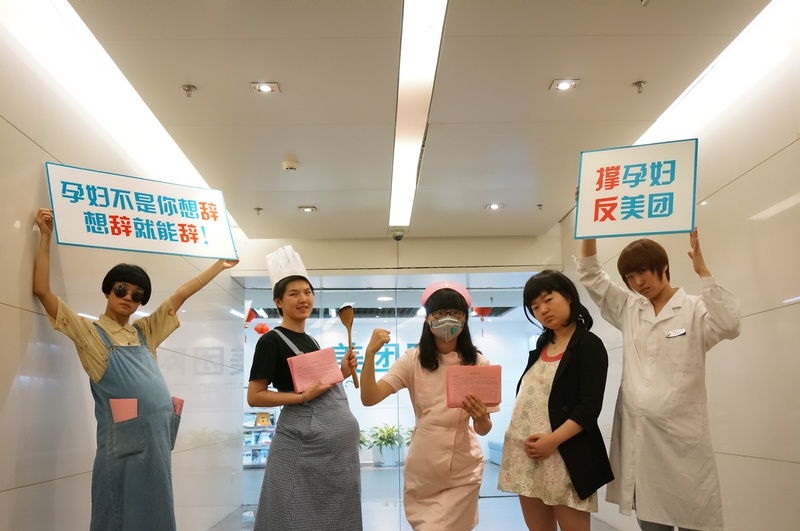 Call the Education Department for a Change

On February 28, 2013, college students protested gender discrimination in college admissions in front of the Admission Examination Committee of Guangdong Province in southern China. Playing on Chinese slang, the protesters held signs saying, “Government officials who don’t do their duty are better off going home and roasting sweet potatoes” (当官不为民做主,不如回家烤红薯). Holding sweet potatoes in their hands, the protesters satirized the impertinence of education officials. 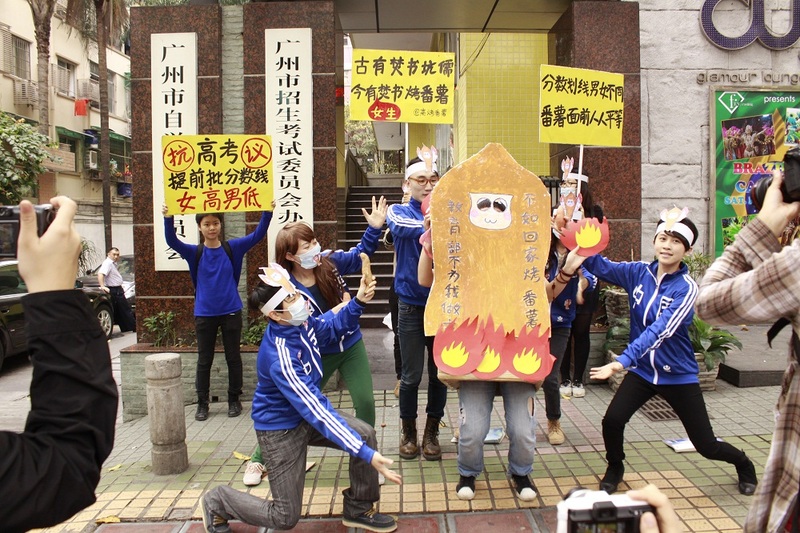