On May 16, 2013, to celebrate International Day Against Homophobia and to raise public awareness of LGBTQ rights, several lesbian couples performed a “flash mob” at a tourist site in Beijing. The couples kissed in public, and when a voice shouted “Go to hell,” they all fell down to the ground pretending to die while holding a red cross which read “Homophobia kills” covering their bodies. 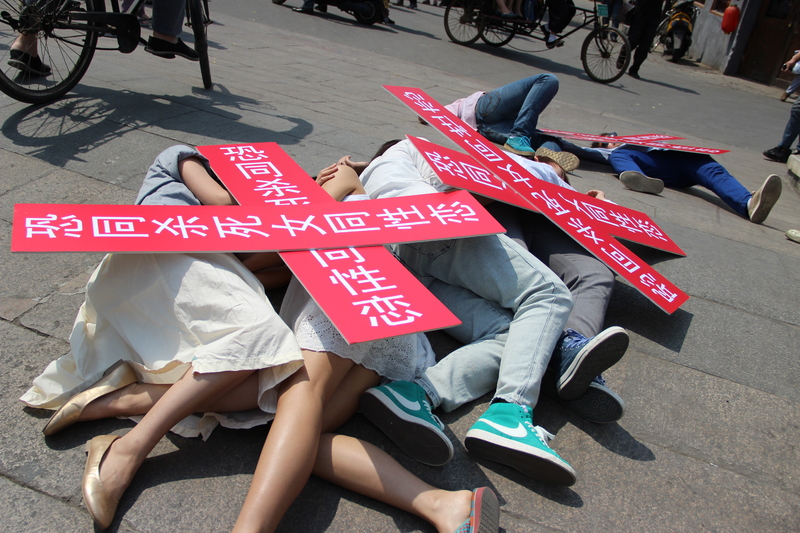