Buddhist pilgrimages center around key sites in the life and death of the Buddha, most of which are located in Northern India and Southern Nepal. The Buddha is said to have identified four significant places of pilgrimage to His followers where He experienced religiously important events during His lifetime. In doing so He enshrined travel and pilgrimage at the core of the Buddhist religion. Buddhist teachings identify four additional places of significance, creating a total of “Eight Great Places” that are common sites of Buddhist pilgrimage. However, there are many more places that travelers visit as a part of their quest for spiritual enlightenment. Key among these sites are Lumbini, the Buddha’s birthplace in Nepal; Bodh Gaya, the place where he attained enlightenment; Sarnath, where he delivered his first teaching; and Lhasa, the traditional home of the Dalai Lama in Tibet. Pilgrims to Lhasa sometimes make their entire journey by doing full body prostrations along the ground. 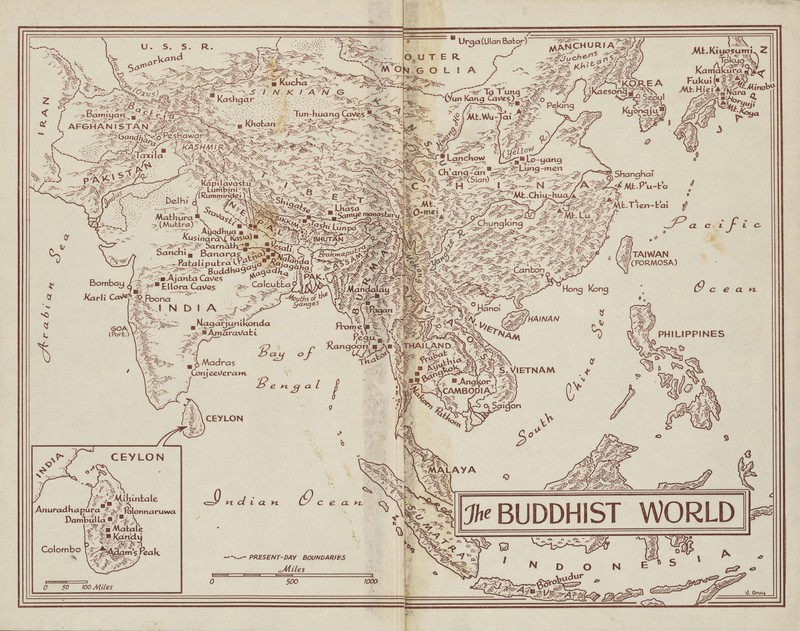 This map notes places of geographic and religious significance to Buddhism throughout Asia. 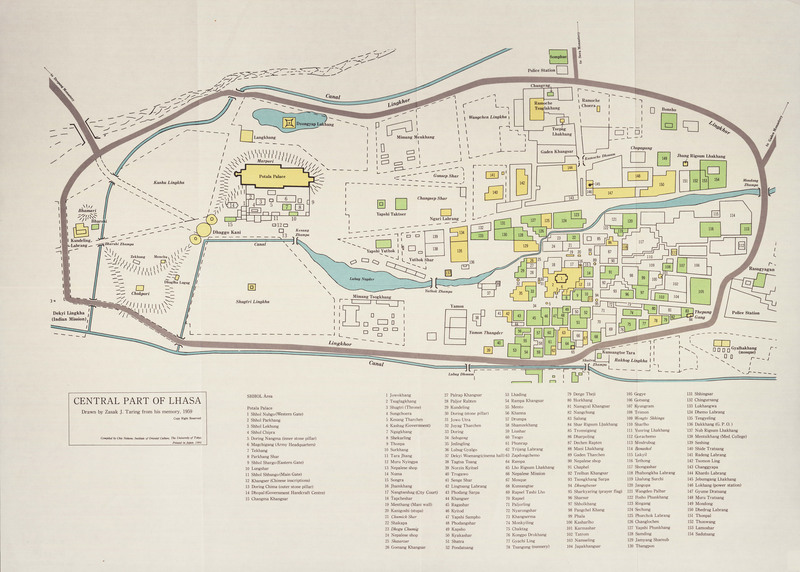