Desdemona in her Own Words

Desdemona is a difficult Shakespearean heroine for modern audiences to grapple with. The spontaneity and afffection she shows in defending her marriage to Othello are immensely appealing and 21st century audiences are undoubtedly sympathetic to her efforts to involve herself in the political world outside the domestic sphere. But as the play progresses, frustration arises when Desdemona appears at first oblivious, and then distressingly accepting of Othello's increasing anger and violence, even to the point of absolving him for her own murder. 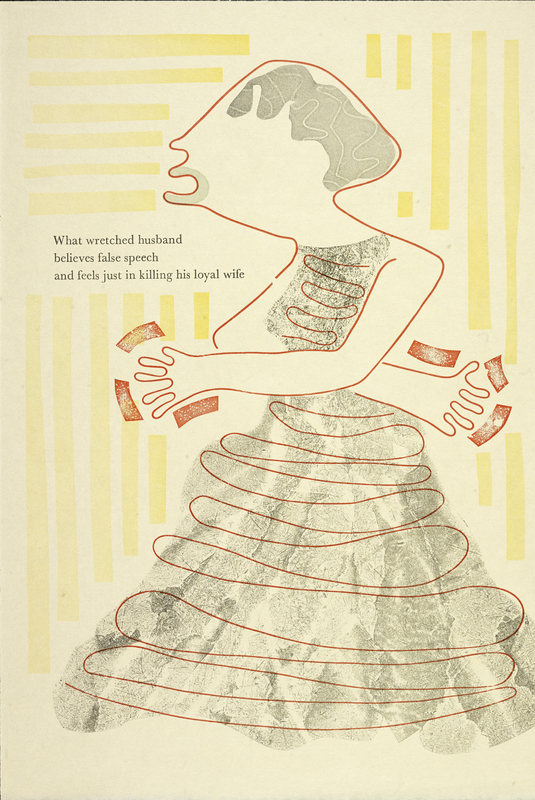 Emily Martin's artist book Desdemona in her Own Words presents an interpretation of Othello in which Desdemona speaks with the same words that appear in Shakespeare's original, but reorganizes them into statements and sentiments that openly express her anger and frustration. In describing the work, Martin explains that, "while I cannot make Desdemona say some of the things I wished she would, she speaks for herself here, not as anyone's pawn." The prints on display here offer a taste of Martin's visual "play," made powerful not only through Desdemona's new lines but by the gesticulating figures in Martin's collagraphs. 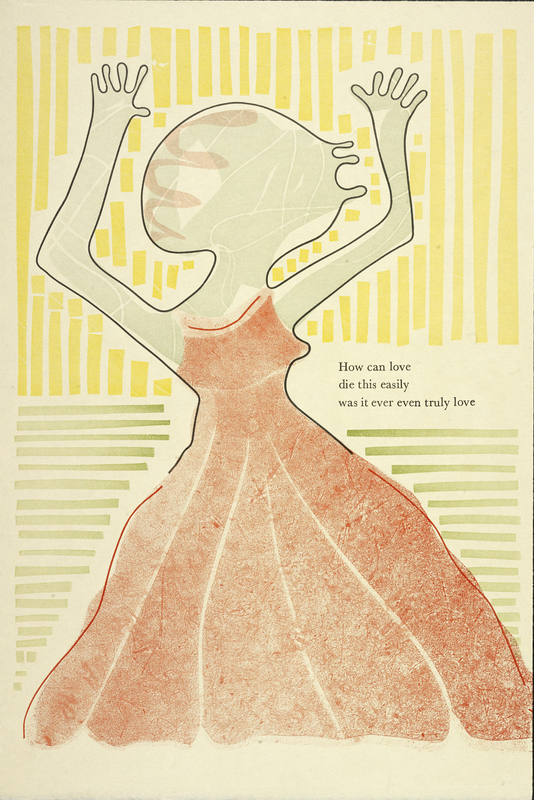 King Lear's tragic events are set in motion when the elderly King Lear chooses to place his faith in his two older daughters' hyperbolic descriptions of their love for him, rather than his youngest daughter's plainer truth that she loves him as a daughter should. Interpretations of the play have gravitated towards two opposing views: a regenerative vision in which Cordelia's love redeems Lear after he has learned wisdom from his suffering or an an apocalyptic view of Lear's (and Cordelia's) suffering as meaningless. 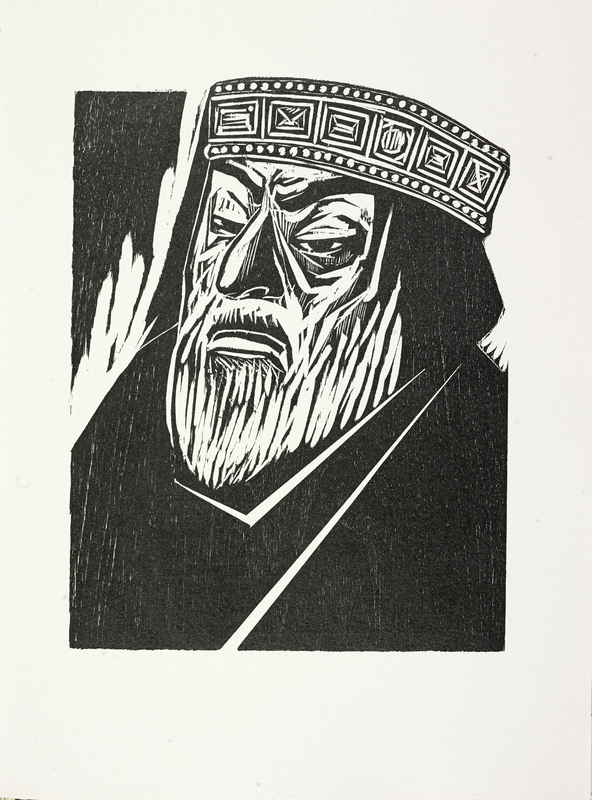 R.A. Foakes, editor of King Lear (Arden Shakespeare: Third Series), suggests that reading Shakespeare is a matter of acting out a play in the mind by deeply immersing oneself in the language and personality of each character. This kind of intense reading is encouraged by fine-press editions such as Theodore Press' The Tragedy of King Lear (1986) for which artist and typographer Claire Van Vliet provided woodcut illustrations. Van Vliet's stark black-and-white images present an unflinching portrait of Lear's transformation from reigning monarch and pater familias to a broken man bereft of all the trappings of his worldly existence. 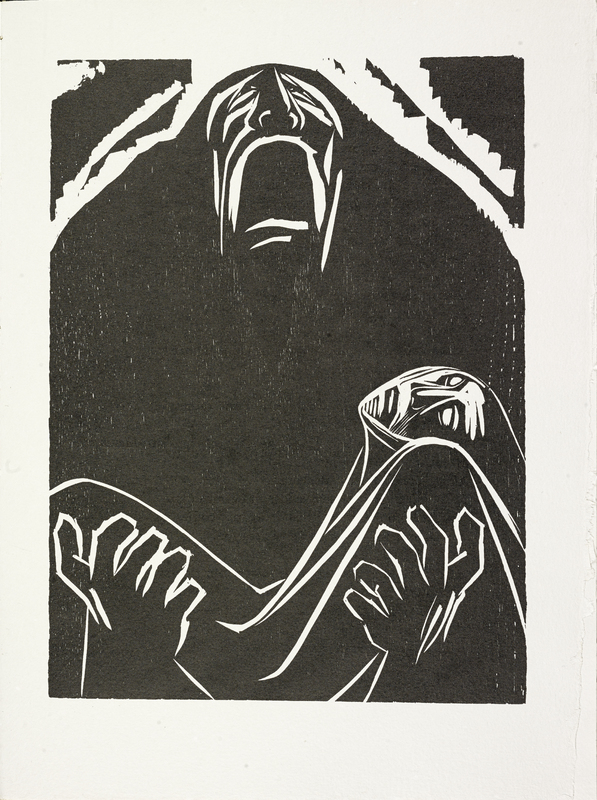