The First Folio of Shakespeare was published in November 1623, only seven years after the death of the author at his home in Straford-upon-Avon in 1616. It was a large volume containing 36 of the 39 plays now widely accepted as either completely or partly by Shakespeare. Ironically, there is no evidence that Shakespeare himself ever made a concious effort to see his entire work printed in this fashion. Despite the obvious editorial greatness of the First Folio, there are still questions about how accurately the printed page reflected what Shakespeare originally intended to be represented on the stage. Furthermore, by their very nature, playscripts function as building blocks of theathical performance. While Shakespeare the Bard reigns alone on the page, when his plays are staged they become cooperative works, co-authored by directors, set & costume designers, actors, and even audiences. 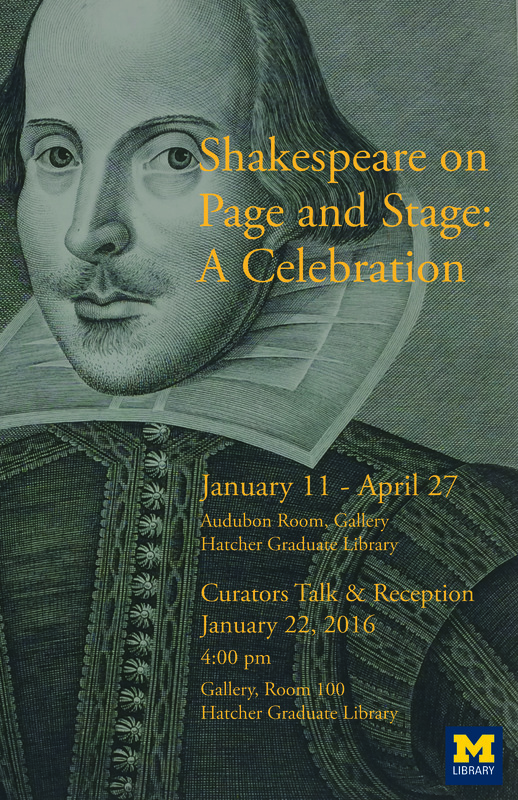 Exhibit Poster: Shakespeare on Page and Stage:
A Celebration