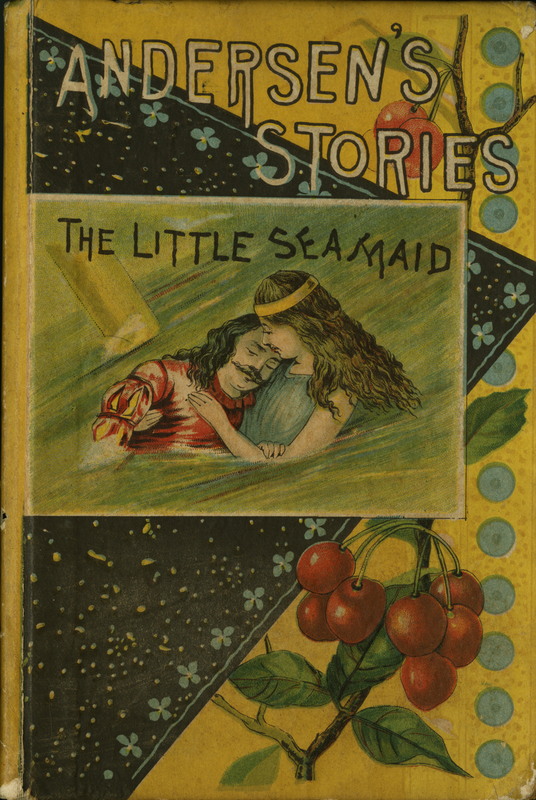 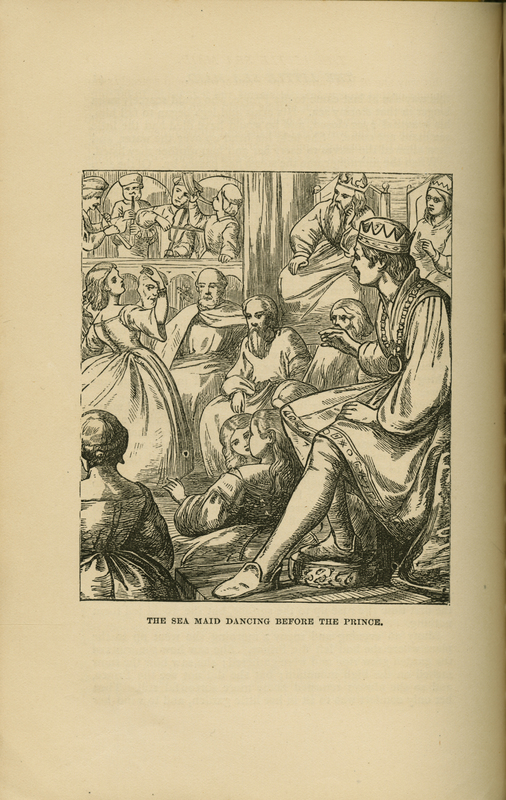 The single illustration included in the text of The Little Sea Maid depicts the mermaid in her human form dancing for a packed court, and demonstrates how this edition promoted English cultural values such as emotional restraint. Andersen’s stories, critic Julia Briggs acknowledges, with their detailed descriptions of suffering, make “few concessions to nursery sensibilities, and some of what is taken for sentimentality may simply be an entirely un-English lack of reticence about strong emotions.” It is therefore of note that in the one scene illustrated in this English translation, the mermaid is characterized by a “stiff upper lip;” despite feeling that she is walking on needles and knives, she dances for the court beautifully and with an expression so untroubled that not one face in the crowd gazing upon her shows any distress on her behalf.

If You Love a Mermaid Tale, illustrated by Susanna Lockheart, exemplifies intricate paper engineering techniques. As described by the Smithsonian Museum’s exhibit on paper engineering, “Movable and pop-up books teach in clever ways, making the learning experience more effective, interactive, and memorable.” Rather than incorporating elaborate pop-up elements, Lockheart’s book uses subtle motions of the paper to gradually change the scenes. This style of paper engineering helps to convey the "fairytale ending" of Disney’s adaptation of “The Little Mermaid,” as the dark image of the shipwreck transforms into the contrastingly joyful ending. The paper engineering enhances both the magic of the fairytale and its interaction with readers.

This 2010 version of “The Little Mermaid” tale has plot elements that differ from the original story. The 1837 Hans Christian Andersen tale ends with the mermaid failing to win the Prince’s love and turning into seafoam. The reward of the original ending lies in transcendence for the mermaid, but this element of character maturation has been removed from If You Love a Mermaid Tale and replaced with the simpler happier ending common in contemporary children’s books. The elaborate, joyous wedding scene depicted on this page is in line with the fundamental changes to the story introduced in Disney’s 1989 film. The Disney movie is the first adaptation in which the mermaid actually achieves her goal of making the prince fall in love with her, and the widespread popularity of this altered ending influenced later versions like Lockheart’s.