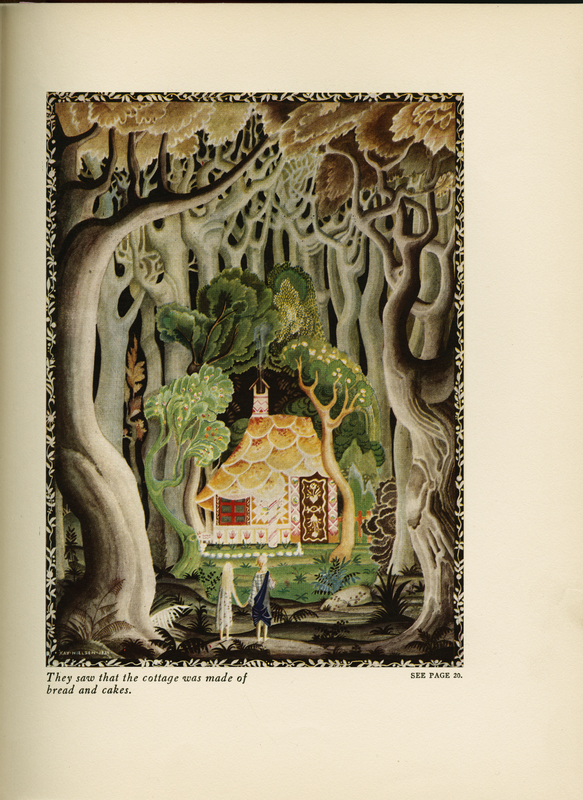 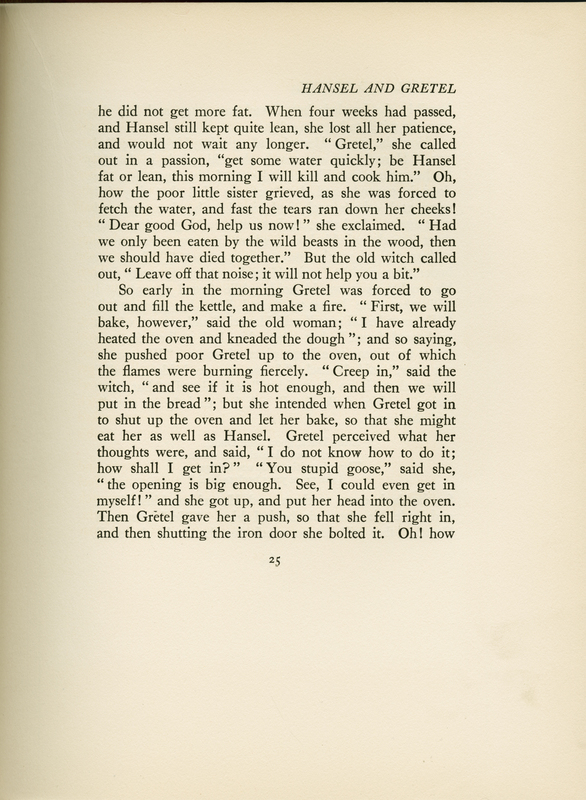 The book Hansel and Gretel and Other Stories, published in 1921 and illustrated by Kay Nielsen, includes the fairytale “Hansel and Gretel” written by the Grimm Brothers. The Grimms’ collection of stories originated from tales that were handed down from previous generations. Although we call most of these stories “fairytales” today, they did not start out with classical “fairytale endings,” and weren’t originally composed for a child audience. However, over the years, the Grimms’ stories were modified and stripped of inappropriate content, and published for kids.

In this version of Hansel and Gretel, the illustration by Nielsen further mutes the terror of the original tale. The illustration is colorful and presented from the perspective of the two children. The trees directly surrounding the house are vibrant, while the outer forest is dull. This use of color grabs the attention of a younger audience and engages them with both the image and storyline by provoking curiosity about what might be inside the witch’s house. Nielsen, a well-known Danish illustrator active in the early 19th century, drew inspiration from myth and folklore and from Japanese art; both of these influences can be observed in the style he uses to illustrate the trees. Nielsen’s career peaked during what was called the “golden age” of book illustration, when technology rapidly advanced and permitted inexpensive color reproduction of art, making possible the inclusion of many colorful illustrations in this large book. 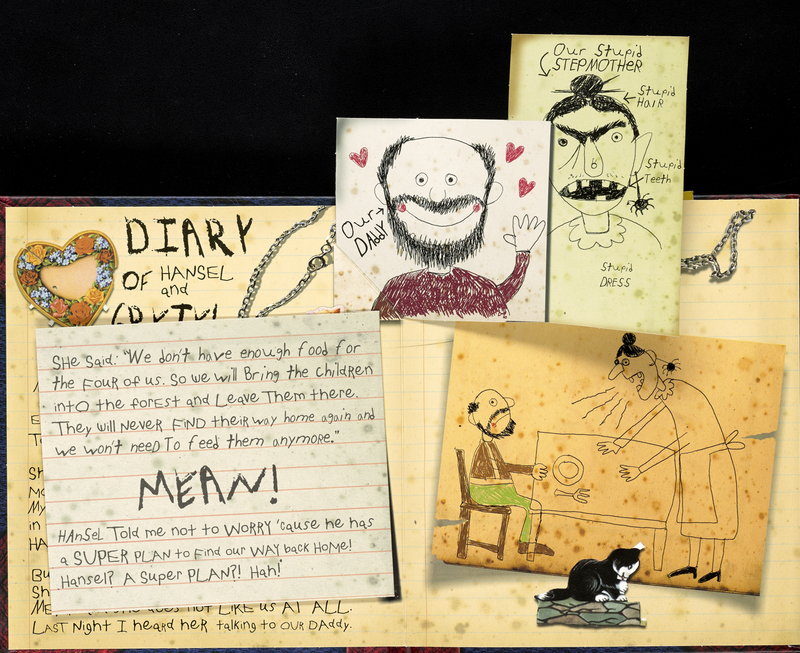 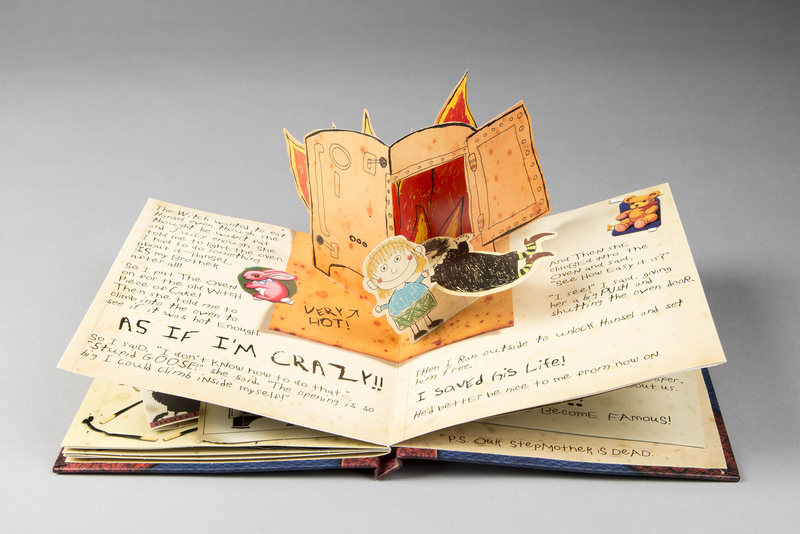 This edition of Hansel and Gretel follows the traditional narrative of the story but defies the norms of the typical telling by turning the tale into a journal from Gretel’s perspective. Moerbeek’s adaptation demonstrates a child’s relationship towards authority in the 21st century by privileging Gretel’s point of view. Gretel’s freedom to assert herself in society is exemplified when she repeatedly writes with a snarky and sarcastic tone, which is demonstrated on the first page, when she introduces the reader to her family. Her words show her freedom to disagree with adults, hold her own opinions about her family, and express her judgments; these are all things that would not have been allowed when the original story was published in 1812.

The pop-ups are an interesting feature of this edition. This change in the presentation of a traditional story shows how views about childhood have transformed over time so that children are now encouraged to have more fun when reading. The pop-ups broaden the audience to include children of all ages by incorporating an interactive element. For example, a major plot point of the story—Gretel shoving the old witch into the oven—is depicted with an oven door and flames standing out from the book, making it easy for a younger reader to visualize the action. Also, since the book is set in journal format, it utilizes a font that mimics a child’s handwriting. Moreover, Moerbeek doesn’t always use proper grammar and sometimes incorporates capitalization for emphasis. These stylistic choices help children to relate to what they are reading because they not only can visualize the story, but they can also see themselves in it.