Sephardic music, of course, has its roots in Jewish tradition and their homeland of the Iberian Peninsula. But as Sephardic Jews settled elsewhere, influences from those other countries have become intertwined in traditional ladino music. The lyrics of many of the songs were preserved and passed down through generations from the Sephardim originally from Spain and Portugal, but as they moved to different parts of the world, rhythms and melodies were lost and changed. In the Ottoman Empire, specifically, there was a policy of religious freedom, which allowed for the Sephardic Jews who settled there to preserve their culture, language, and songs for so long. 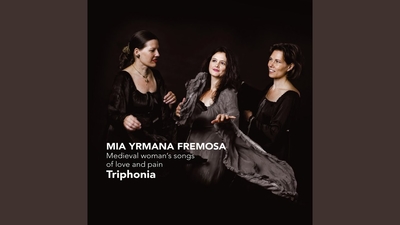 Mia Yrmana Fremosa: Medieval Woman's Song of Love and Pain, an album in the Ladino collection shown above, in particular shares classic themes of traditional Ladino music. You can click on the video above to hear this song. At the time of the Inquisition, Ladino music was heavily influenced by the themes of Spanish ballads. These songs often told stories of heroes, knights, pain, loss, and romance, but overtime came to tell of more general themes like relationships, gossip, and other common life occurrences. Ladino songs were traditionally sung by women, often while doing work around the house, without any accompanying singers or instruments. In performances, weddings for example, percussion instruments are sometimes used. Instrument choice in Ladino music has often been influenced by the culture of the country in which it was performed.

Overtime, Ladino music has evolved and flourished, combining modern and contemporary influences with the traditional lyrics and melodies. Artists, predominantly in the twentieth century, worked to preserve the Ladino language and stories by focusing on music. Many Sephardic artists would converse with native Ladino speakers to turn the oral tradition to written and recorded works that could be saved for future generations.