An American Jew from Boston, Judy Frankel (1943 Boston, MA - 2008 San Francisco, CA) began her career as a classical musician who later performed and recorded centuries old songs that originated with Sephardic Jews from Spain in the 15th century. She was born an Ashkenazi Jew, as her ancestors came from Eastern Europe, giving her no blood ties to the Jews of Spain and Portugal. She discovered her passion for Sephardic folk music in the 1960s when she heard folk singer Theodore Bikel (1924 Vienna, Austria - 2015 Los Angeles, CA) perform in a concert.

For the next 40 years, she dedicated her life to performing Sephardic music in the Ladino language, and came to be known as one of the leading interpreters of traditional Sephardic music.

After relocating to San Francisco, Frankel began interviewing members of the Jewish Community in the Bay Area in order to collect the traditional folk songs of the Sephardic Jews While performing the songs in Ladino, Frankel would give audiences an English translation of the lyrics, in addition giving credit to the individual who passed the material down to her. Several of her songs, including Los Bilbilicos and Adio Querida are featured in The big Jewish songbook, compiled, edited and arranged by Velvel Pasternak, the largest, most comprehensive, broad-based, Jewish music collection ever published, essentially a music library compiled in a single book. 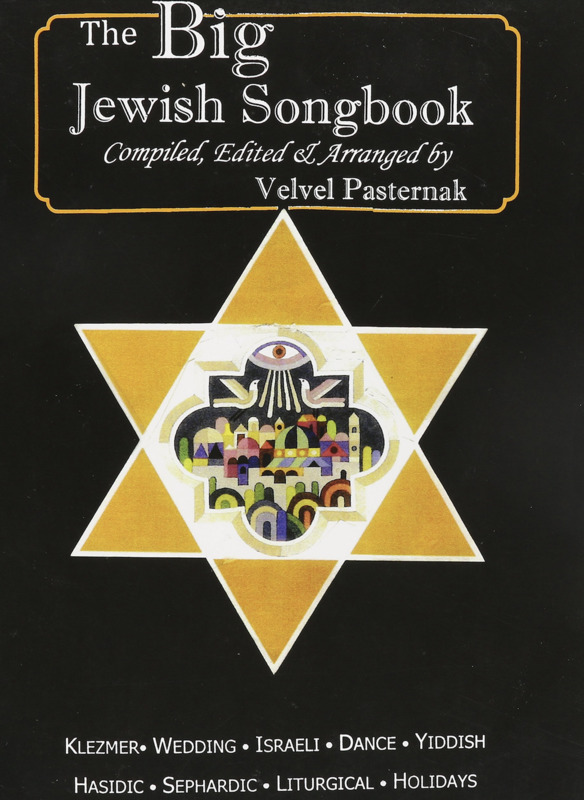 The image above shows the cover of the The big Jewish songbook with a large yellow Star of David in the center.

Her performances took her to many of the places that Sephardic Jews settled after the expulsion, like Turkey, Greece, and Morocco. She collected songs that were passed down through the oral tradition, a commonplace in the Sephardic culture. She participated in Ladino concerts, bringing back Ladino music to the places where it had first been expelled. She dedicated her musical career to being a tool in which a dying language was not only kept alive, but allowed it to thrive. Frankel was one of the first, and still one of the few, singers of Sephardic songs who learned songs directly from the people whose tradition it was and focused on the people who passed on the music rather than the music itself.

Her performance of Los Bibilicos can be found by clicking the video below. 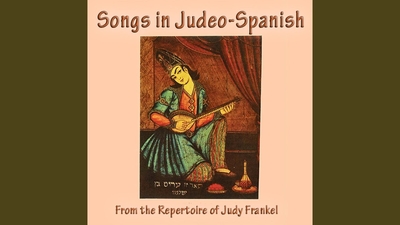 Like Frankel, Theodore Bikel was a prominent non-Sephardic Jew who spent part of his career performing and promoting Ladino music. As a famous actor who played Captain Von Trapp in the Broadway musical The Sound of Music, and starred in the movie My Fair Lady, he also recorded albums of Jewish music in several of the languages of different Jewish communities. 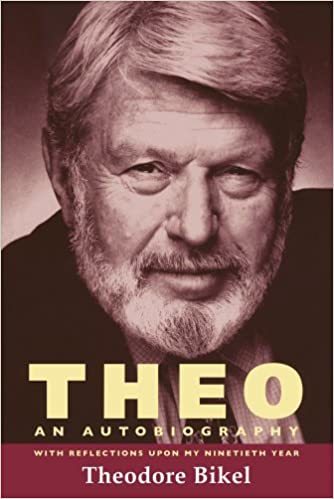 His book Theo: An Autobiography, shown above, has an image of the author on the cover. He describes how he spoke over 20 languages, and while he primarily sang and recorded his music in Yiddish, he says that “‘I’m a Jew who loves and knows the tradition, who has studied a lot and speaks the languages of my people (Theo),’” emphasizing the importance of giving attention to all genres of Jewish song, “‘I make no claim that the Jewish song is better than the song of my neighbor. But it is mine. And since it is the song of my people, it is up to me to cultivate it lest the blooms wither and the garden becomes bare and desolate.’” He was dedicated to bringing attention to the languages of the different Jewish communities, Ladino being one of them.

In a 2013 interview, Bikel told the Jewish Journal that he was most proud of “presenting the songs of my people, songs of pain and songs of hope (Tugend).”