Thacker’s Reduced Survey Map of India includes an inset map of Nicobar Islands and 12 ancillary maps. These smaller maps contain information about Indian products and tea districts. Relief is shown on this map with hachures -- short parallel lines used in hill-shading on maps, their closeness indicating steepness of gradient. 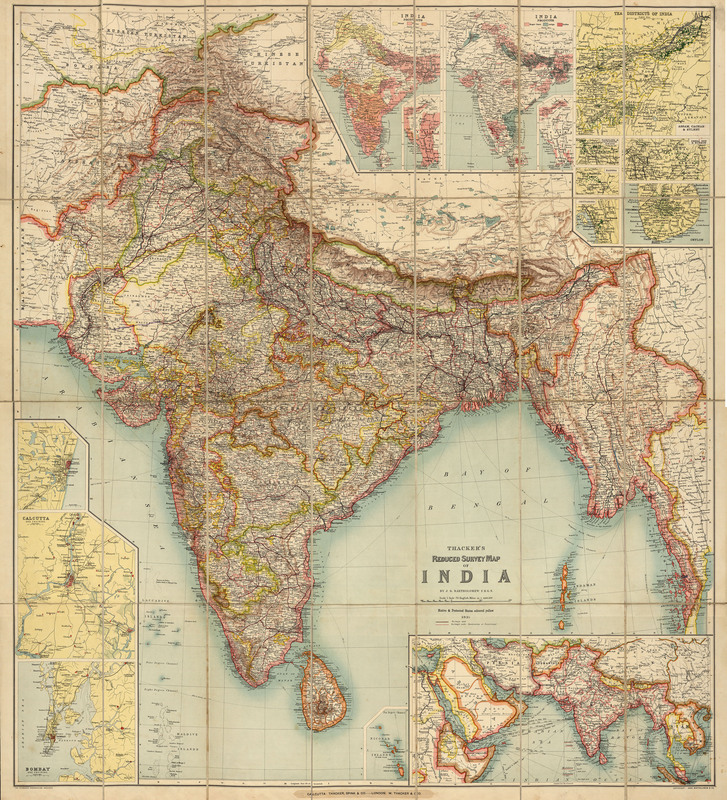 Ganges canal. A disquisition on the heads of the Ganges of Jumna canals, North-western Provinces, 1864

This meticulous study of the Ganges canal was basically Cautley’s reply to Sir Arthur Cotton. They heartily disagreed with each other on where the river should be “led off”above the Doab or below it by the construction of a dam:

"But in order to justify it, I have been compelled to enter into minute and tedious details regarding the surface contour of the country; the slopes of the river beds in relation to the higher levels and slope of the land and the lines of drainage by by which the Doab is longitudinally intersected. These are devoid of interest to the general reader, but they are essential to my explanation." (p. iii)

This was essentially Cautley’s rebuttal to Cotton’s attacks saying that Cautley had wasted much money in planning this modification of the Ganges. 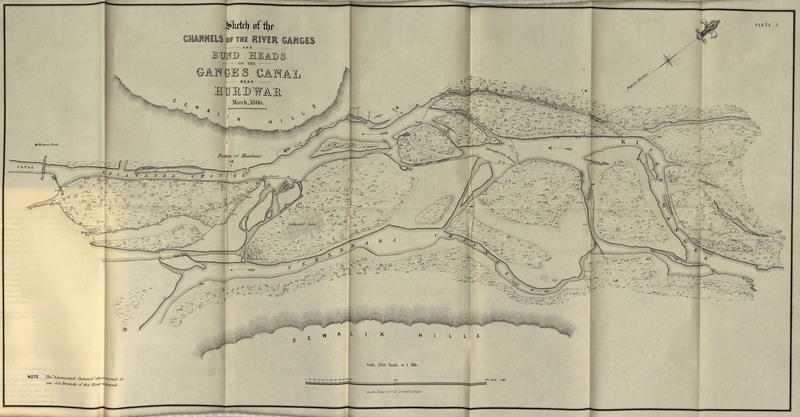 A history of the military transactions of the British nation in Indostan, from the year 1745. To which is prefixed, A dissertation on the establishments made by Mahomedan conquerors in Indostan, reprinted 1861-1862

This title is a reprinted volume with much discussion and analysis of military installations in India. There are a number of very well done maps of different fortifications. 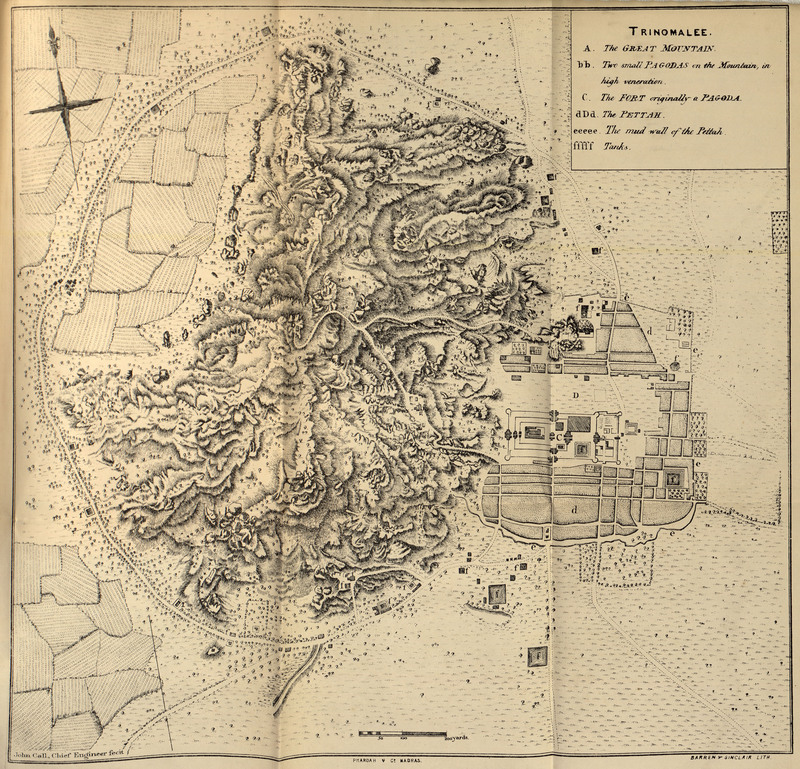 Heyne's India; Tracts, Historical and Statistical, on India ; with Journals of Several Tours Through Various Parts of the Peninsula, 1814

This volume is a compendium of information of all kinds on India. There are several superb engravings of different sites including famous temples.

The lower of these two maps shows India and adjacent countries and the upper map shows Europe. The purpose of this map was to show the overland trade route from London to India. 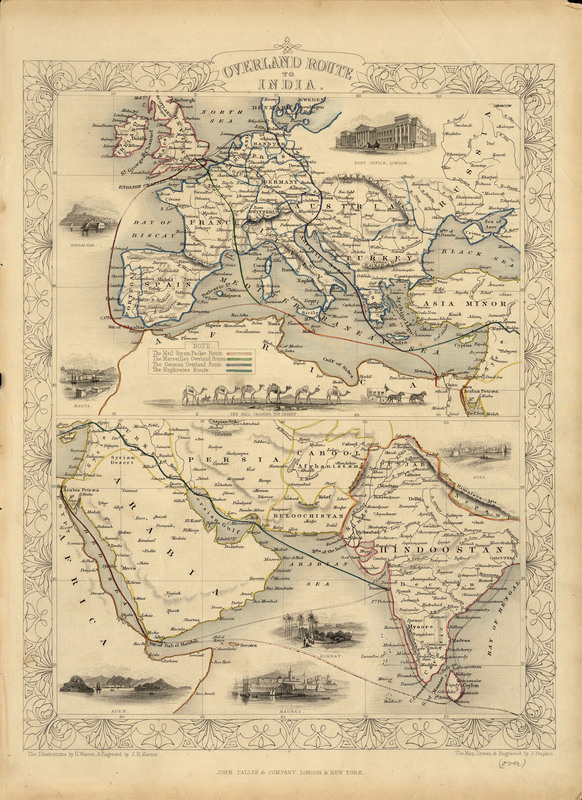 A New Chart of Part of the Coast of Coremandell from Armegon to Bimlepatam, 1716 or later

John Thornton (1641-1708) was  a cartographer and was hydrographer to the East India Company and to the Hudson’s Bay Company. He made many manuscript charts that he and others would later print. This is a seemingly simple map, but the accuracy of the map and soundings were critical for navigation and trade and may have helped to reduce the number of shipwrecks and loss of life. 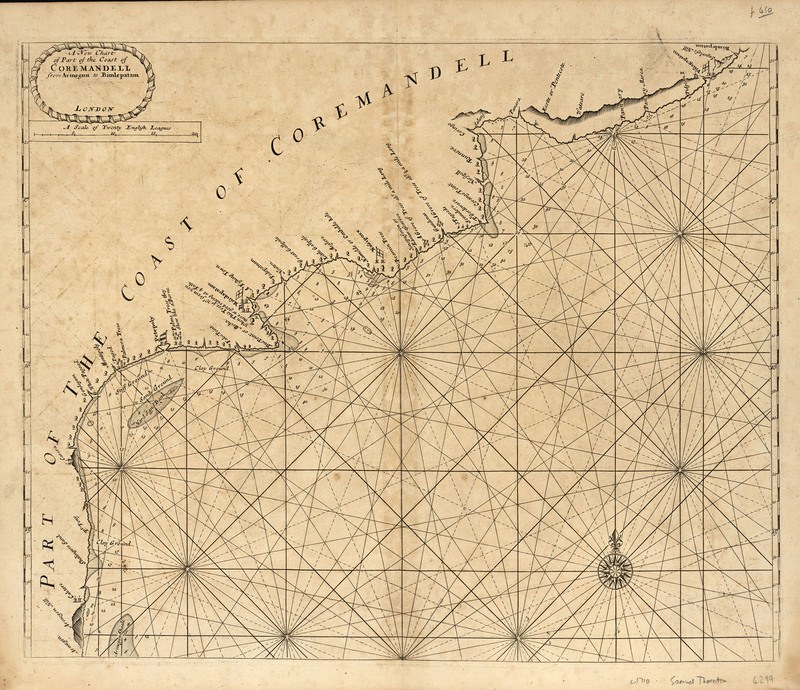 The southern countries of India from Madrass to Cape Comorin: Describing the Routes of the Armies Commanded by Colonels Fullerton and Humberston, during the campaigns of 1782, 1783 & 1784, surveyed by Col. Kelly & Capt. Wersebe and others, 1788 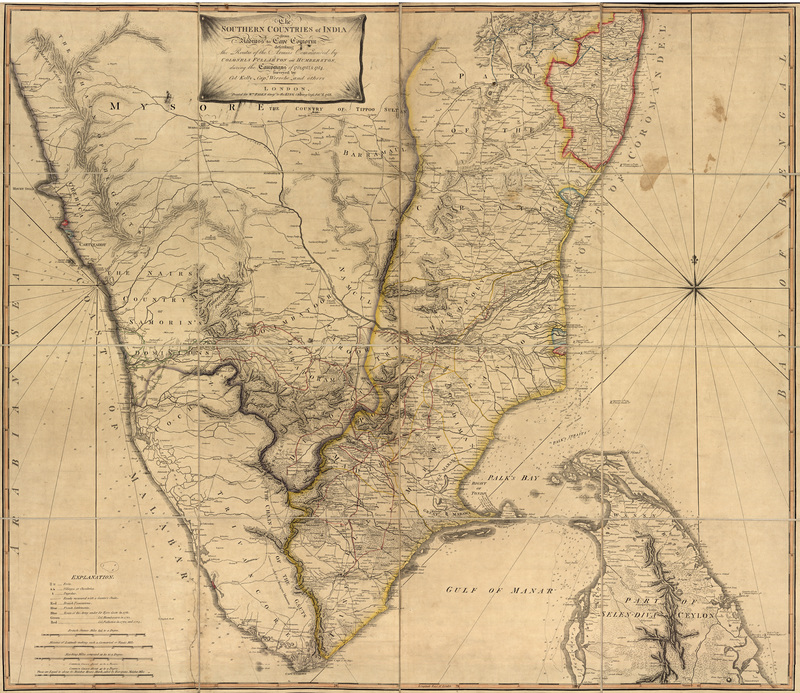 This title is an encyclopedic history of all the Indian surveys including the Great Trigonometrical Survey and others. 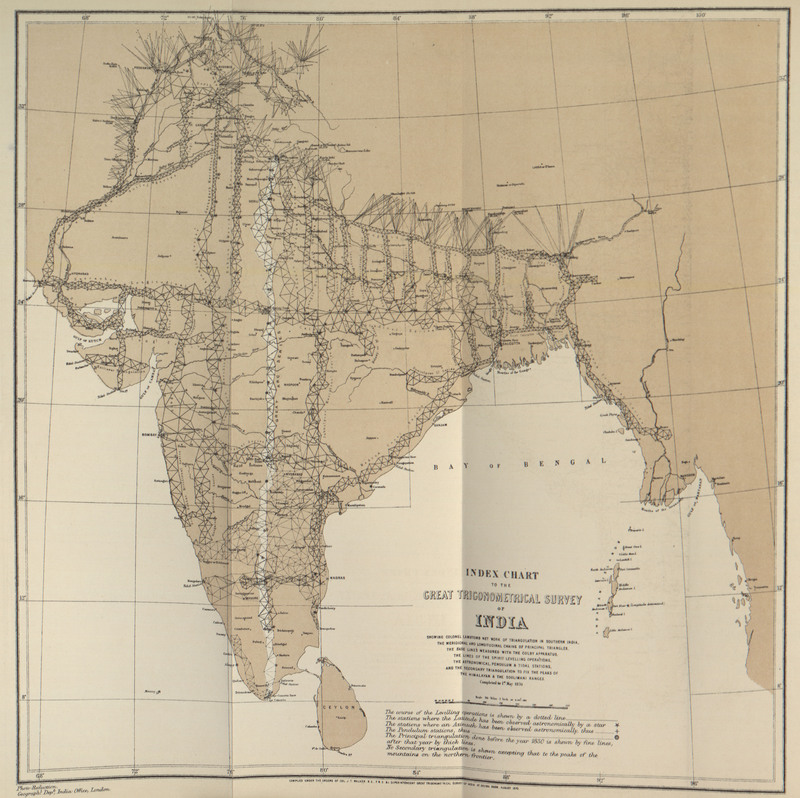