Third Parties: Alternatives to the Hegemony of the U.S. Two Party System

Although the writers of the Constitution distrusted political parties, they have been part of the American political landscape since the country's beginnings. The first televised presidential debates were held in 1960, and the League of Women Voters began sponsoring presidential debates in 1976. The League withdrew their sponsorship in 1987 due to efforts by the two major parties to control the debates. Since then, the official presidential debates have been run by the Commission on Presidential Debates, a nonprofit corporation jointly sponsored by the Democratic and Republican parties. 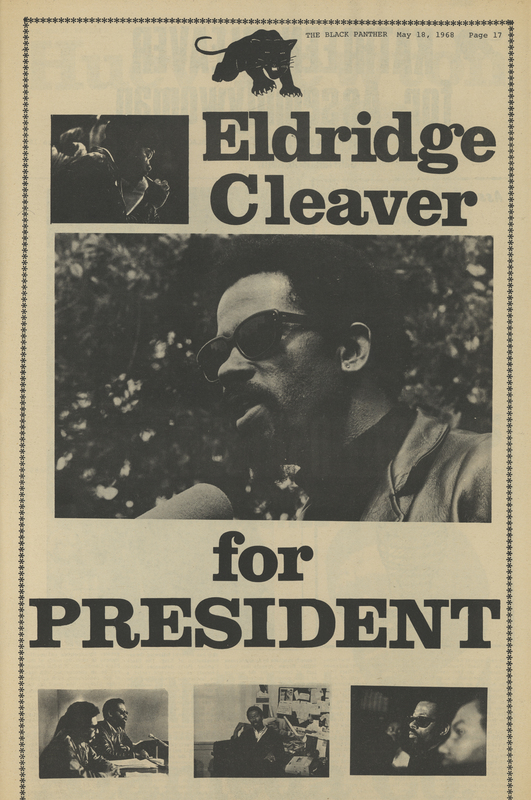 Foldout poster from a 1968 issue of the Black Panther newspaper. From the Joseph A. Labadie Collection, Poster Collection.

Above is a foldout poster from a 1968 issue of the Black Panther newspaper. The Black Panther logo is at the top and the text says “Eldridge Cleaver for President.” Cleaver was the Minister of Information for the Black Panther Party and ran on the Peace and Freedom Party ticket. The poster includes a large photo of Cleaver speaking at a microphone and four smaller images of Cleaver. 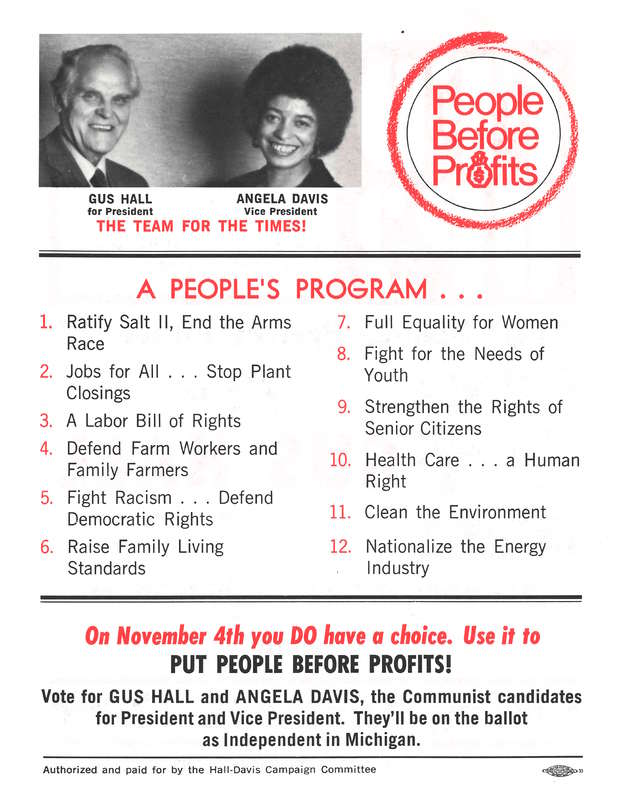 Communist Party flyer from the 1980 election. From the Joseph A. Labadie Collection, Subject Vertical Files.

Above is a flyer for Communist Party USA presidential and vice-presidential candidates, Gus Hall and Angela Davis. The flyer includes a logo that says “People Before Profits” and the twelve points of the party’s platform. The flyer ends by asking viewers to vote for Hall and Davis, and also notes that they will be on the ballot as Independents in Michigan. 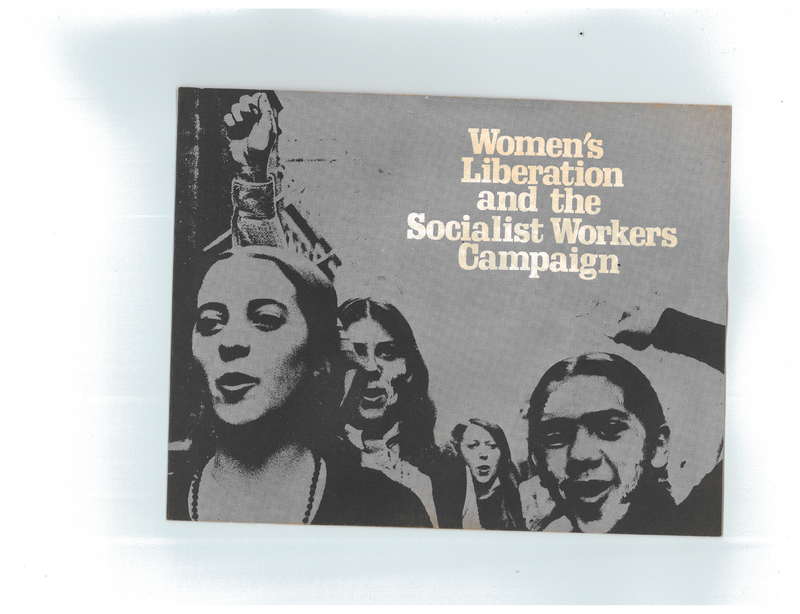 Socialist Workers Party poster from the 1972 election. From the Joseph A. Labadie Collection, Subject Vertical Files.

The brochure above shows four women, two of whom have their fists raised, presumably at a political march or rally. The text reads “Women’s Liberation and the Socialist Workers Campaign.” This brochure is from the Socialist Workers Party for the 1972 Presidential election. Linda Jenness ran for President and Andrew Pully was her running mate. Their platform addressed women's liberation in all aspects: domestic slavery, economic freedom, equal education, and how the legal system at all levels treats women. 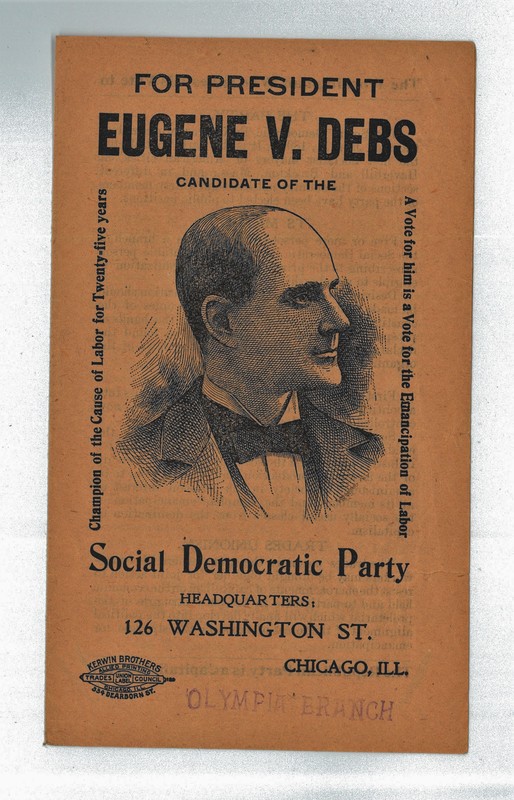 Flyer from the Social Democratic Party for the 1900 election. From the Joseph A. Labadie Collection, Subject Vertical Files. 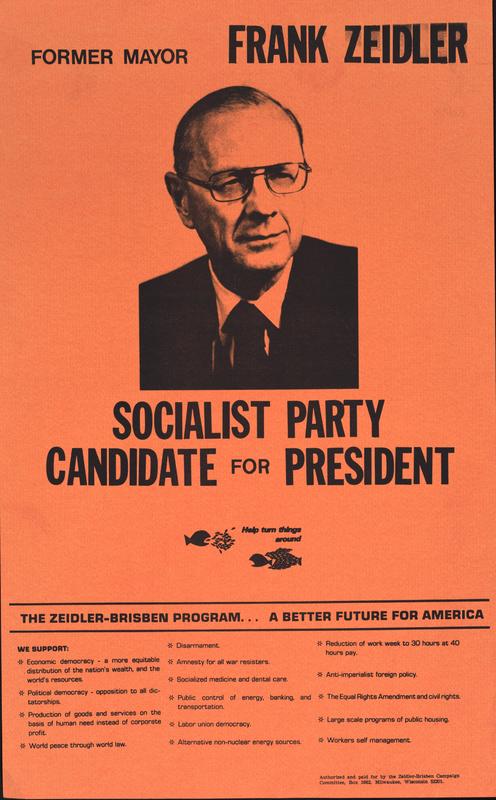 Socialist Party poster for the 1976 election. From the Joseph A. Labadie Collection, Poster Collection.

Another orange poster, above, promotes former mayor Frank Ziedler, the Socialist Party candidate for president. Below a photo of Ziedler is a drawing of several small fish banding together to attack a single large fish. At the bottom of the poster, there is a brief outline of the party’s platform.