Building upon the previous generation's unprecedented innovation, the fourth generation of gaming consoles brought marked improvements in performance, design and game development. It began in 1988 with the release of the Sega Genesis, a 16-bit console that premiered such popular games as Sonic the Hedgehog and Mortal Kombat. The following year, Nintendo debuted the Game Boy, an 8-bit handheld gaming device that would dominate the portable console market. The Game Boy compensated for its lack of hardware capabilities in its novelty and extensive game market, which ultimately exceeded 800 titles. The Game Boy was an immediate success, selling 40,000 units on the first day of its North American launch.

Sega responded in 1990 with its own 8-bit handheld, the Game Gear, which attempted to divert some of the Game Boy's success. It distinguished itself from its predecessor with a color display and horizontal orientation, both of which were praised as significant advancements. Though it had a smaller game library than its competitor, the Game Gear featured titles like Madden NFL 95 that the Game Boy couldn't support. This edge in functionality led to impressive sales figures of 11 million units worldwide. Nonetheless, the Game Gear never reached the Game Boy's monstrous sales figure of 118 million units.

Following the success of the Game Boy, Nintendo entered the 16-bit market with the Super Famicom, known in the United States as the Super Nintendo Entertainment System. Its launch in 1990 made an immediate impact on the Japan's video game market, which Nintendo expanded to North America the following year. If the Master System initiated the rivalry between Sega and Nintendo, the SNES brought it to its boiling point. The two developers took opposite approaches to marketing, with Nintendo taking a more family-friendly approach to offset Sega's edgy, youth-focused campaign.

The two consoles were very competitive in the United States, but the SNES outsold the Genesis worldwide, reaffirming Nintendo's dominance in the gaming industry. This was largely due to the SNES's vast library, which boasted titles like Street Fighter II, Super Mario World and Super Mario Kart. With the help of the innovative developers at Squaresoft, the SNES also helped to pioneer the roleplaying genre with Chrono Trigger, Secret of Mana and Super Mario RPG, as well as the first story-centric installments in the Final Fantasy franchise. This impressive combination of variety and quality helped the SNES edge its competitor.

As the '90s progressed, 32-bit consoles like the Sony Playstation and Sega Saturn began to emerge. Unwilling to concede obsolescence, the Super Nintendo began to release 3D games using the Super FX coprocessor, which was built into the cartridges. This led to Star Fox, the first 3D console game, and Donkey Kong Country, which would become the third most successful game for the SNES. The Super FX processor (and the Donkey Kong franchise in particular) helped Nintendo remain competitive until it released its own Fifth Generation system, the Nintendo 64. 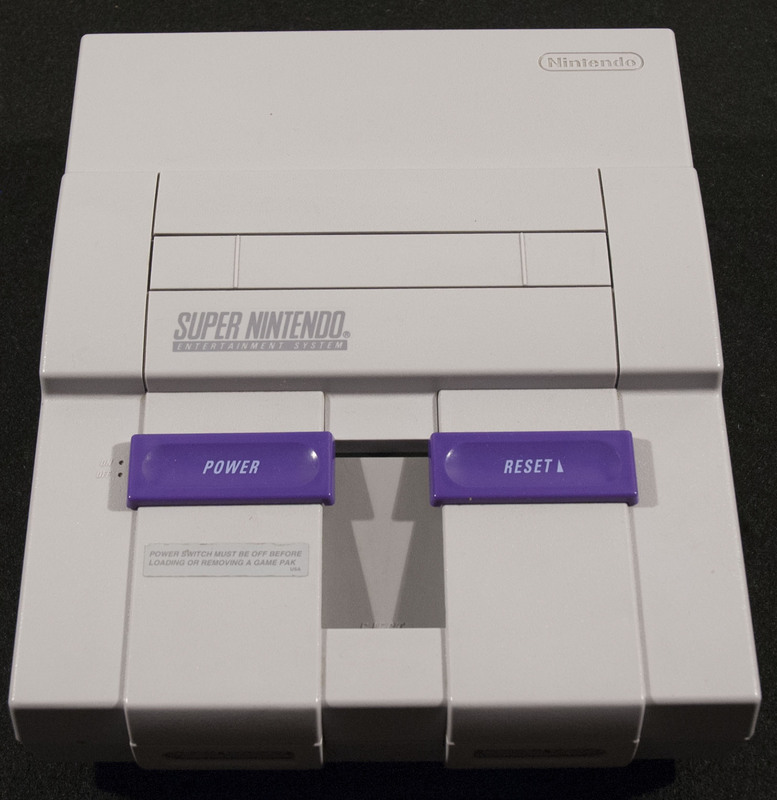 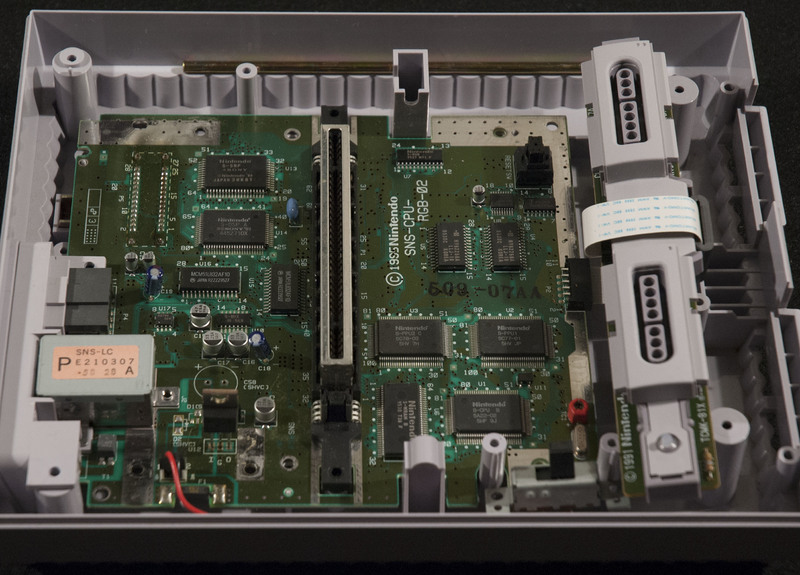 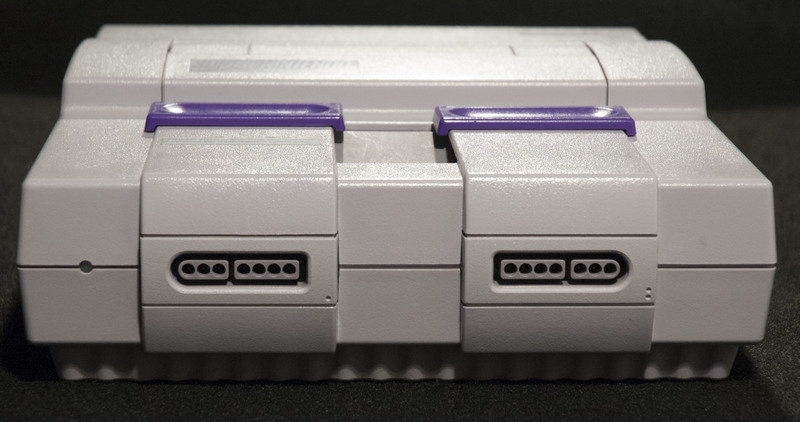 Facing significant competition from the previously-released Sega Genesis, Nintendo responded with the Super Nintendo Entertainment System (or Super Famicom in Japan). The SNES featured 16-bit graphics and a controller that was ergonomically similar to that of the NES, but with four extra buttons: X and Y (located above A and B), and L and R (located at the top corners of the controller).

Like the Game Boy, the SNES was an instant success, selling out within hours of its release. It triggered an intense conflict with Sega known as the "console wars," which saw Sega positioning the Genesis as a cool and edgy console, and Nintendo framing the SNES as more family-friendly. The SNES eventually won this sales competition and managed to remain relevant throughout the '90s, due to outstanding game development and a coprocessor called Super FX that enabled 3D rendering. 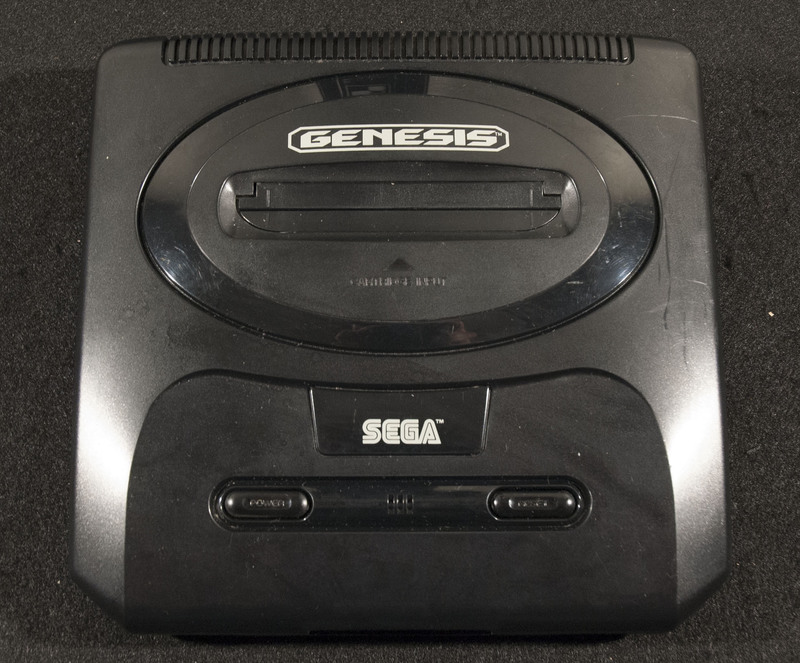 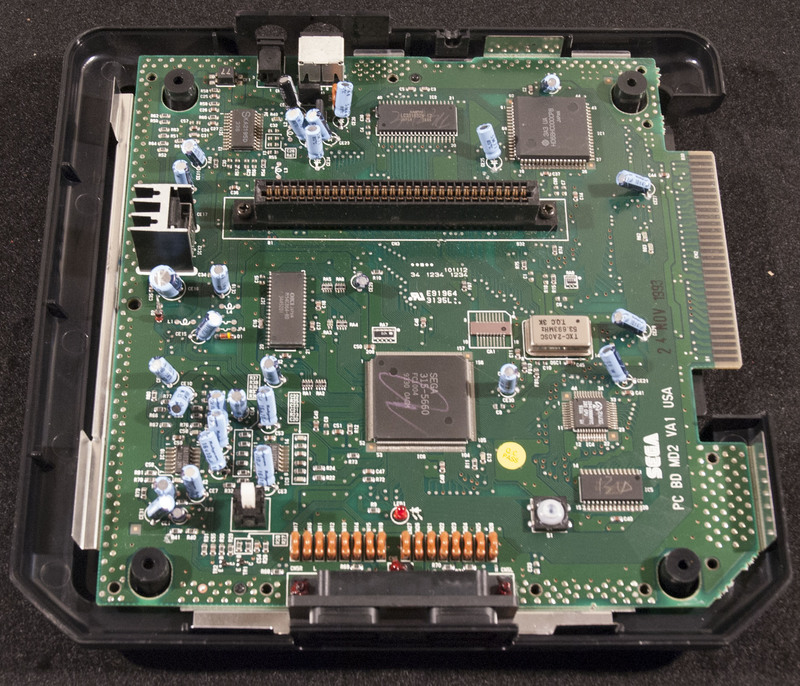 As Sega's first 16-bit console, the Sega Genesis represented a significant leap in gaming technology. It was first released in Japan on October 29, 1988, reaching the United States in August of 1989. The 16/32-bit CPU, developed by Motorola, was supported by a subprocessor that enabled backwards compatibility with Sega Master System cartridges. While originally released with a three-button controller, Sega later released a six-button controller to better mimic arcade game controls.

Sega marketed the system to a younger demographic with such titles as Mortal Kombat (1992), NBA Jam (1994), and the flagship Sonic the Hedgehog series (1991, 1992, 1994). The Genesis achieved moderate global success, but was ultimately vastly outsold by the Super Nintendo Entertainment System.

Released in 1989, the Nintendo Game Boy was among the first handheld gaming devices. It featured an 8-bit processor with a monochrome screen with a 160x144 pixel resolution. Controls included a directional pad and four buttons: Select, Start, A and B.

While the device received early criticism due to the small display, its simplicity and convenience led to remarkable worldwide success. More than 800 games were developed for the Game Boy, many of which were released in Japan only. Some of the more popular titles that reached the United States included Super Mario Land (18.03 million units), Kirby’s Dream Land (5.13 million units), and Tetris (30.26 million units). The system also helped bring the Pokemon franchise to prominence, selling more than 31.35 million units worldwide of the Red, Green and Blue versions. 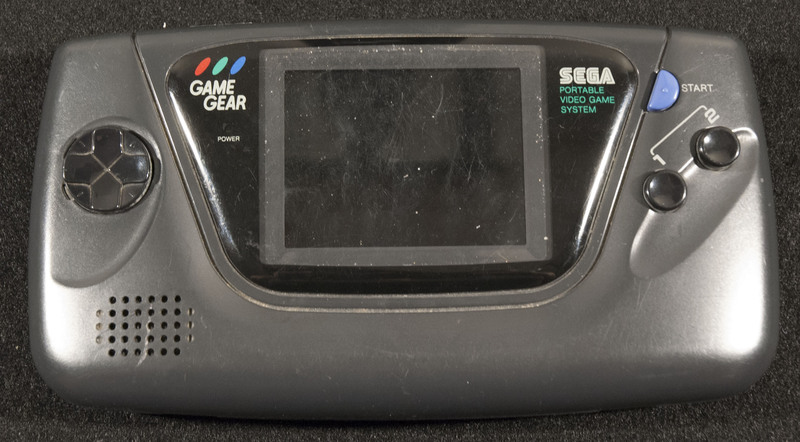 The Game Gear was Sega’s entry into the 8-bit portable gaming market. Hitting the market in 1990, just a year after the Game Boy, it distinguished itself with a 32-color display and horizontal orientation. The Game Gear also introduced novel peripherals like a TV tuner and screen magnifier. Despite these improvements, it was overshadowed by its predecessor; the Game Boy sold 10 times more units worldwide. This was most likely due to the Game Gear's game library, which was limited compared to the Game Boy's, as well as its relatively late arrival on the handheld scene.