Burgundiae Comitatus, Franche-Comté (Burgundy, France) was first published in 1630 by Johannes Janssonius and was republished in atlases by Johannes Janssonius and Henricus Hondius until 1633. This map features several distinct physical characteristics which make this map unique, including tide stains, watermarks, and a manuscript number. The symmetrical tide stains suggest that the map was folded at the time that it was exposed to dirty water. An additional tide stain can be seen in the upper right corner of the verso which is not mirrored in the left corner. The lack of a second tide stain indicates that the map was flat at the time it was stained. As found on the other maps in the Appendix Atlas of 1636-1680, a manuscript "73" is located in the upper right corner of the verso. 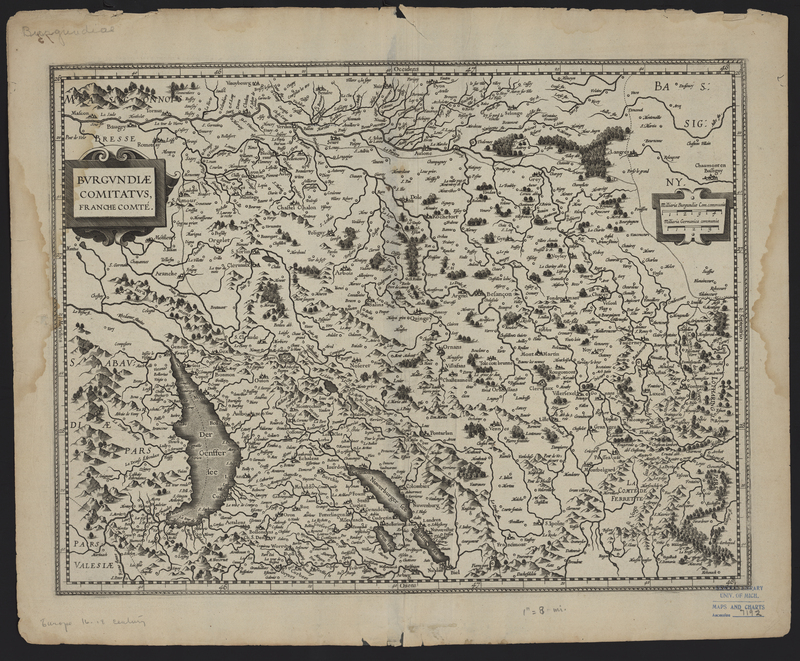 Several maps within the Vignaud Map Collection feature watermarks. During the course of the project the types of watermarks were tracked in the hopes that they would further identify related maps and corresponding atlases. After further research and consultation, it was deemed that this was an unreliable manner of trying to identify atlases. Watermarks are formed during the paper making process by attaching a wire bent into the desired shape to the paper mold. The presence of the additional wire means that the paper is thinner, allowing more light through and thus creating the watermark. Burgubdiae Comitatus, Franché-Comte features two distinctive watermarks, which do not appear on any of the other maps in the Vignaud Map Collection. The first watermak features a "4 RP", while the second watermark on the opposite side is only a "R". 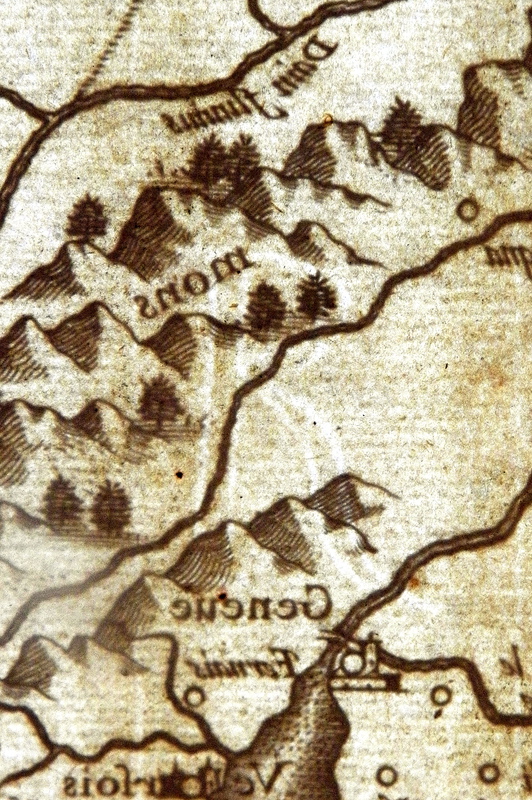 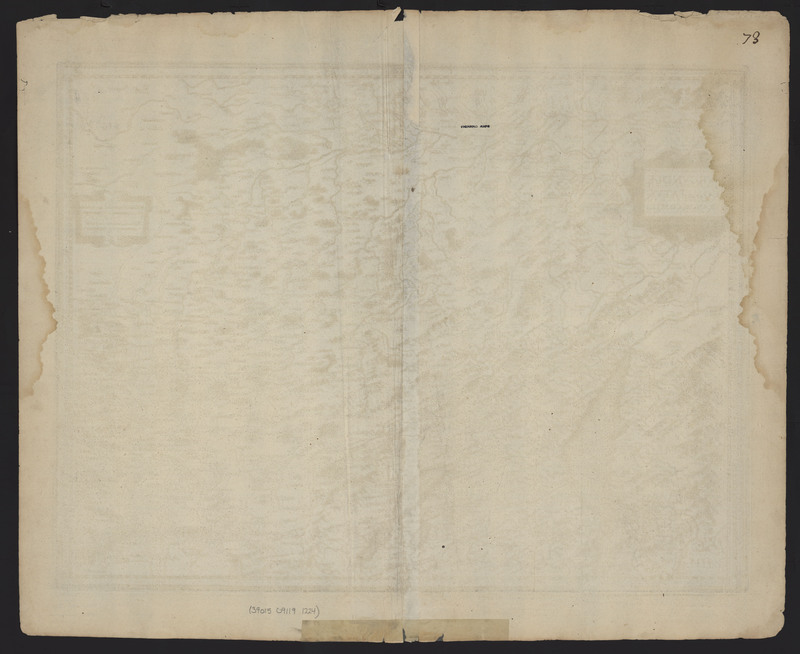