Provincia: La Provence (Provence, France) was published by Henricus Hondius in 1621, but was only published in Johannes Janssonius's Theatrum Universae Galliae of 1631-33. This map stands out from the others in the group due to the layering and characteristics found on the verso. With the previous maps it has been apparent that the red chalk drawings were done while the map was still bound in the atlas. However, this is not the case with this map. Along the bottom and right edge of the verso are a series of repairs, but they cover the bottom of the guard, indicating that the map was removed from the broken atlas before it was fixed. Additionally in this case the red chalk drawings stray onto the repairs, proving that the red chalk drawings were not added until the map was removed from the atlas and stored flat. 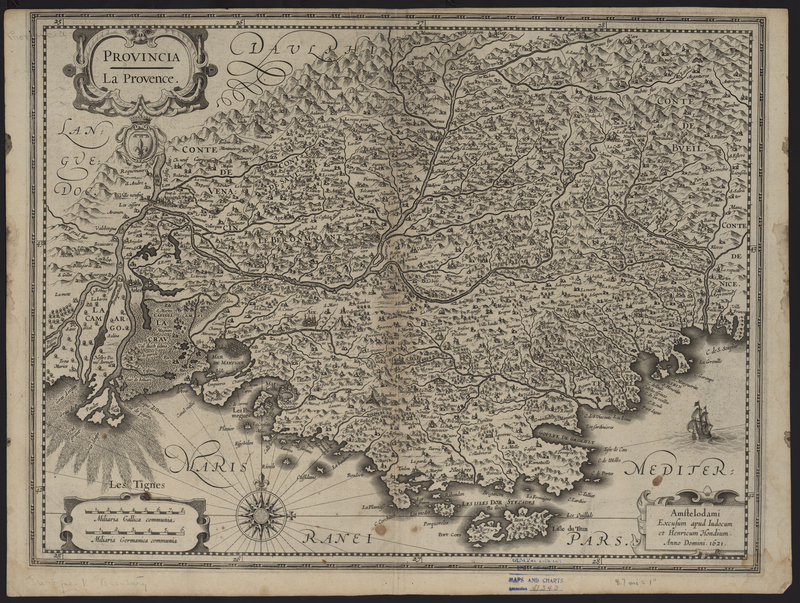 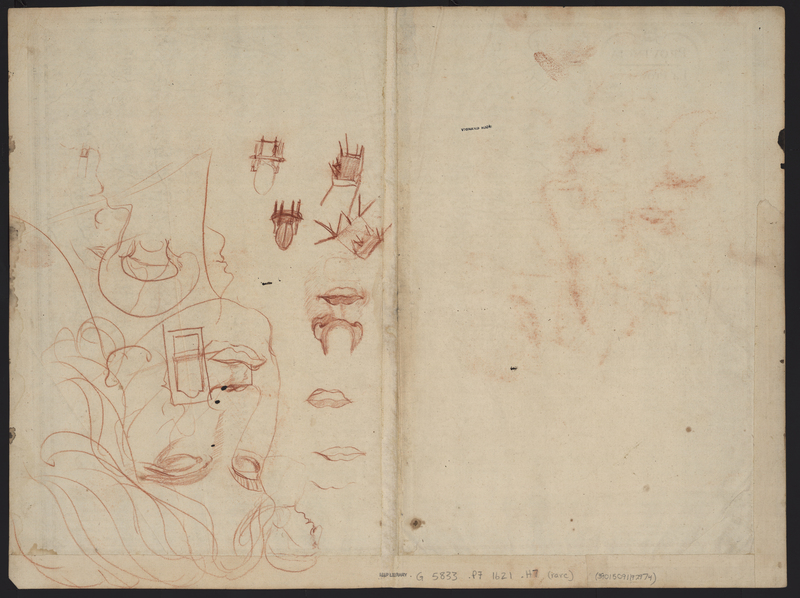