The content for this page of the exhibit are from Sumathi Ramaswamy's book The Goddess and The Nation: Mapping Mother India.

The image of Mother India, or as named in various Indian languages Bharat Mata, appeared near the end of the nineteenth century as a novel deity of the nation and country. Over time this goddess was “imagined as the substantial embodiment of national territory - its inviolable essence, its shining beacon of hope and liberation - and also as a powerful rallying symbol in its long hard struggle for independence in the modern world’s largest empire” (pg. 1). During India’s transformation from Britain’s most important colony to the free states of India and Pakistan, Mother India became a symbol common to celebration and devotion to the “region’s vast population fissured by caste, language, ethnicity, and local and regional sentiments even as she came to be perceived as the escalating the irrevocable rupture catastrophically developing between its two dominant religious communities, Hindu and Muslim” (pg. 2). 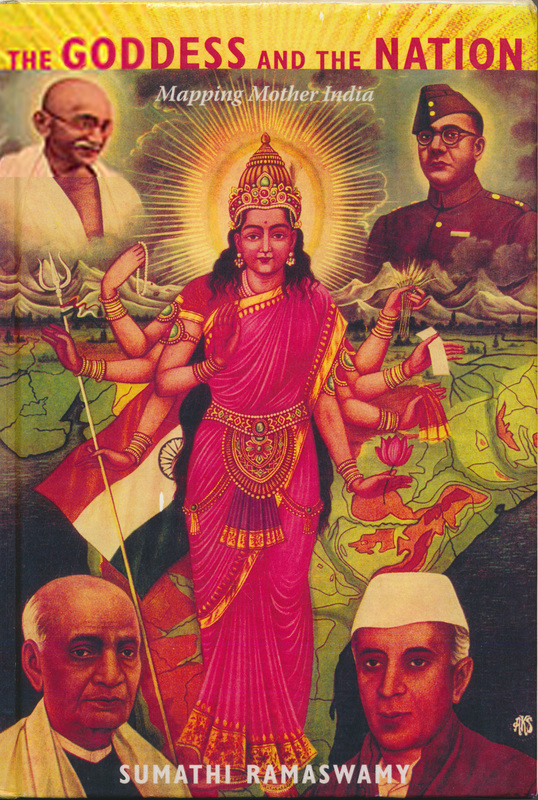