Marise Hadden
Detroiter Marise Hadden was the first African American woman to teach as an adjunct professor in the U-M School of Education. In 1971, she was appointed as the Peace Corps Country Director for the Eastern Caribbean Islands. Hadden worked as a teacher and administrator in the Detroit Public Schools, and as director of Intergroup and Community Relations with Youth for Understanding, “a program designed to increase the involvement of non-white high school students and Africans.”

Marise Hadden received both her Master’s and Doctoral degrees from U-M.  She was the first African American woman at U-M to receive a Doctorate in Community Development (from the School of Education). 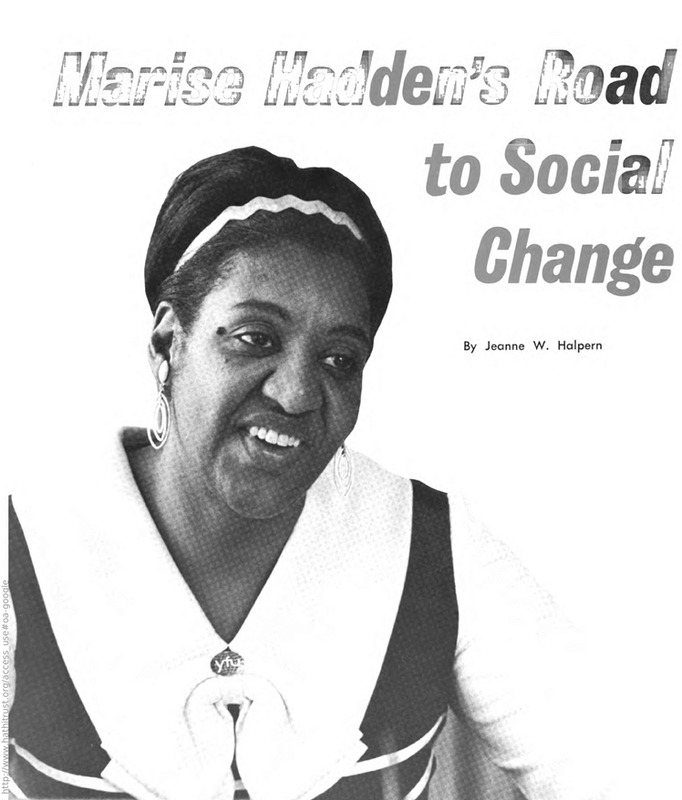 Theodore R. Speigner
Theodore R. Speigner was in his fifties when he received his Ph.D. from the U-M in conservation in 1961. He was the first African American to receive a Ph.D. in conservation. He was already the director of resource-use education and professor of geography at North Carolina Central University, where he went on to chair the department. He was also active within the community, becoming the first African American elected to the Durham, North Carolina school board, eventually becoming its chairman.

Speigner remained at the University until the 1970's, having mentored countless students, including Jim Johnson, who had this to say about his mentor: “When Doc recognized that one of his students had the talent and the discipline to handle graduate school, he took that student under his wing, offering constant encouragement, writing letters of recommendation, and providing contacts. In return, he expected them to do nothing less than earn a Ph.D. More than a dozen of his students delivered. He made me realize how much of a difference one person's life can make in others."

Alton A. Burton, a 1950 U-M graduate with both an undergraduate and Master’s degree in civil engineering, distinguished himself during World War II as a member of the famed Tuskegee Airmen.  After graduating, Burton returned to his native New York to work for the Port Authority of New York. In 1962, he was appointed by Governor Nelson Rockefeller to hold the post of Chief Civil Engineer in charge of the planning phase of the World Trade Center, on which he worked from 1962-69. He was the only African American engineer involved in the project at the time. "When Burton saw the twin towers collapse, the engineer fell to his living room floor and wept because of the thousands of lives lost and 10 years of his professional work erased."

Burton was recognized by Congress in 2006 for his contributions to building the World Trade Center towers, and in 2007 received a Congressional Medal of Honor for his service as a Tuskegee Airman.