One of the projects that President Burton championed during his tenure was the raising of funds for a bell tower. Unfortunately, he died before the tower was constructed and it was decided that the tower would be built as a memorial to him. Working with Albert Kahn’s firm, it was Eliel Saarinen who first proposed placing the tower at the terminus of the mall and between the League and a proposed music school, to be built behind Hill Auditorium. When it came time for the final design, Saarinen was unavailable, due to other obligations, and Albert Kahn and Associates drew up the final plan (Mayer, 114). 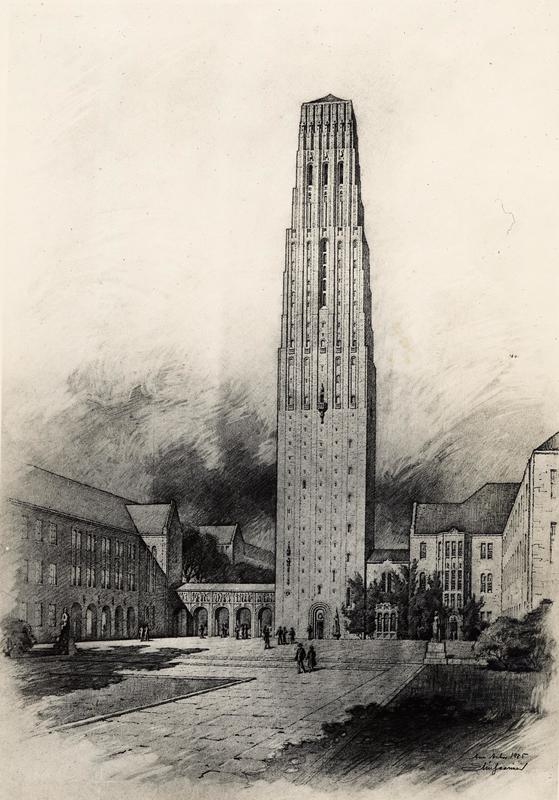 Famed architect Eliel Saarinen created this design for the Burton Tower at Albert Kahn's request. He proposed the tower's location in the center of the mall, south of Washington St. and connected to the School of Music (proposed), as well as an expanded Women's League building. The present Burton Tower is based on Saarinen's design (Mayer, p. 114).

Kahn proposed a complex attached to Hill Auditorium, including the bell tower, and a music building. However, the university could adopt only parts of the plan. As the university did not own the proposed land, it had to be re-sited to just northeast of Hill Auditorium. Additionally, the proposed music school was eliminated as the funding went instead to the construction of the memorial tower with the promise of including music classrooms. Due to limited funding the height of the tower was reduced as well. 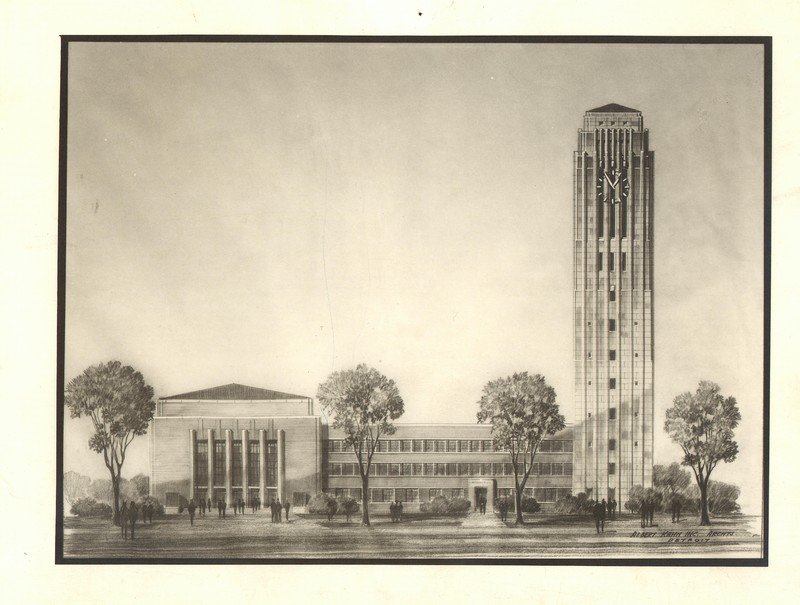 This view of the proposed music building, bell tower, and Hill Auditorium, with a new facade, was one of the designs put forward by Albert Kahn Associates. 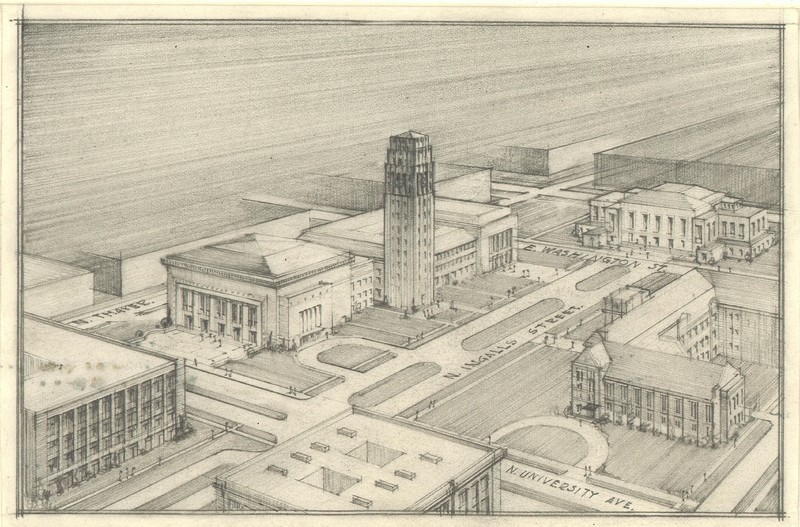