As the university continued to grow throughout the nineteenth century, so to did the university’s need for a general library. Leading up to this point, the library’s holdings had been housed in Haven Hall and the Law School, until funding could be approved for a new building. After much debate over the siting and a competition to select the architects, the architectural firm Ware and Van Brunt won the commission. In 1883 the General Library was built in the Romanesque Revival style at the center of campus. The placement of the library at the heart of the original forty acres was the first derivation from the 1840 campus plan, turning the external focus of campus away from State Street Row and inward towards the Diag and the academic core of the university (Mayer, 64). 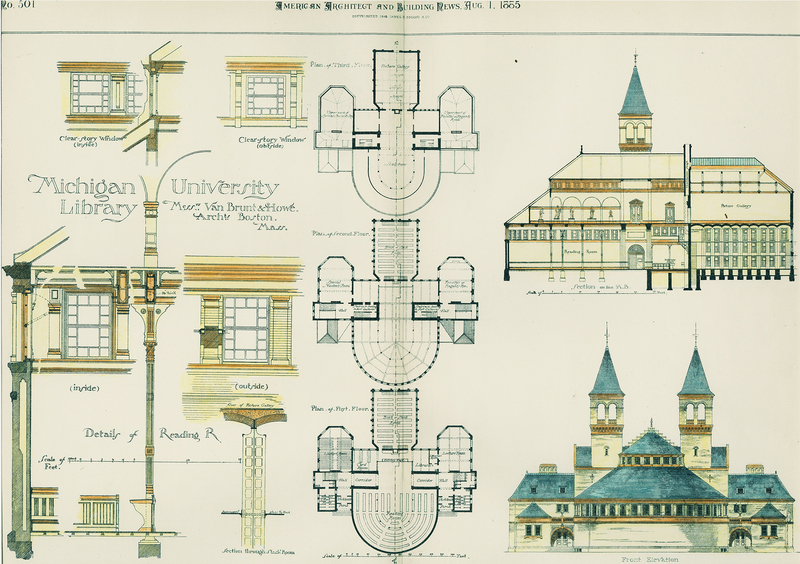 By 1880, the library became so crowded it caused “great inconvenience and discomfort to both students and faculty." The legislature earmarked $100,000 for a new library and art gallery building completed in 1883. The new library held around 44,000 volumes, with a capacity of 80,000 (Duderstadt p.44). The color on this plan does not accurately reflect how the library appeared when completed.

The General Library featured a rounded reading at the north end of the building, while the southern and rectangular end housed the stacks. Another notable feature of the library was the presence of two towers, one which housed a set of bells donated by E.C. Hegeler, J.J. Hagerman, and Andrew Dickson White (Mayer, 65). By the early part of the twentieth century, the library had outgrown its home and was demolished in 1918 to make way for the new General Library, which was built on the same spot. The new General Library, later renamed the Harlan Hatcher Library, opened in 1920 and to this day the library continues to sit at the academic heart of campus. 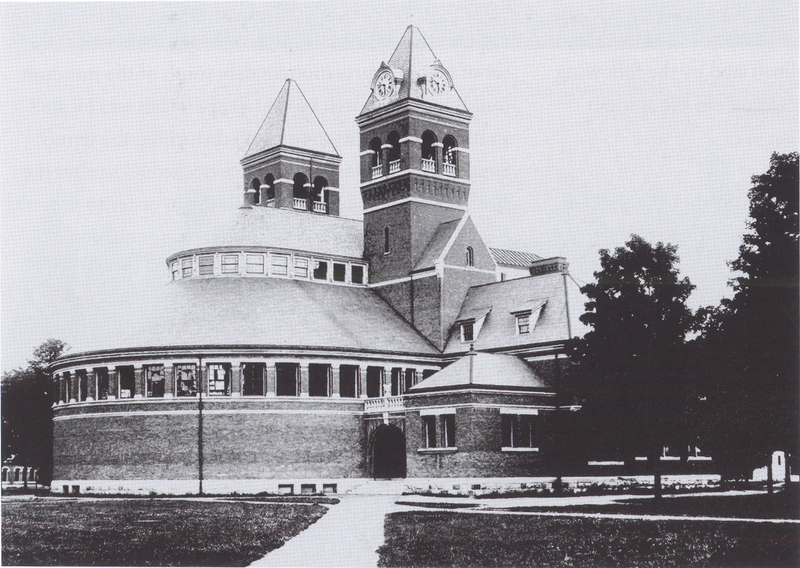 The 1883 General Library was sited near the center of the campus, facing onto what would eventually become central open space. The siting was appropriate, but was not anticipated in the 1840 plan.