As the university continued to grow beyond State Street Row, without any set plan or real organization, the regents created the Committee on Location of Buildings in 1907.  The new committee was to accommodate the siting of the new Alumni Memorial Hall and other buildings. The committee was composed of regents, faculty, and architects. Emil Lorch, though an architecture professor at the time, was not selected to be part of the committee, but instead served as secretary (Mayer, p. 80).

In 1907, before the committee met, Lorch drew up a plan for campus and presented it to the group, but the plan was never submitted to the regents and therefore was never formally adopted. While his proposal was never official used, it did strongly influenced subsequent plans, including the siting and design of several buildings, such as the West Engineering and Kraus buildings. Additionally, concepts defined by Lorch are evident in every campus plan prepared since, including the creation of a new mall, which became Ingalls Mall (Mayer, 80-82). 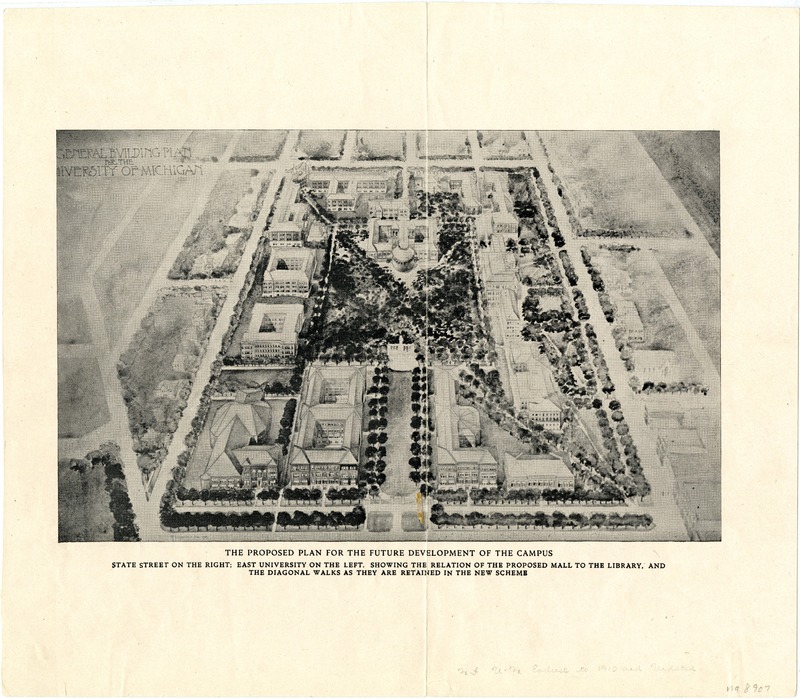 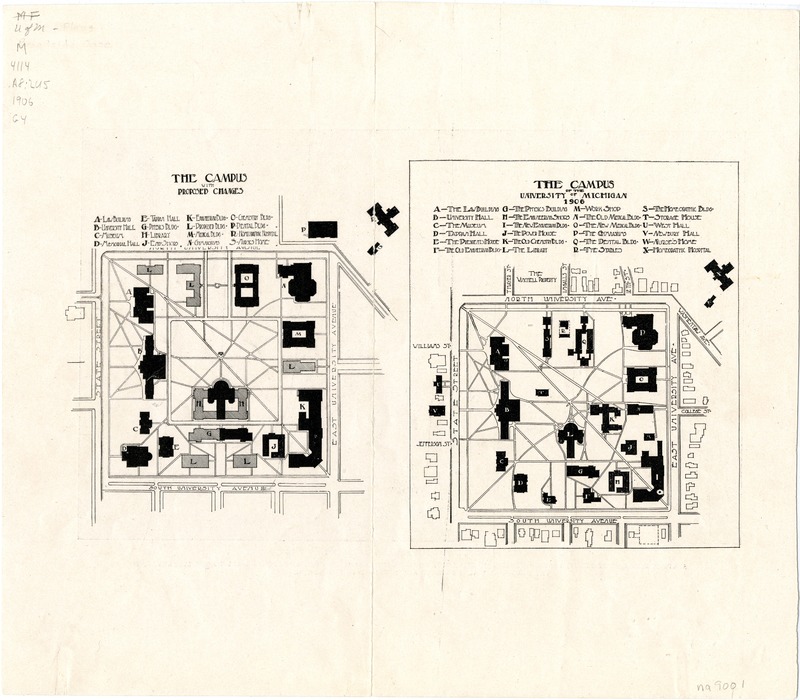 Emil Lorch drew these artistic renderings of campus in 1906. Lorch’s proposal had three distinguishing features. After Cobb’s de-emphasis of the Diag, Lorch highlighted the historical and functional importance of the Diag and suggested lining it with trees to further strengthen its permanence. He, also, advocated a central mall on the same axis as the library, even extending it over North University and placing the proposed Hill Auditorium at the northern terminus of this mall. The third element of Lorch’s plan was the creation of a central shady square at the heart of the campus (Mayer, p. 82).

One of the downsides of Lorch’s plan was that it only dealt with the 40 acres and did not adequately address the areas outside the original campus. Additionally, other members of the committee objected to Lorch’s placement of Hill Auditorium and it was due to the conflict that Lorch’s plan was not submitted to the regents until the fall of 1911 (Mayer, p. 82). 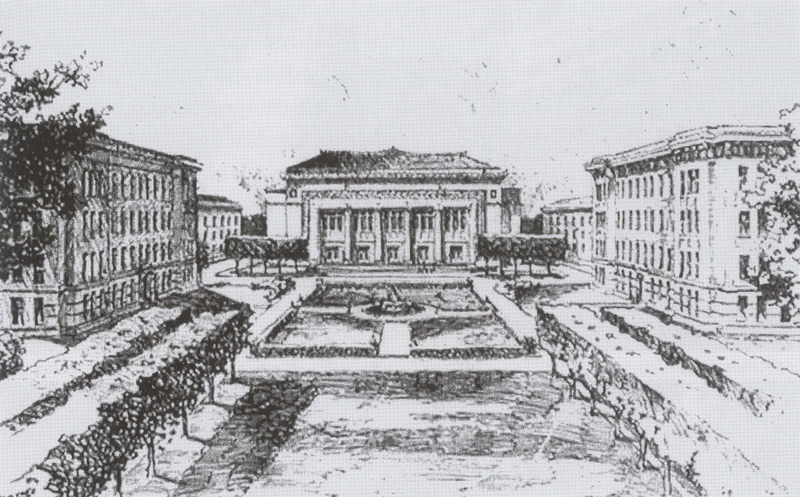 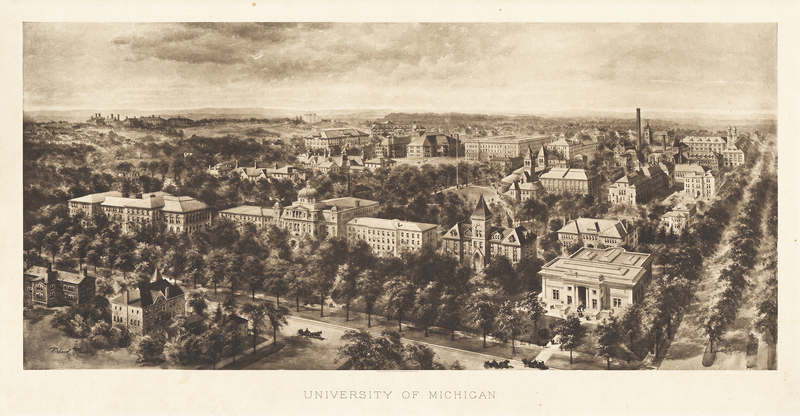 Richard Rummell’s 1907 view of campus is from the perspective of one looking from the top of the yet unbuilt Michigan Union. From this perspective, the viewer can see every building on campus. Collegiate, or State Street, row is at the forefront, and yet the growth of campus away from State St. is also evident. Alumni Memorial Hall, now the U-M Museum of Art, figures prominently, yet its depiction comes from an earlier plan that wasn’t used. The building itself wasn’t completed until 1910. U-M architecture professor William LeBaron Jenney, credited with the first skyscraper, designed the University Museum (1880) situated next door. It was placed in accordance with the 1840 plan and mirrors the placement of Haven Hall, also referred to as the Law Building (1863), on the opposite end of University Hall. A striking element here is the number of mature trees, the result of the intense planting efforts led by Prof. A.D. White before the Civil War.