Altman at the University of Michigan

"It took courage for the University's School of Music to allow me the freedom I sought to develop my ideas of presenting 'The Rake's Progress'.  Only a university that was fairly secure could have provided the intellectual climate in which such a production soars far beyond 'commercial' and sometimes even 'theatrical' consideration.  More institutions need to have such a climate." --Robert Altman 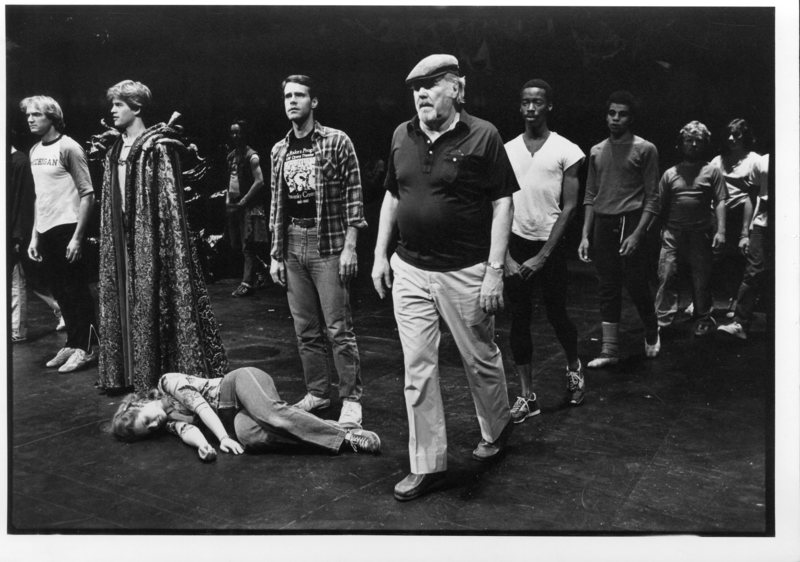 Photograph of Robert Altman leading rehearsals for The Rake’s Progress with University of Michigan School of Music students, 1982.

It took imagination and farsightedness, as well as the courage cited by Robert Altman above, for the University of Michigan School of Music to dream of inviting a film director to Ann Arbor to stage a production of Stravinsky’s opera, The Rake’s Progress, in 1982.  The occasion was the composer’s centenary, along with simultaneous meetings of two national scholarly musical societies in Ann Arbor.  Conductor Gustav Meier and Dean of the School of Music Paul Boylan worked hard to make this happen and were joined in their efforts by several other schools and departments.  Altman taught a short course on his films while in residence for the term and returned to film Secret Honor (1984) on campus, giving several classes of U-M students the opportunity to work with him. 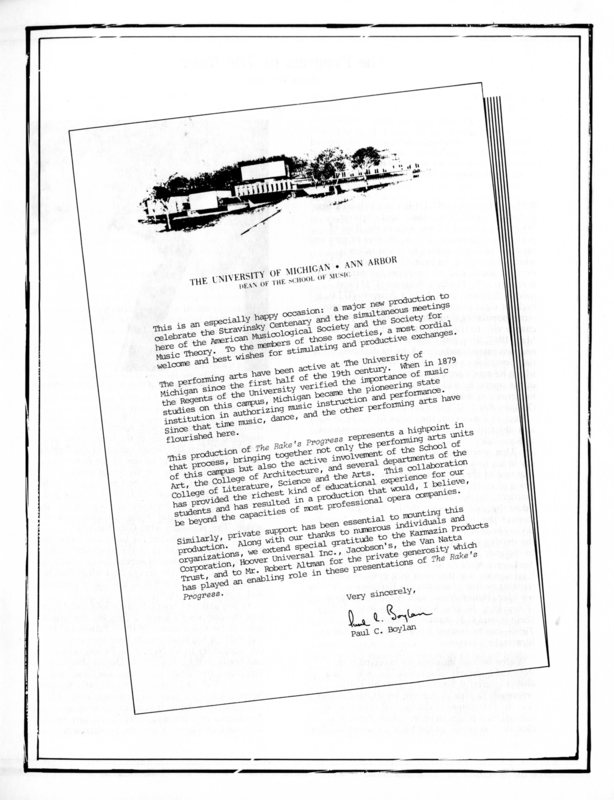 Letter from Dean Paul Boylan to audiences in the program for The Rake's Progress, November 1928. 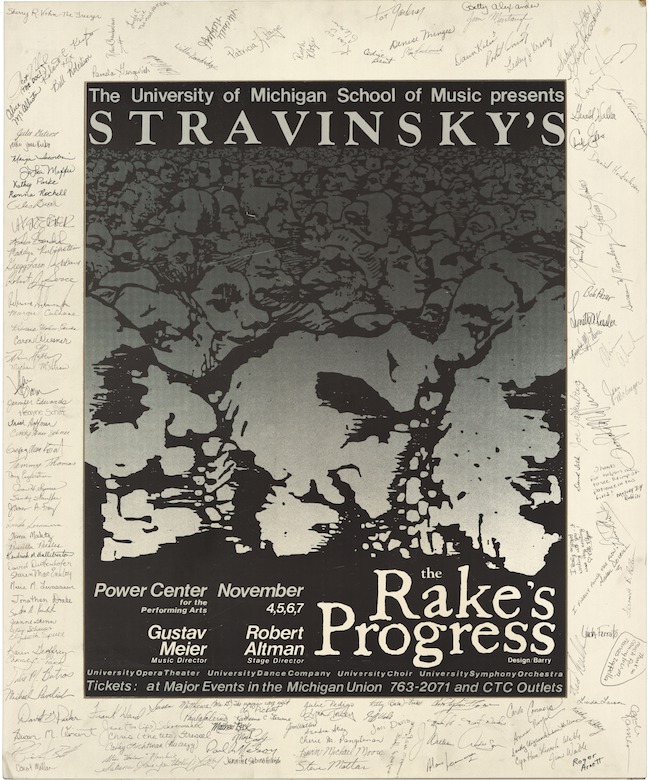 Poster for opera The Rake's Progress directed by Robert Altman at the University of Michigan, signed by cast and crew, 1982.