Michael Altman, son of Robert Altman, wrote the lyrics to the theme from M*A*S*H when he was only 14 years of age in 1969.  An original draft for the lyrics signed by him is in the Altman Archive.  The song’s music was written by veteran songwriter Johnny Mandel.  In an interview in the 1980s, the director said that his son had made more than a million dollars in royalties for the song, while his fee for directing the hit film had been $70,000.  Given the popularity of the television show M*A*S*H which used this song as their theme, the large and continuing royalties payments are not surprising.  In the American Film Institute’s “100 Years … 100 Songs” it is ranked #66.  The archive has legal documents from 1994 showing Altman buying the rights from his son, after months of correspondence and draft agreements.

Through early morning fog I see

Visions of the things to be

The pains that are withheld for me

I realize and I can see…

That suicide is painless,

It brings on many changes,

And I can take or leave it if I please. 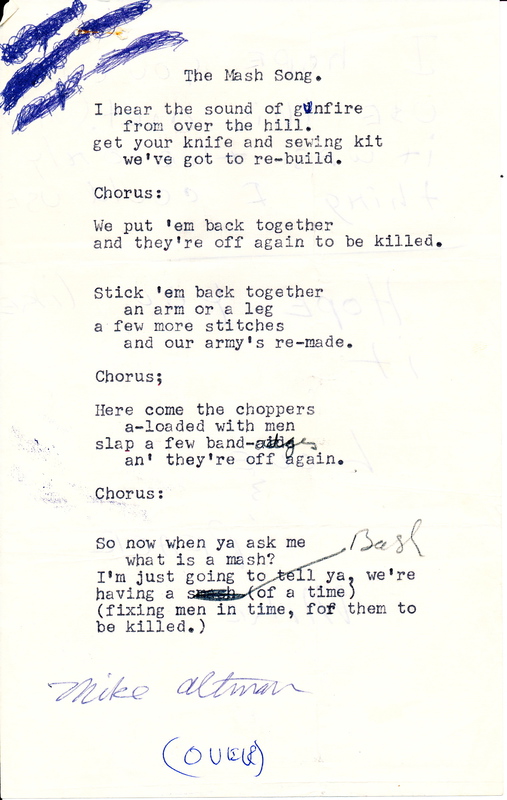 An early idea for the lyrics, originally typed and signed, with a handwritten note, perhaps to Robert Altman, from his son Mike.  These early thoughts were changed significantly in the final version, which became immediately recognizable in American culture.

Letter from Jerome K. Walsh, lawyer for Robert Altman and his son Michael, to Don Biederman of Warner/Chappell Music, July 26, 1994, asking for a document listing the sources of Michael’s royalties so that ownership can be reassigned to Robert Altman. 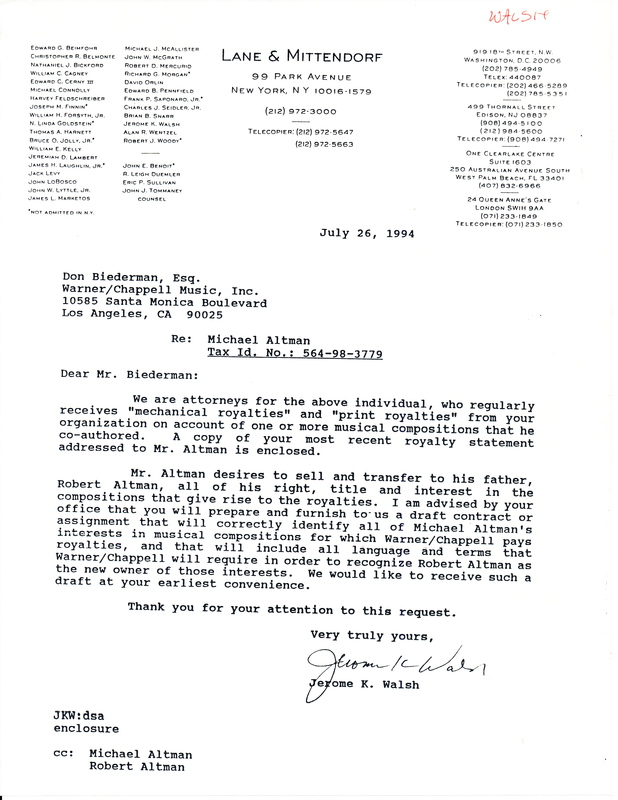