In 1598, Chapman published a translation of Seauen Books of the Iliades and most of book 18 of the Iliad under the title, Achilles Shield. In 1609, the first twelve books were published, followed by the translation of the entire poem in the edition of 1611, of which our copy is an example. In an introductory letter, “To the Reader,” Chapman rejects verbatim translation on the grounds of inelegance:

Their word-for-word traductions (where they lose
The free grace of their natural Dialect
And shame their Authors, with a forced Glose)

In fact, to embellish the English version, Chapman often took poetic license, going as far as adding words and phrases not in the original. For instance, “Hades” is “the invisible cave that no light comforts.” And, as it was fairly typical of the early-modern translator, Chapman also made use of annotated Latin versions, such as the edition of Jean de Sponde published in Basel in 1583, which included a Latin translation paralleling the original Greek. 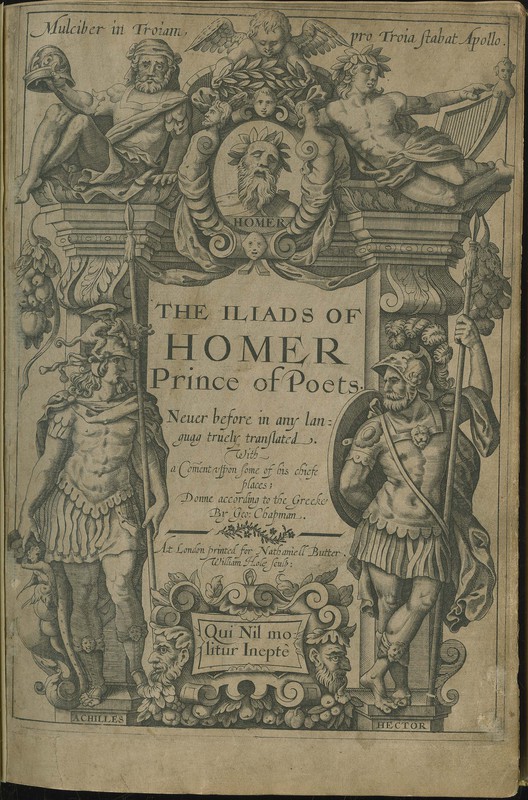 The Iliads of Homer Prince of Poets. Neuer before in any languag[e] truely translated. With a co[m]ment uppon some of his chiefe places; Donne according to the Greeke By Geo: Chapman.
London: Nathaniell Butter, [1611]. Engraved by William Hole. 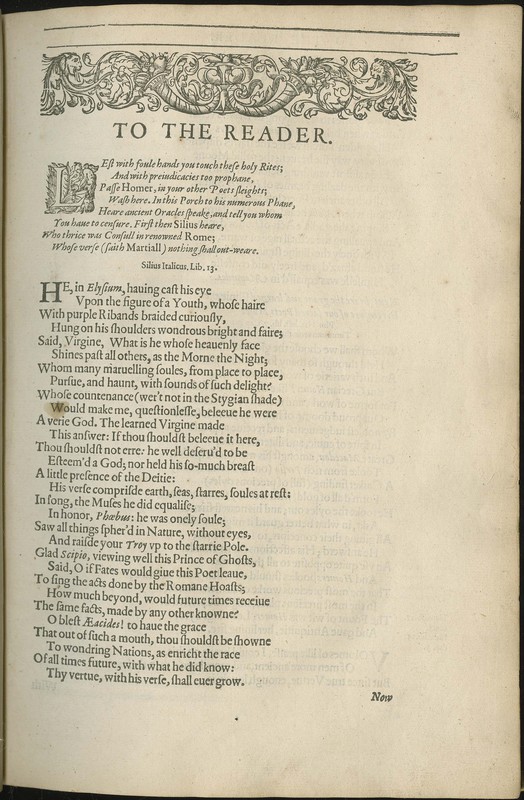 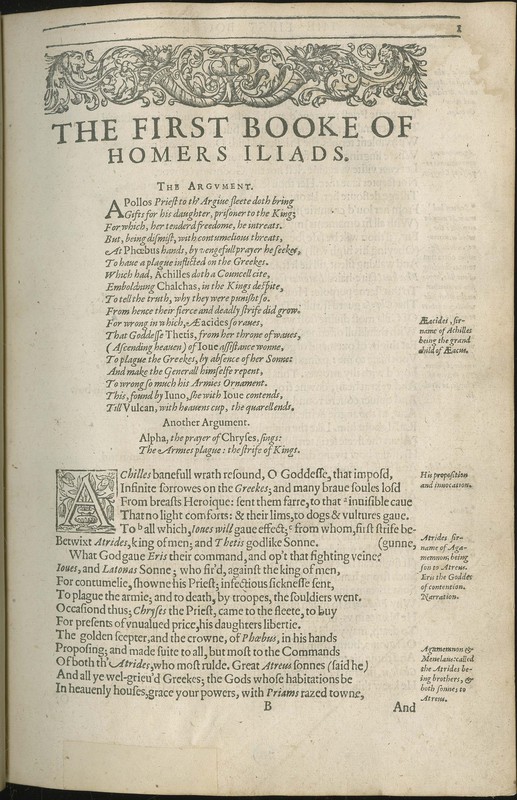 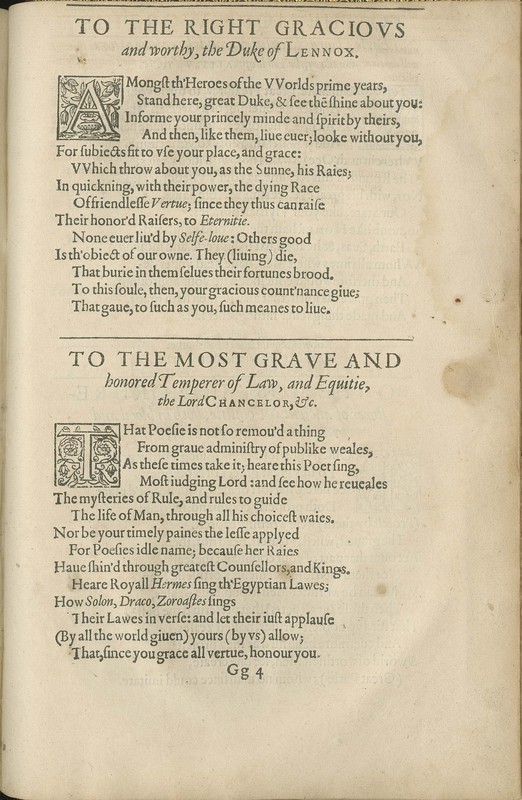 Hobbes's masterpiece Leviathan, or, The Matter, Form, and Power of a Common-wealth, Ecclesiastical and Civil (1651) caused him trouble with the loyalists during the Cromwell's era because they thought the book endorsed the change of  political allegiances if a monarch was cruel. At the age of eighty-five, when his philosophical works had been banned, Hobbes returned to the classical studies of his youth, as his extrardinary translation of Thucydides well attested, and began to write his English version of the Homeric poems. Firsst published in 1676, his translaton of the Odyssey was so successful that he was encouraged to undertake the translation of the Iliad as well. His literary style was concise and direct as one can easily observe in his version of the first four verses of the Iliad:

O goddess sing what woe the discontent
Of Thetis' son brought to the Greeks: what souls
Of heroes down to Erebus it sent,
Leaving their bodies unto dogs ad fowls. 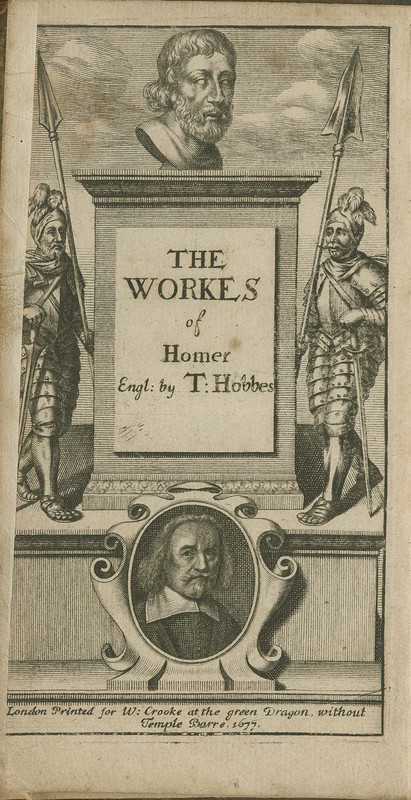 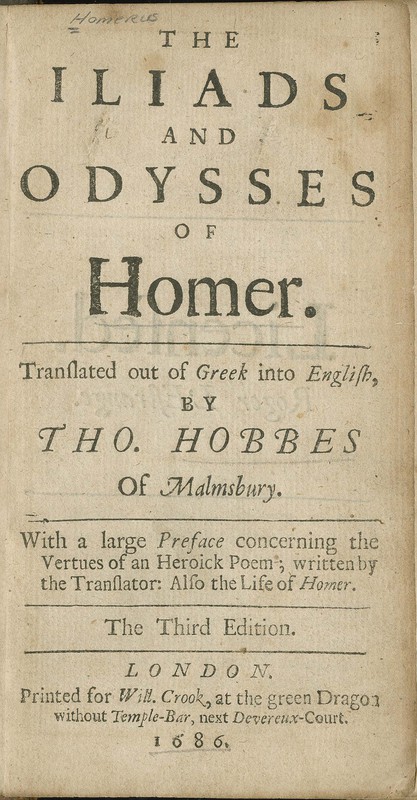 As poet, literary critic, translator, and playwright, John Dryden (1631–1700) dominated the literary scene of Restoration England. Being a converted Catholic and a supporter of King James II, Dryden ended connections with the court patronage upon the accession of William III (reigned 1689–1694). Eventually, Dryden took refuge in the translation of a selected number of ancient and medieval authors, as he described in a letter to a friend:

I pass my time sometimes with Ovid, and sometimes with our old English poet, Chaucer; translating such histories as best please my fancy; and intend besides them to add somewhat of my own: so that it is not impossible, but ere the summer be pass'd, I may come down to you with a volume in my hand, like a dog out of water, with a duck in his mouth.

Fables Ancient and Modern contains nineteen translations: seven from Chaucer, eight from Ovid’s Metamorphosis, three from Boccaccio, and the first book of the Iliad. In general, Dryden’s translations of the classics were addressed to a wide readership who was not necessarily versed in the original languages. The first edition of this collection appeared less than two months before Dryden’s death on 1 May 1700. 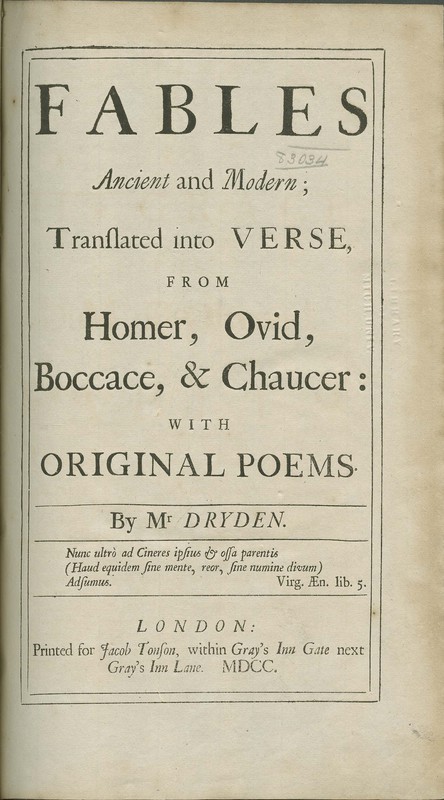 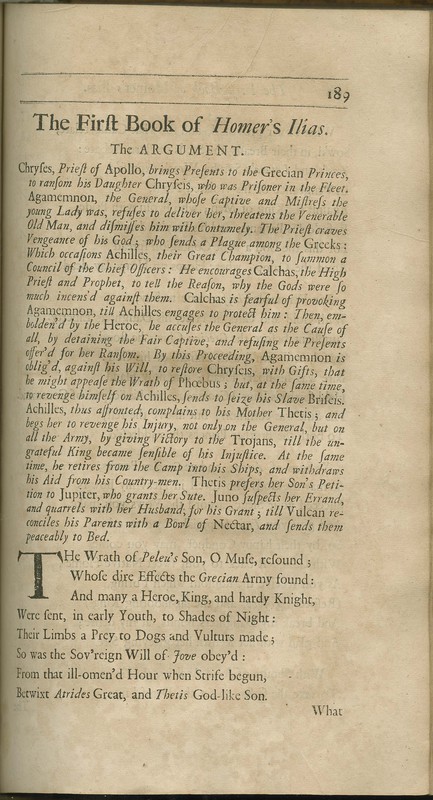 Homer in the Vernacular