Homer in the Vernacular

The history of the first translations of the Homeric poems into the main European languages is fascinating, for it often reveals both the political and cultural mood of the recently created European nations. With the multiplication of printed editions of the poems, an increasingly larger pool of scholars made enthusiastic attempts to translate an ancient language into a new idiom. These new versions were not only philological achievements at that time but also a reason for national pride, since an ancient epic could be made alive within the context of new national exploits.

The second half of the sixteenth century represents the high point in the assimilation of Homer into French humanist culture. Unlike England—where no edition of Homer was published until the 1591 Greek edition of the Iliad by George Bishop—France, and particularly Paris, quickly followed Italy’s example to provide its own Homeric texts. For instance, we can mention printers like Chrétien Wechel in the 1530s and Gillaume Morel in the 1560s. This trend was particularly strong after the founding of the Còllege de Lecteurs Royaux by François I in 1530. This institution was established to teach the three ancient languages—Greek, Latin, and Hebrew—and to provide its students with editions and commentaries of ancient texts. Moreover, French translations also contributed to the awareness of the Homeric epics. The first successful version in modern French verse was made by Hugues Salel who translated the first ten books of the Iliad, published in 1545. It was followed by the translation of the other 13 books by Amadis Jamyn, published in 1577. The entire Iliad in French was ultimately published in this 1580 edition, including the translation of the first two books of the Odyssey, which had previously appeared as part of the OEuvres poetiques by Jacques Peletier du Mans in 1547. 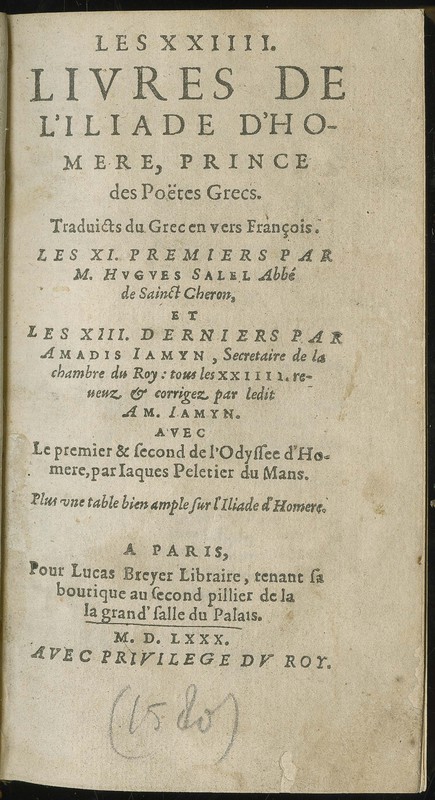 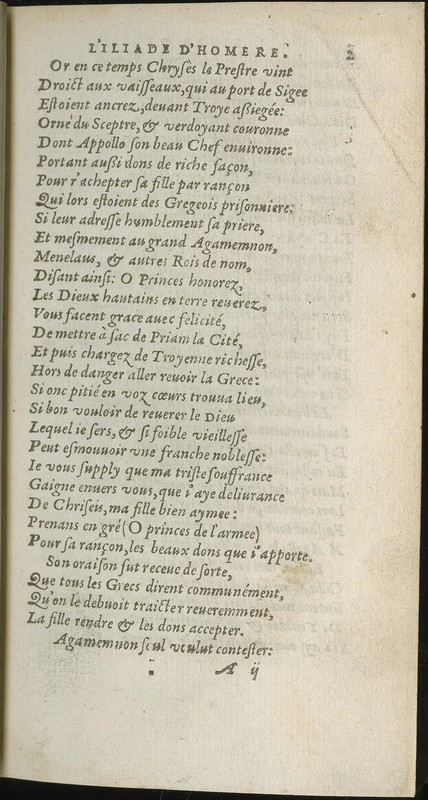 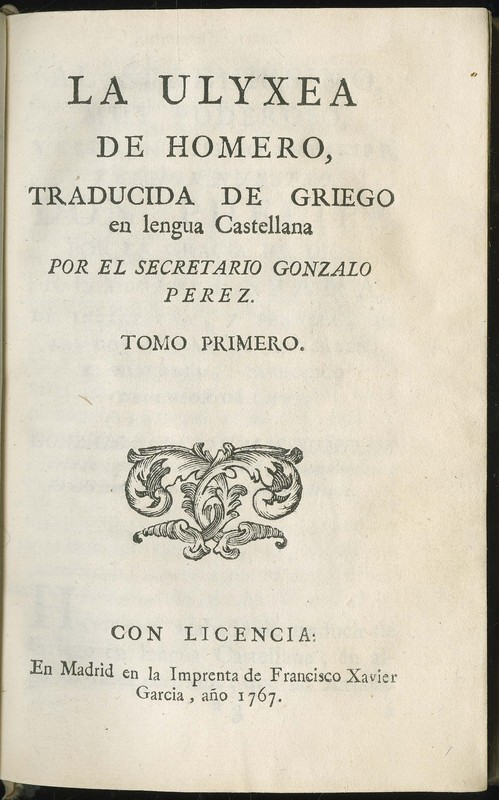 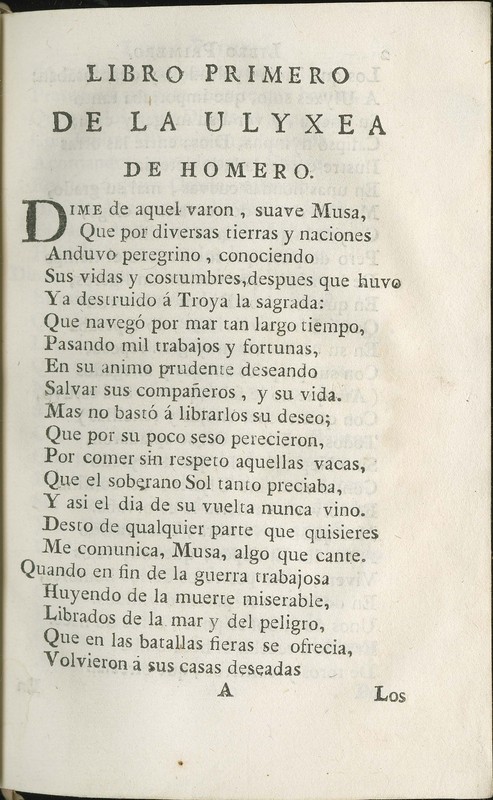 The humanist Dirck Volckertsz Coornhert introduced Homer to a Dutch audience with his translation of the first twelve books of the Odyssey that was published by Jan van Zuren in 1561. Aesthetically, this edition represented an extraordinary novelty in the Northern Netherlands: roman and italic typefaceshave been used! The introduction of these typefaces in Dutch-language books was made possible because of the particular situation in the southern regions of the Low Countries from the first half of the sixteenth century onward. In this area, the influence of French humanists facilitated the acceptance of these kind of typefaces. In the Northern Netherlands, including cities like Haarlem, the development was much slower: not a single book was printed in the vernacular before 1561 with an italic typeface. Actually, Jan van Zuren’s press had to abandon its activities a year later,and it was not until the seventeenth century that the roman and italic typefaces were used with any consistency in Dutch-language books, and even then the use of italics was almost always limited to indicate emphasis. 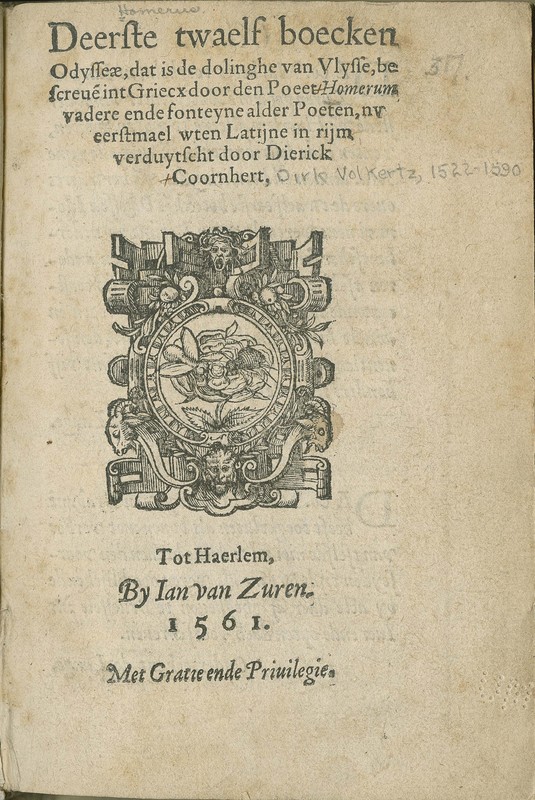 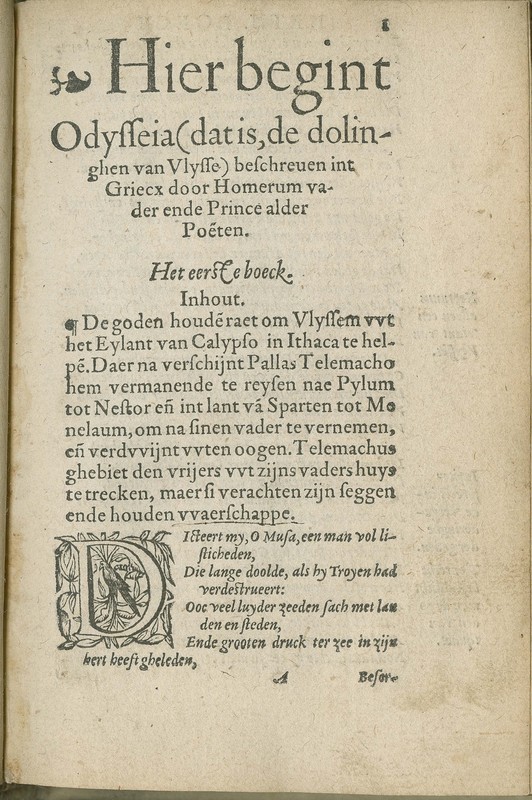 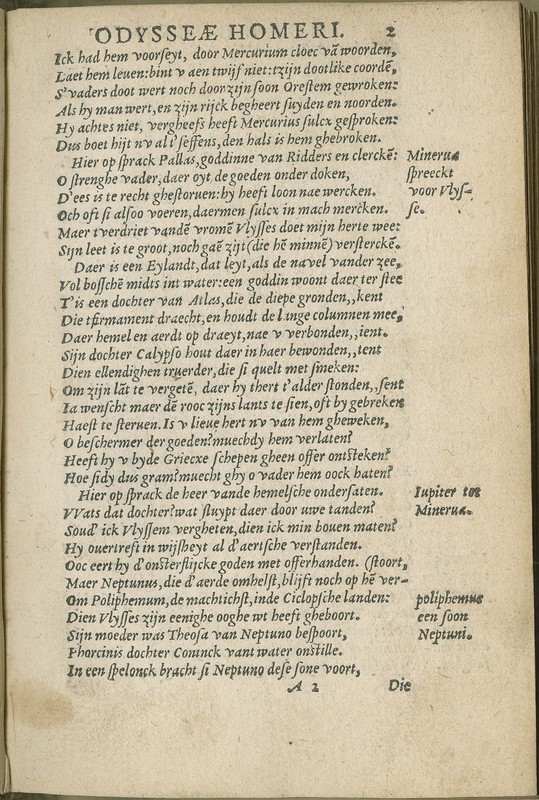 There is no doubt that Italy played a central role in the diffusion of the Homeric text among Italian humanists and the rest of Europe. It seems, however, that at the end of the sixteenth century, French scholars and publishers were the ones to take over Italy’s leadership and advance Homeric studies in Europe. The first translation of Homer into Italian is the version of book 1 of the Iliad by Francesco Gussano, published in Venice in 1544. The first edition of Lodovico Dolce’s translation in octaves of both the Iliad and the Aeneid was published posthumously in 1570. Each book is preceded by an argomento, a brief summary of the relevant book, and allegorie that are explanations designed to provide a broad context of the action to the reader. This edition is richly illustrated with woodcuts. 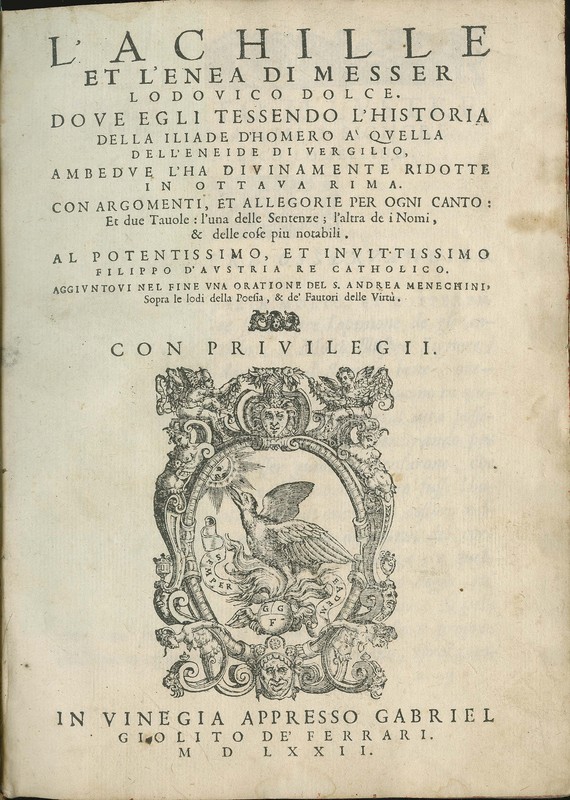 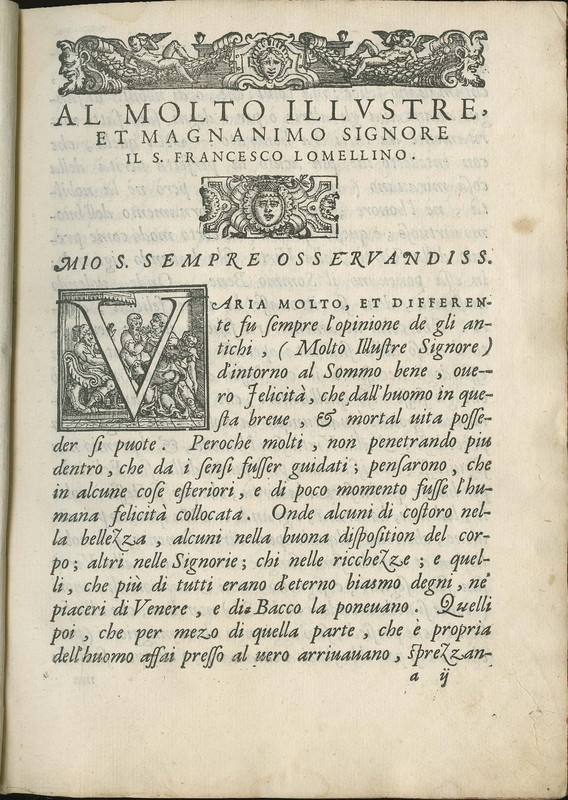 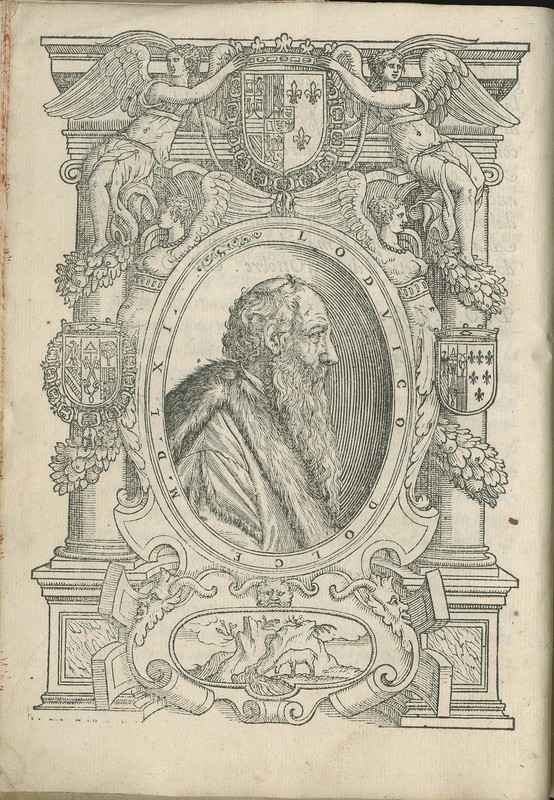 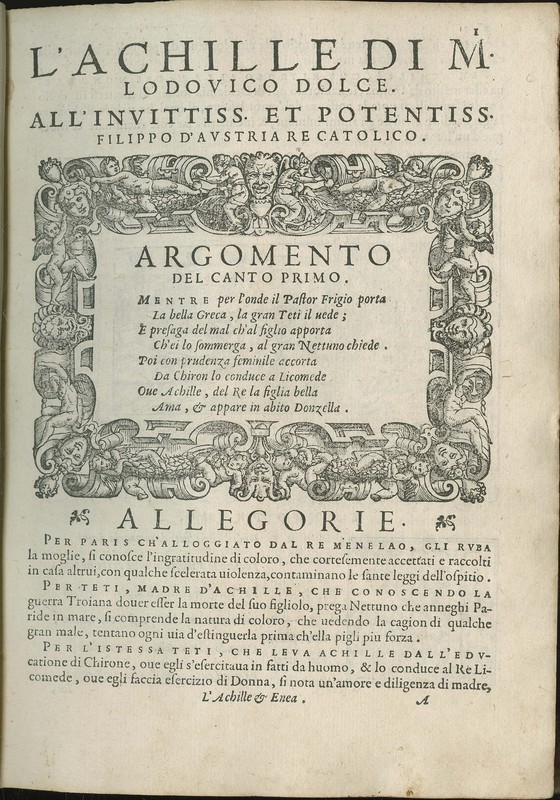 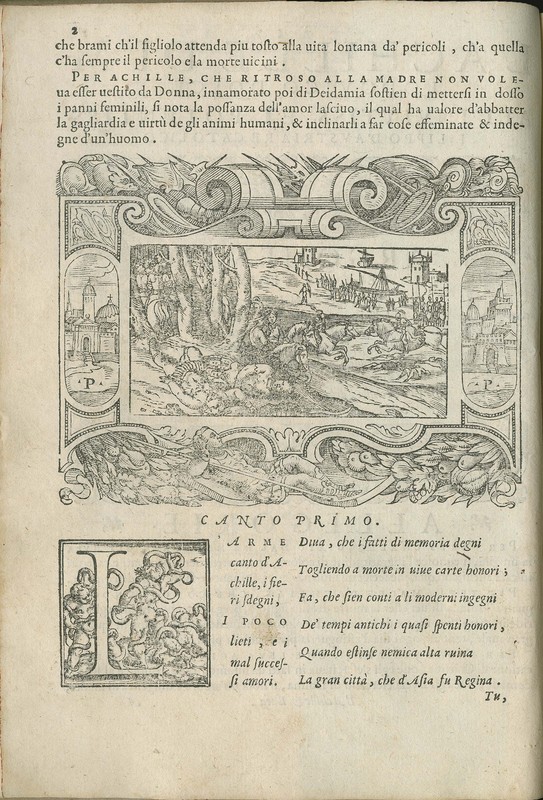