The Virginia Housewife or Methodical Cook

Considered America's first truly regional (Southern) cookbook, this is an important item in the annals of American culinary history, which happens to still be in print (in a revised edition). The author notes the merits of kosher meat: "Few persons are aware of the injury they sustain by eating the flesh of diseased animals. None but the Jewish butchers, who are paid exclusively for it, attend to this important circumstance."

Mrs. Randolph, the author, was related to Thomas Jefferson and was the proprietor of a boarding house for many years. 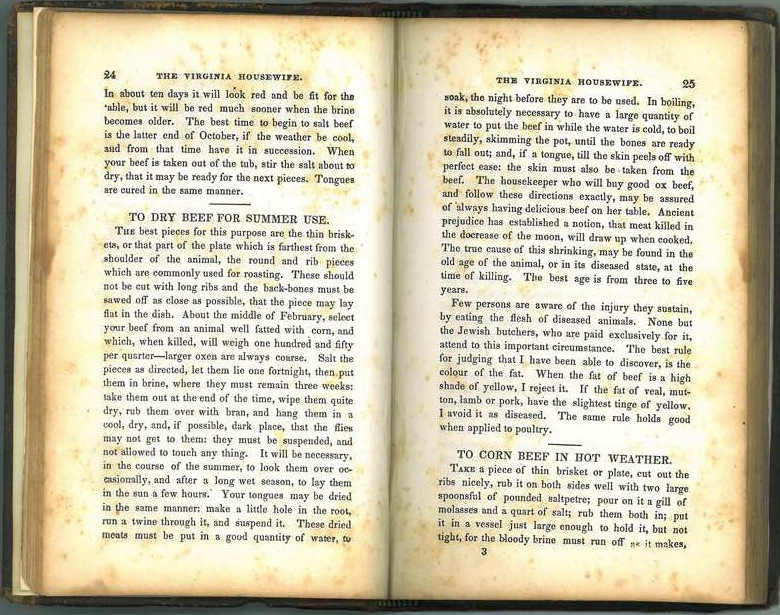 Modern Cookery in All Its Branches

This 1845 re-issue of Eliza Acton's Godey's Ladies Book, Modern Cookery in All its Branches is "revised for American Housekeepers." In this book, there is a recipe for "compote of oranges—a Hebrew dish" that is unlike any supposed orange compote one historically recognizes (i.e. Passover charoset) as Jewish. This book is revised by Mrs. Sara Josepha Hale.

Acton was a famed English author and included a number of Jewish recipes in later publications (London). 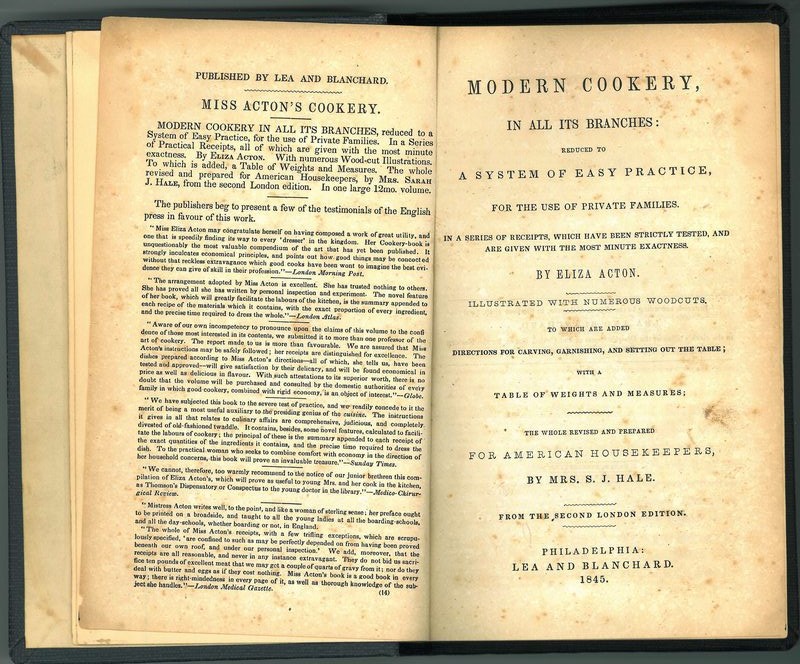 In Mrs. Hale's New Cook Book (1857), there are two overtly Jewish items presented to the reader. One is a "stewed fish, Hebrew fashion" and another is a fried salmon in the "Hebrew fashion." 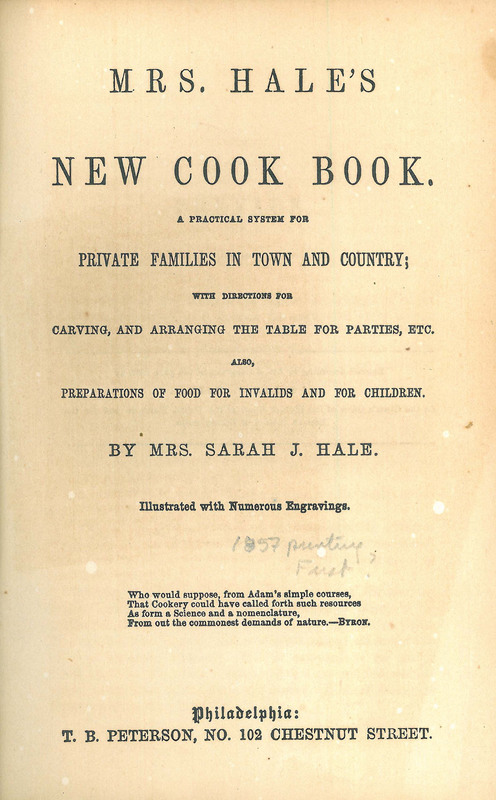 The author of this item, Mrs. Jennie Cunningham Croly, was a leading journalist, newspaper columnist, and women's rights activist. She was active in the founding of Sorosis (a club of women writers) and the General Federation of Women's Clubs. Her History of the Woman's Club Movement in America (1898) is an invaluable resource on early female activism. Also, her son Herbert was the founding editor of the New Republic and active in the Progressive movement.

Jennie June, as she was popularly known, included a complete section of Jewish recipes in this early American cookbook. 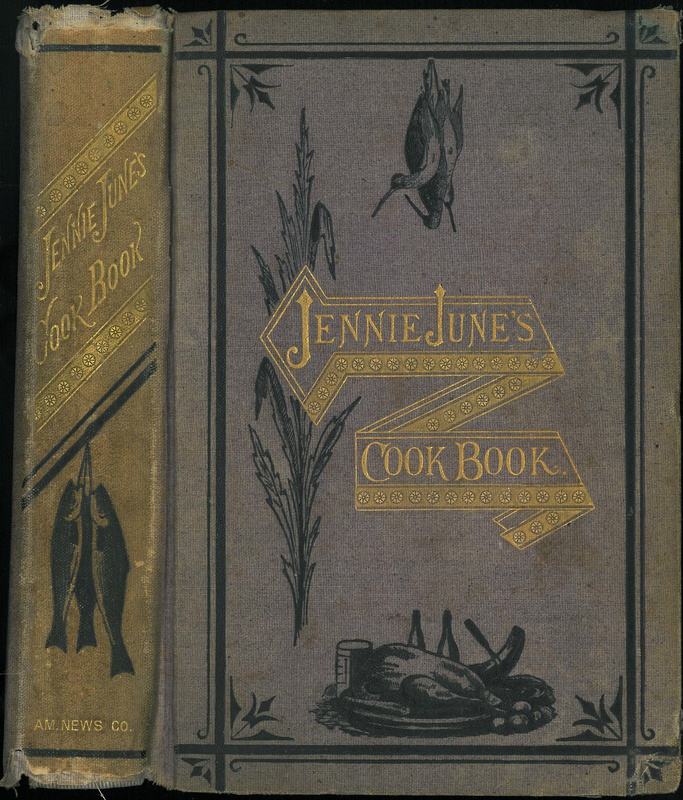 This is the first truly national American cookbook. Written for the Centennial Fair and the 100th birthday of the United States, recipes were gathered from every state and territory, with no less than 14 traditional Jewish recipes. These recipes include such delights as "Haman's Ears for Purim Night" and "Crimslech for Passover," a sweetened matzo fritter. 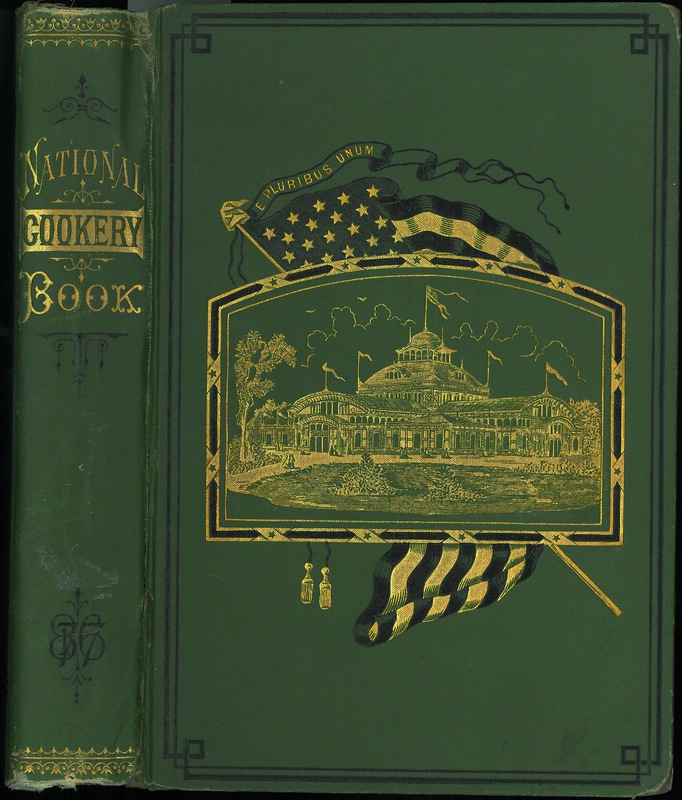 This is the first Jewish cookbook published in America. Mrs. Esther (née Jacobs) Levy explains that the intention of this book is to prove that "without violating the rules of our religion, a table can be spread, which will satisfy the appetites of the most fastidious." In this cookbook, Mrs. Levy reconciles the "logistical problem" of middle class taste and aspiration with traditional religious practice by opening up the Jewish table to the broader world.

Unfortunately, little else is known of Mrs. Levy.

This is the first English-language Jewish cookbook ever published. This rare first edition was published in London in 1846, twenty-five years before Mrs. Levy's Jewish Cookery Book.

This book was written by Lady Judith Montefiore, the wife of Sir Moses Montefiore and a relative of the Rothschilds. Living in the upper crust of British society, Mrs. Montefiore felt it pertinent to have a manual from which servants and ensuing generations of housewives would be able to maintain a kosher kitchen while still being able to entertain. 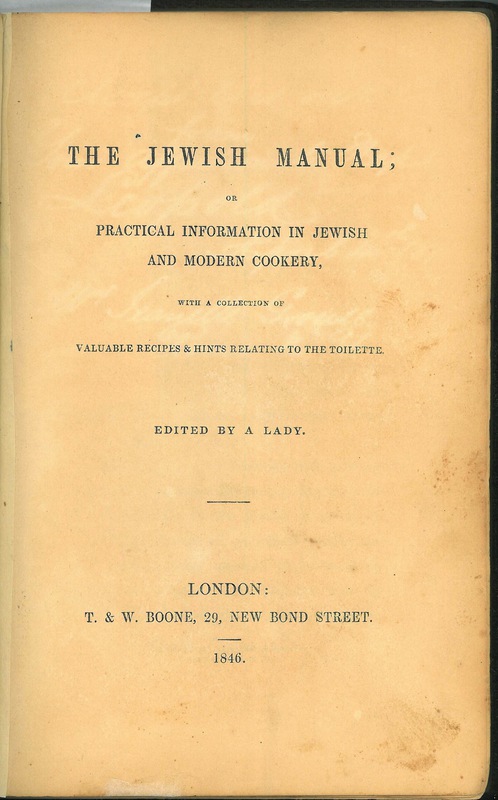