The processes for making lantern slides in McKnight's time were not dissimilar from the methods for developing photographic prints. There were two general approaches to production. The contact method involved exposing a photographic negative directly onto a light-sensitive piece of glass. The glass and negative needed to already be the size desired for the final product, typically about three and a quarter square inches. The glass plates were placed on a wooden frame and the negative laid carefully on top. Plates would then be developed with chemicals and exposed to either natural or artificial light.

If one wished to develop a slide at a different size from the negative, the camera method could be used. This process was more difficult and technically involved, as it required more equipment. The plate and negative were placed in a camera. The job then proceeded like taking a picture of the negative rather than an outside subject. Light would pass through the negative, then through the camera's lens, and finally it would expose the image onto the plate. The tricky part was having the proper set-up to hold the negative to the camera's lens. The illustration above is from a 1892 guide to making lantern slides and shows one such possible arrangement. 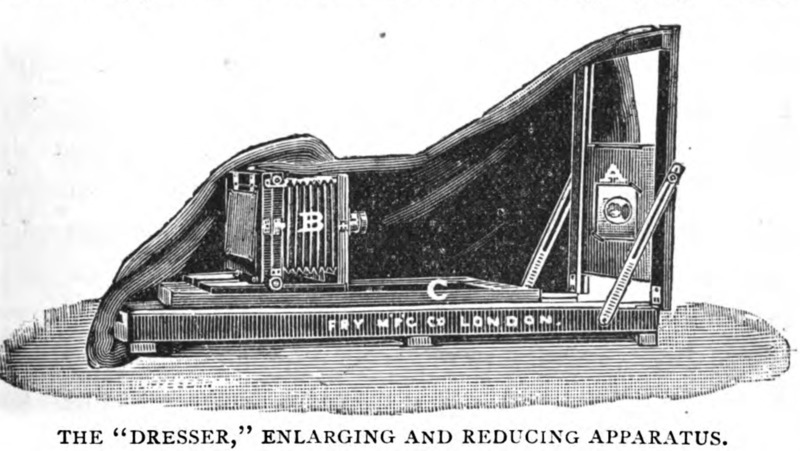 Example of an arrangement for the "camera method"

After the image had been exposed to the plate, the slide was developed in chemical baths in a similar way to regular photographs. The precise mix of chemicals and the recommended time to expose the slides varied, depending on how clear and intense the manufacturer wanted the image.

Once the slide was all developed, cleaned, and dried, the plate was ready to be bound. Typically, a paper mat was placed on the slide to create a kind of frame for the image. Finally, a piece of glass was bound to the slide plate to cover and protect the emulsified side, and then the finished product was ready to be used. 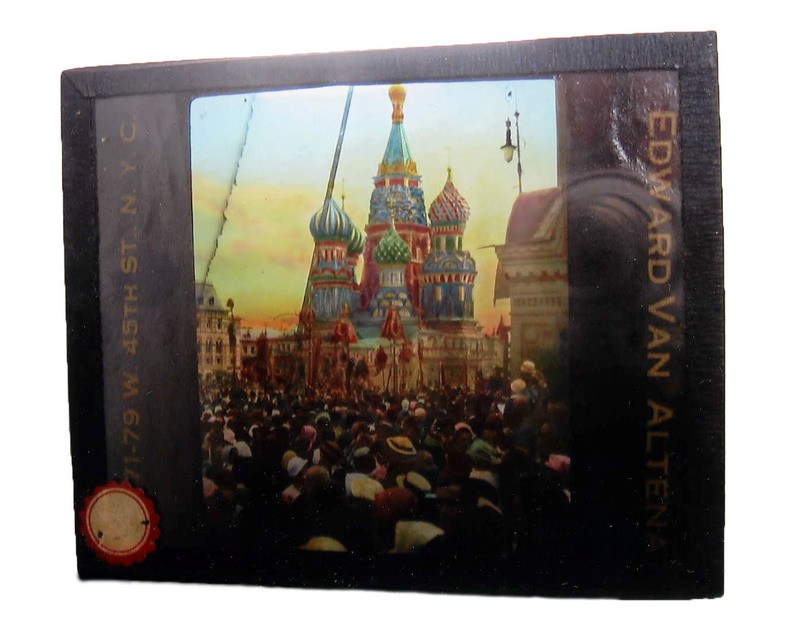 Example of a finished and bound slide

Many of McKnight's slides were produced by well-known slide manufacturers of the time, in both Europe and the United States. Her collection includes the handiwork of companies such as T.H. McAllister from New York, Levy & Ses Fils, Photographes from Paris, and local companies such as the Baker-Coster Photo Company in Grand Rapids and the Detroit Photographic Studio.