There are nine sizable fragments of leaves of papyri and some smaller fragments included under P. Mich. Inv. 1289; a leather cover fragment is also included in the 1289 inventory group and will be discussed later. The manuscript is dated to the sixth century, and according to the APIS description, the Coptic text includes the conclusion of the martyrdom of Saint Phocas in a heretofore unknown version, as well as an early version of the dying prayer of Athanasius. The description notes that the manuscript is written in heavy, square uncials with few fine lines in what is probably a version of the Sahidic dialect of the Coptic language. According to a 1948 letter sent to T.C. Peterson from University of Michigan manuscript curator Elinor Husselman, the codex was acquired in 1923.

The two leaves of the sheet were originally conjugate but are now cracked vertically along what was once the line of the fold. This fragment carries vivid and varying binding evidence. The evidence includes debris from a possible leather stay (added inside text folds to prevent sewing from tearing through the fold); or it may be a gutter mend.  A length of cord that is either a tacket (an ancient style of attachment akin to a staple) or part of a sewing thread survives within the gutter area atop the leather debris; the fold area is too damaged to be certain of sewing/tacketing holes through the fold. Finally, a pattern of paired holes pierced along both sides of the fold area indicate that, at some point, the folded quire was pierced through the side and side-sewn with thread. The question is: If this notebook was both sewn through the fold and through the side, which system was used first? Best guess: sewn through the fold first, side-sewn as a repair when the folds began to break (papyrus does not like being folded and will split). 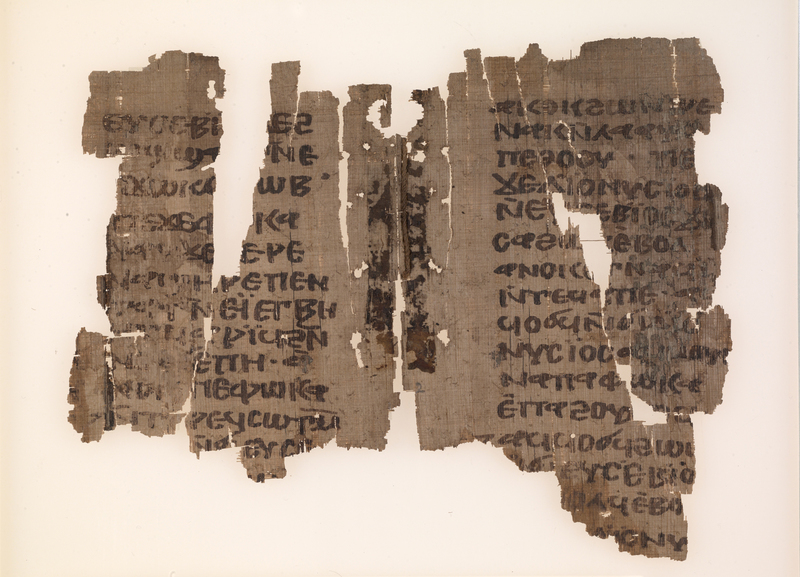 Three leaves of 1289 are held between two sheets of glass; the first two leaves were once joined but have split apart. The edge of a second column of text is visible on the fragment to the far left; the center margins of the two leaves that were once conjugate and the spine edge of the half sheet to the right show pairs of holes down the spine edge, evidence of probable side-sewing. 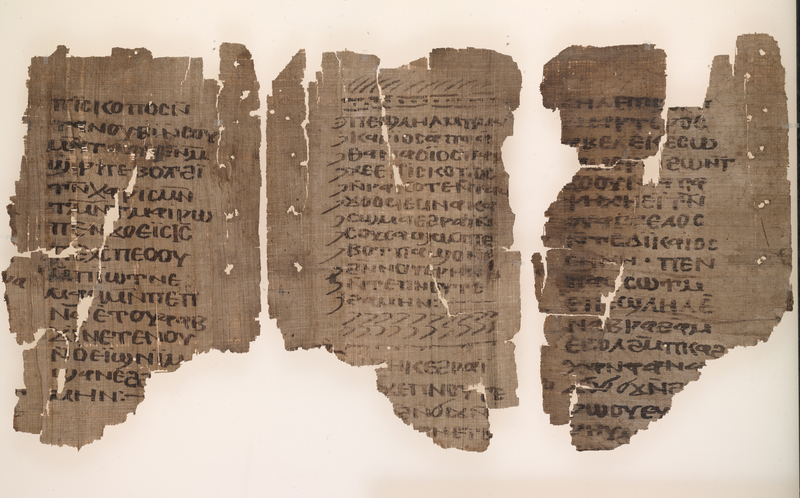 An image of the verso of the second P. Mich. Inv. 1289 text fragment; the dark stain in the fold/gutter area is from the leather strip on the other side. 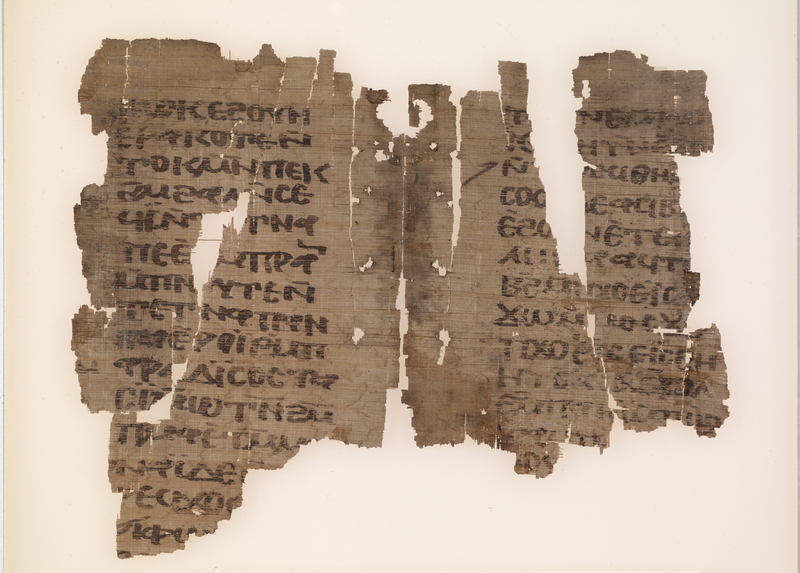 This model of a folded facsimile of 1289 shows how a tacket works: one or more stays (folded strips of leather or parchment) are positioned inside the center of the quire, and the two ends of a tacket of cord, leather, or parchment is laced through the stay and the quire; the two ends are then tied together. It is a sturdy and easy way to hold a single-quire book together and is similar to our present-day pamphlets. 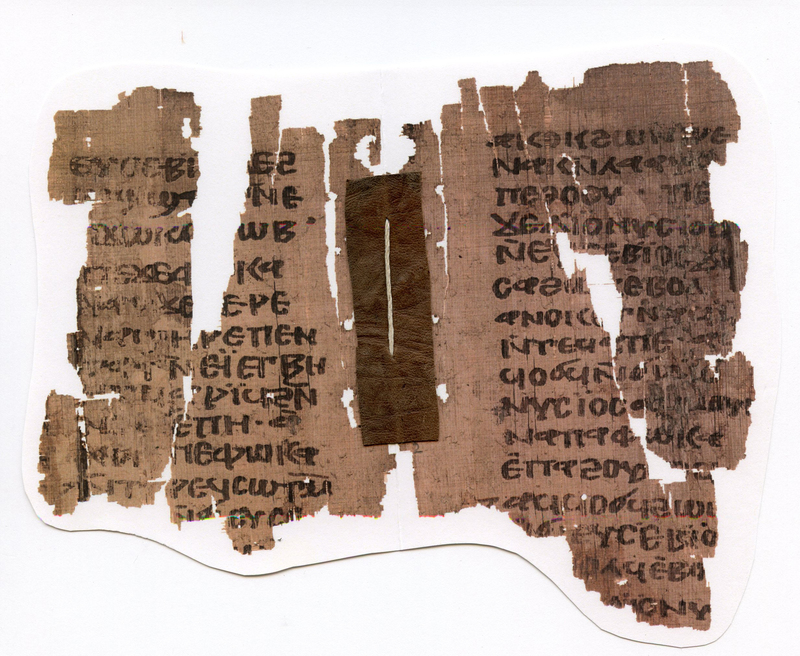 This is what P. Mich. Inv. 1289 might have looked like when intact as a notebook; the folded papyri are side-sewn to illustrate the function of the pairs of holes along the spine of the original fragments. The two knotted threads on the spine fold represent the other possible attachment used on this notebook: two thread tackets passing through the quire and tied off on the outside of the spine fold. 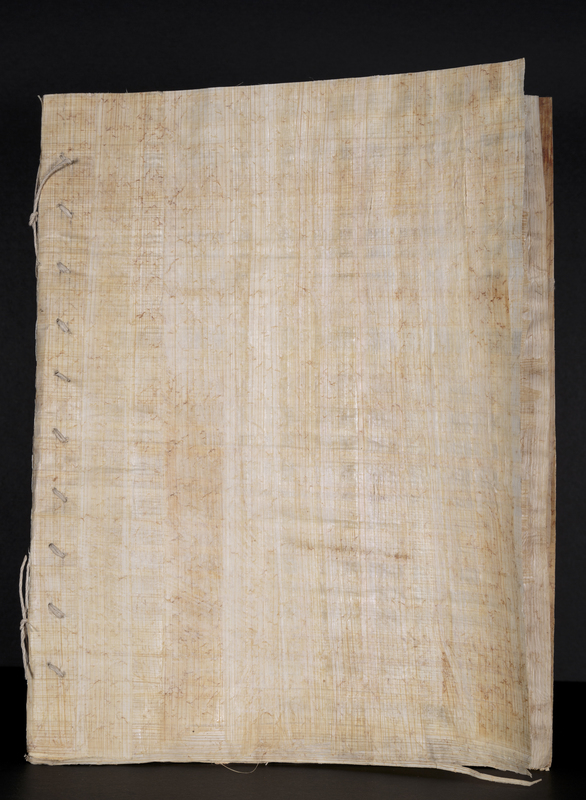 A Board Fragment with Structural Elements