The fragment of leather is large, measuring 22.0 cm high by 21.0 cm wide, and very probably forms part of the cover of a codex. The type of leather is not possible to determine, though both sheepskin and goatskin were often used for book covers in Egypt during the first millennium. This leather is worn, discolored, and suffers from red rot. There appear to be very faint border lines scored or incised into the leather. A slit measuring 1 cm appears at corresponding locations roughly midpoint near the top and the bottom edges of the skin; it is possible that a thong, probably of leather, had once occupied the slit. The thong was probably present as an edge tie, and there would have been a corresponding tie on the now-missing lower cover for each tie attached to the upper cover. The cover was originally folded in half, horizontally. 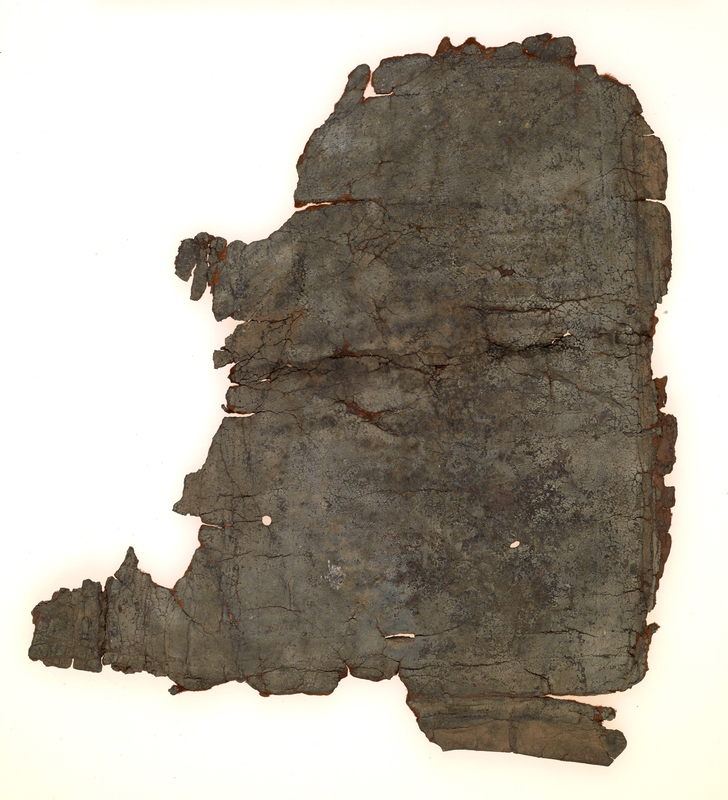 There is also evidence of a turn-in on the far right area of the cover where just a fragment of the cover extends beyond the main part of the leather. This area appears to correspond in location and appearance with the type of spine-area turn-in seen on other covers of this type, where a slit is made on each side of the spine area of the leather to the depth of the desired turn-in, and the turn-in is then made.

Study of the left fore-edge area of the inside of the leather cover fragment reveals that a vertical strip of folded leather was laid down to form the left “border” of the upper cover before the papyrus linings were attached to the inside of the cover. A small amount of cover leather still protrudes beyond this vertical strip, evidence that the cover once had a flap extending from the upper cover. The strip of folded leather was added to finish the turn-in sequence for the cover, to provide a finished appearance, and to create symmetry with the lower cover turn-ins. This addition was only made on flap bindings, and in the first millennium, fore-edge flaps always extended from the upper cover on this type of binding. This allows us to assume this cover fragment is that of the upper cover of the codex. 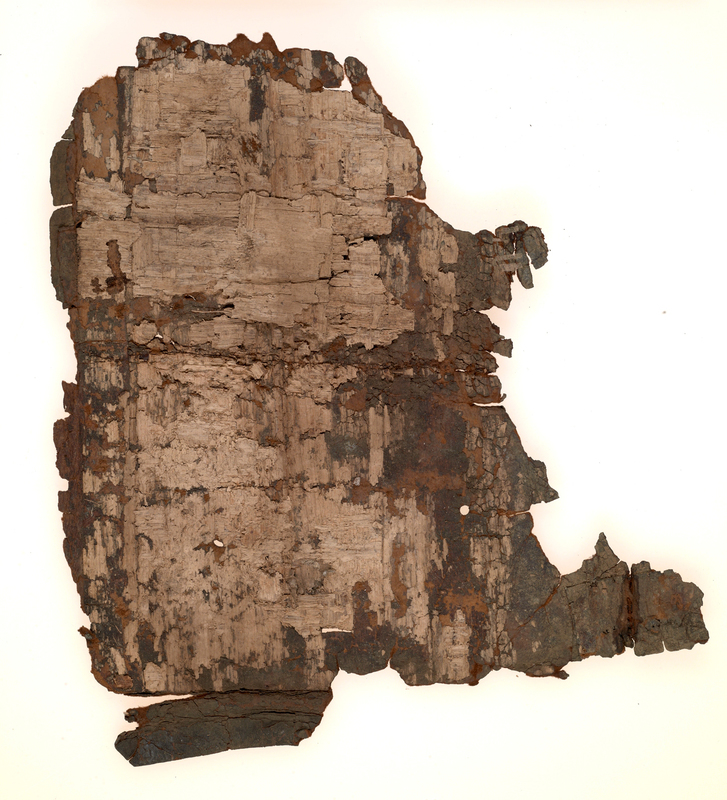 Cover of Coptic Book. 13 pages stabbed & sewn: Cover although folded when received (over a number of loose fragments in addition to sewn portion) is evidently one cover of a larger book and so folded to deceive. The 3 seals and tapes which accompany the book had no connection with it. A mass of fragments not belonging in any way also in jacket with it. Some taken out & joined to larger pieces. C.T.L.

Note that Lamacraft does not identify this cover as that belonging to the 1289 text; a general note in the Papyrology inventory mentions that a folder containing a cover fragment is to be found with the 1289 fragments, but also does not identify the cover as belonging to the 1289 text. The fact is that when you compare the size of the model of the 1289 text block were it intact with the remnant of leather cover and the model of it if intact, it is impossible to believe that the leather cover was associated with the 1289 notebook. 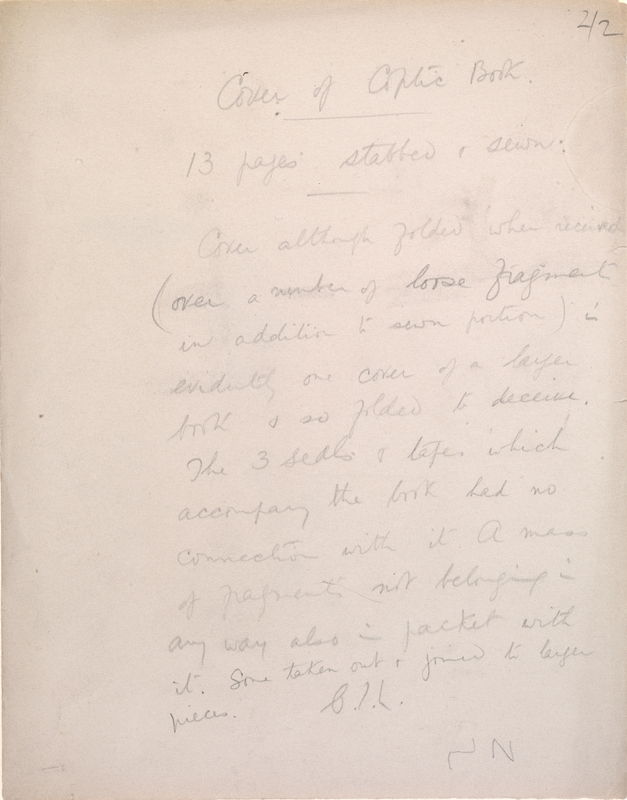