Created in 1965, this Michigan literary map includes a list of writers, by genre, who were born in Michigan or worked in the state, particularly those from the twentieth century. For each of the featured authors, the state had a significant impact on both their writing and the literary history of Michigan. The map itself is illustrated with scenes from particularly significant books. 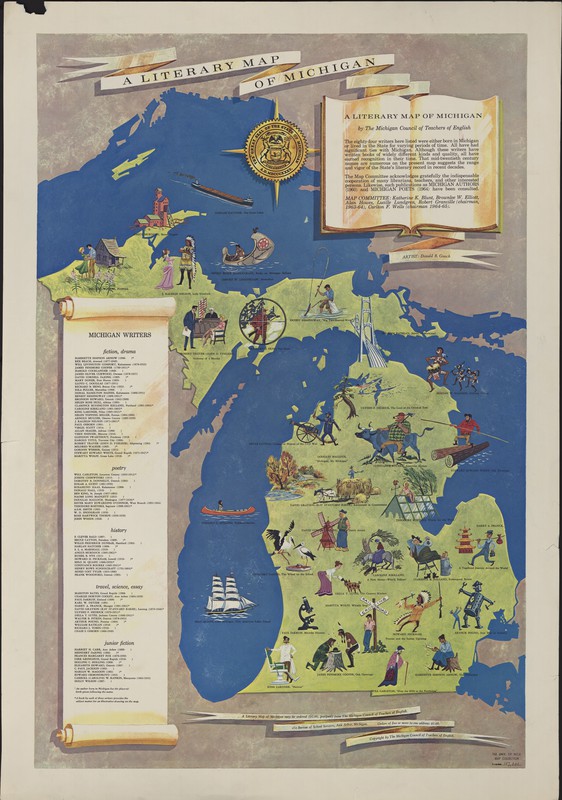 A Literary Map of Michigan

This map of Michigan from the Michigan Center for the Book and the Library of Michigan includes award-winning authors and illustrators from Michigan. The map organizes them by city and lists the different awards each person has received. It routes each city on the map by number starting in Detroit and ending in Vulcan in the Upper Peninsula. Along the way, the map includes illustrations to represent key areas in Michigan. Some notable authors include Ernest Hemingway in Walloon Lake and Joyce Carol Oates in Detroit. 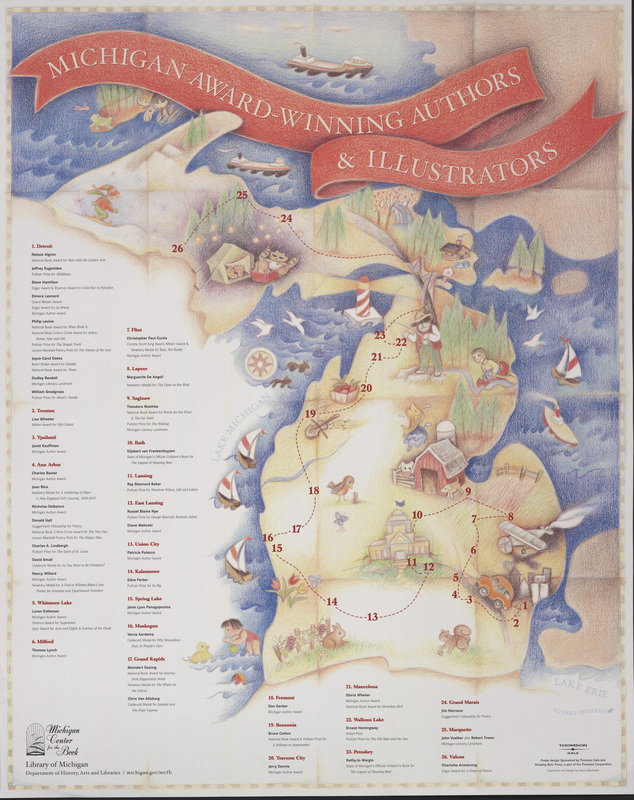