This Literary Map of Detroit sponsored by the Marygrove College Institute for Detroit Studies and the Department of English and Modern Languages uses Google maps to plot Detroit locations with literary significance. Pictures of these locations along with a written explanation are included as well. Lists of works by Detroit authors have also been created to complement the map. Its purpose is to highlight the importance of literature to Detroit and vice-versa, especially in light of the city’s economic downturn over the last sixty years. 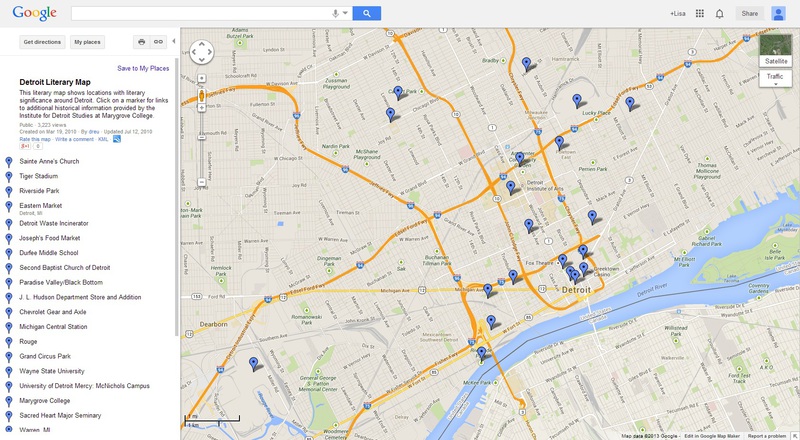 This is an interactive map of Manhattan published by The New York Times Book Review. It invites users to scroll through a map of Manhattan to see the various locations or to browse an index of entries to view the different works. With either option, there is a detailed view of each location including the work and author as well as a brief passage from the work relenvant to the location. For some entries, the user can also navigate to the New York Times review of that work. Some of these reviews are dated as far back as this 1869 review of Mark Twain's The Innocents Abroad. Others are more recent, such as a review of Stephen King's The Dark Tower from 2004. 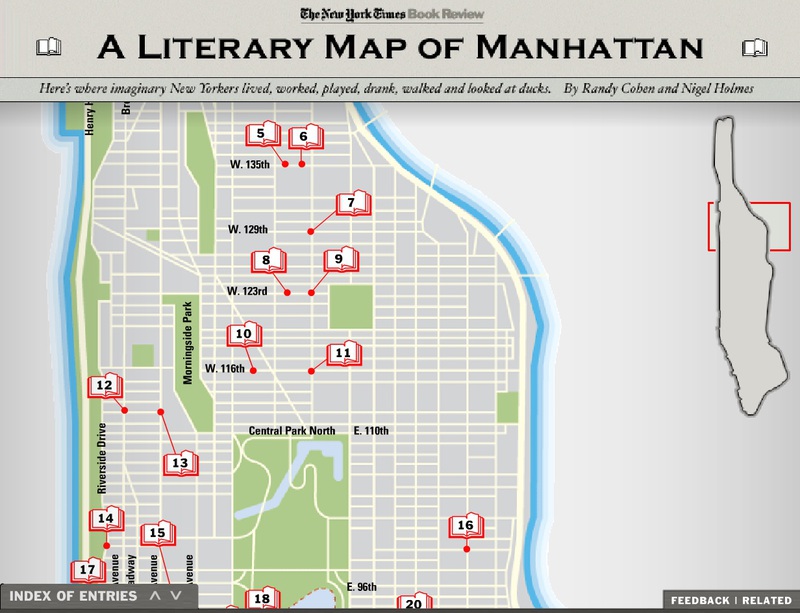 A Literary Map of Manhattan

This is a literary map of Brooklyn created by the Brooklyn Public Library that brings together information on landmarks and literary excerpts within a geographic context. They invite patrons to submit geographically-linked literary information from works of any genre (including poetry, non-fiction, and children's literature) which is then plotted on a Google Maps interface. The map focuses on both literary works that take place in Brooklyn as well as writers who lived in and were influenced by the area; plotted points are color-coded based on what type of information is given for the location.

Anyone can submit information to be included on the map by emailing literarymap@brooklynpubliclibrary.org a cited, geographically-linked excerpt. 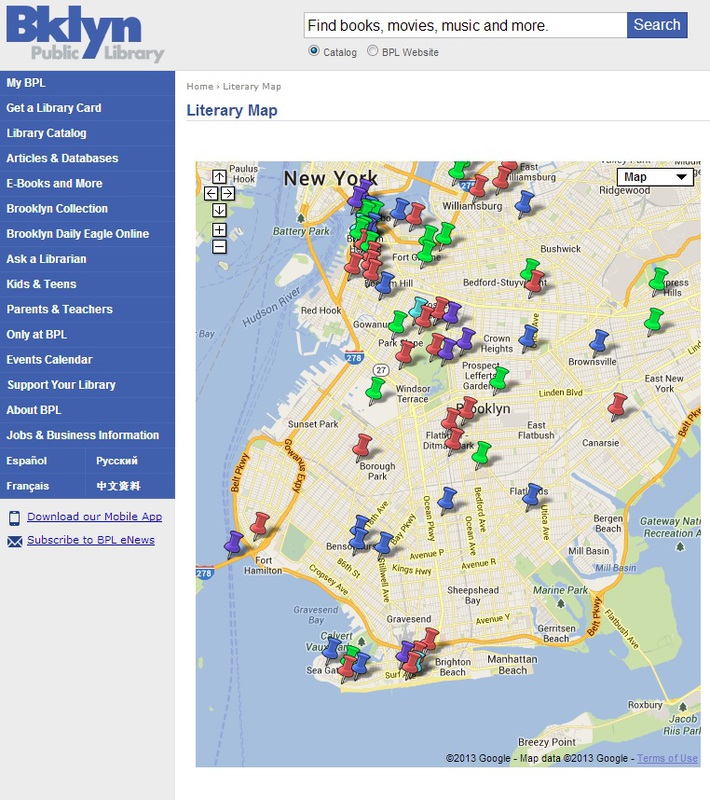 This interactive map of the San Francisco Bay Area published by the San Francisco Chronicle includes information not only on authors and their stories that take place in the Bay Area, but also local bookstores, links to the websites of contemporary writers living in the area, and more. For example, browsing the map's "Passages" section will bring up excerpts from works that take place in the area paired with a photograph of the location while "Places" includes landmarks such as writers' residences and places of birth and death as well as locations of past readings and places of inspiration. Overall, the map provides a beautifully detailed and inclusive image of the literary scene of the Bay Area. 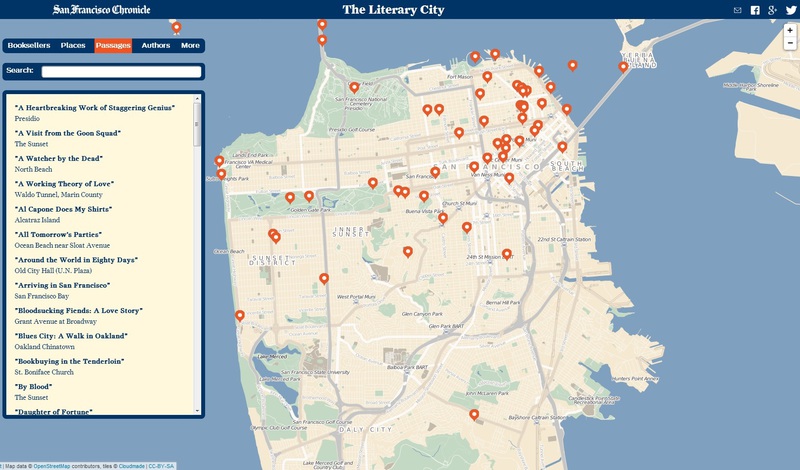 Placing Literature is an online database that allows users to find and/or plot locations from their favorite stories using Google maps. Interacting with the map will bring up information on the title, author, characters, and a description of the book and relevant scene as well as a link to a review of the work. It also gives users the option to check in to the location and tracks how many visits each site has. The database was created by author Andrew Bardin Williams, geographer Kathleen Colin Williams, and software engineer Steven Young in an effort to create a context for stories.

More information about this tool can be found in the Clark Library's blog entry New Resource: Placing Literature.