Reading and Responding to Austen

Published 80 years after Jane Austen’s major works, this critical study of Jane Austen focuses on her mastery of the mundane, and her clever and witty writing. This copy of the dissertation features a handwritten letter by the author’s father, Henry Pellew. This critical study, as well as the senior Mr. Pellew’s letter, exhibit the low readership and popularity of Jane Austen at the time. Although now Jane Austen is a highly respected English novelist, she started out with a relatively modest fame. When she first published her novels anonymously, they were well received but not widely discussed in academic spheres. It was not until later in the nineteenth century that her novels began to be approached from a more scholarly literary standpoint. Austen’s increased readership and respectability coincided with the publication of her biography, A Memoir of Jane Austen, written by her nephew, James Edward Austen-Leigh. This increase in popularity caused a reissuing of her works in cheaper editions.

George’s dissertation displays the emerging respect and critique for Austen’s work. His father’s letter reinforces this shift: “For Jane Austen has not many friends or admirers in these days and [among] the torrent of cheap editions I fail to recognize the well known titles of her works.” Pellew’s work on Jane Austen was the beginning of a now massive body of scholarly work analyzing Austen’s writings. 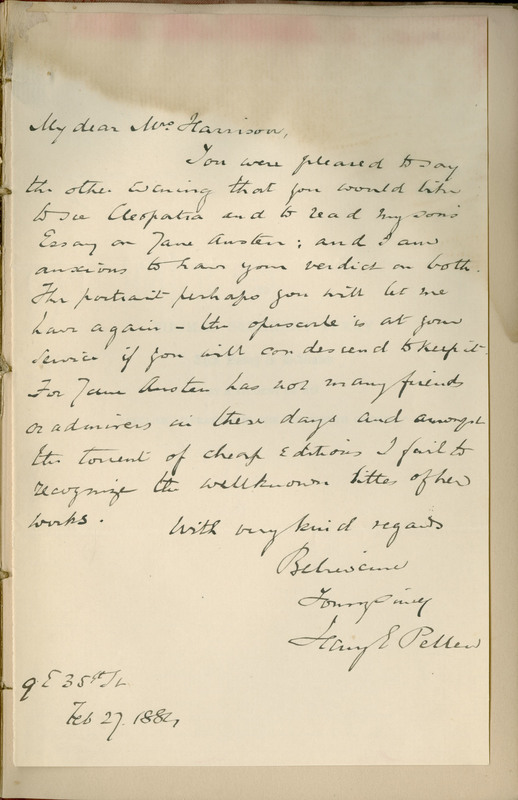 During the Victorian era, literary criticism served as a medium through which wide audiences could gain deeper insight on a broad spectrum of novels and authors from multiple disciplines. Literary criticism also provided commentary on social and cultural trends and production, which authors either reflected, criticized, or transformed. In this time period, Andrew Lang came to prominence as an author of fairy tales, a translator of ancient poetry, and a historian. During the 1880s, he was asked by the editor of the St. James Gazette, a conservative political newspaper, to write a column addressing letters to dead authors. Due to Lang’s expansive literary knowledge and skill, he was well-suited for this task, and cleverly penned each letter in the style of the author to which they are written.

Letters To Dead Authors encompasses sixteen of Lang’s letters to renowned authors, from English masters such as Alexander Pope and Charles Dickens to ancient, worldly writers such as Omar Khayyam and Herodotus. It is unsurprising, therefore, that Jane Austen is included amongst their ranks. However, she stands alone as the sole female author and influencer in the collection. Whilst Lang celebrates the likes of Edgar Allan Poe, his address to Austen is relatively sharp. He revives Austen’s work almost half a century after their publication, where he finds her stories are ill-placed amongst more “complex” literary novelists of his time period. While he expresses respect for Austen, his criticism offers a unique perspective differing from the reverence often ascribed to her. 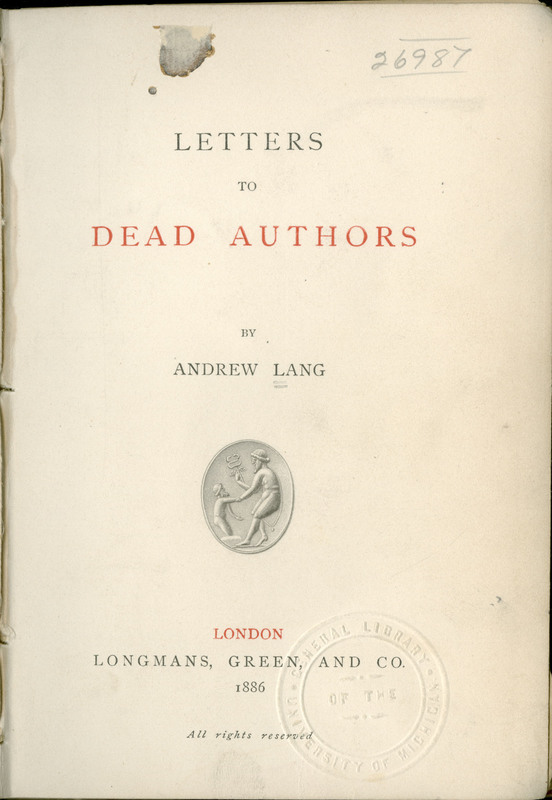 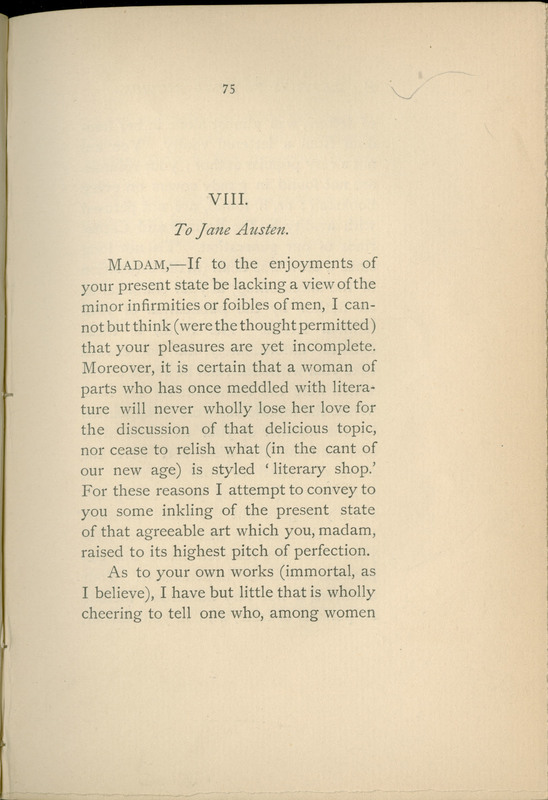 The Wit and Wisdom of Jane Austen is a collection of Jane Austen’s quotations and comments that have entertained readers for two centuries. Discussing topics from the specificity of a lady’s accomplishments to broad ideas on human nature, these excerpts from Austen’s writings provide the reader with a sampling of the main themes of Austen’s novels, and an opportunity to enjoy the “wit and wisdom” that has caused Austen to be so enduringly popular.

Austen only reached modest levels of fame in her time and published anonymously. While she did receive a few positive reviews, her novels were mostly read by men and women in high society. She became more popular after her nephew’s publication of Memoir of Jane Austen which portrayed her as “dear, quiet Aunt Jane”, a personality that was far more palatable for the general public. Her popularity soared and competing groups of “Janeites” began to appear at the beginning of the twentieth century.

Starting around the late 1980’s, the Jane Austen culture shifted into an industry of empowering, entertaining and speaking to women. By 1995, a flood of Austen adaptations began to be produced. From that time onwards, hundreds of books and scripts have modernized Austen’s general storylines but continue to draw ideas and inspirations from her works dating back to the 1800’s. This book is an example of the continued hunger of the reading public for more, new ways of consuming Jane Austen. 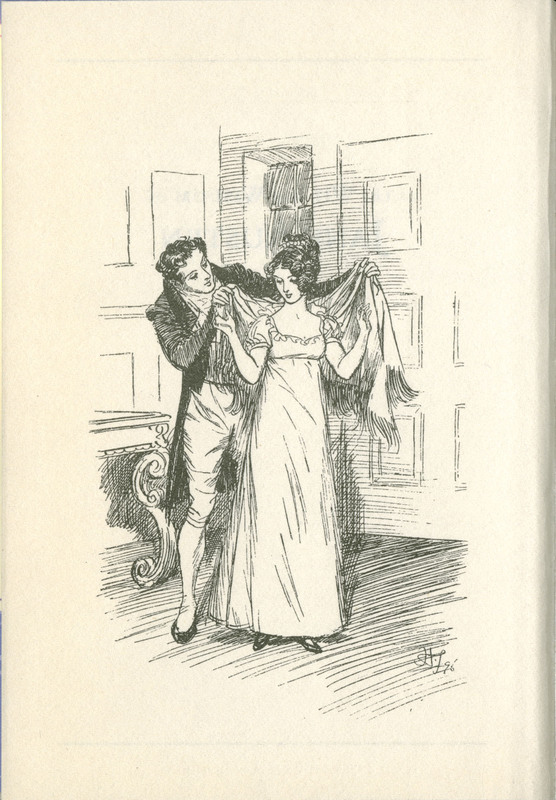 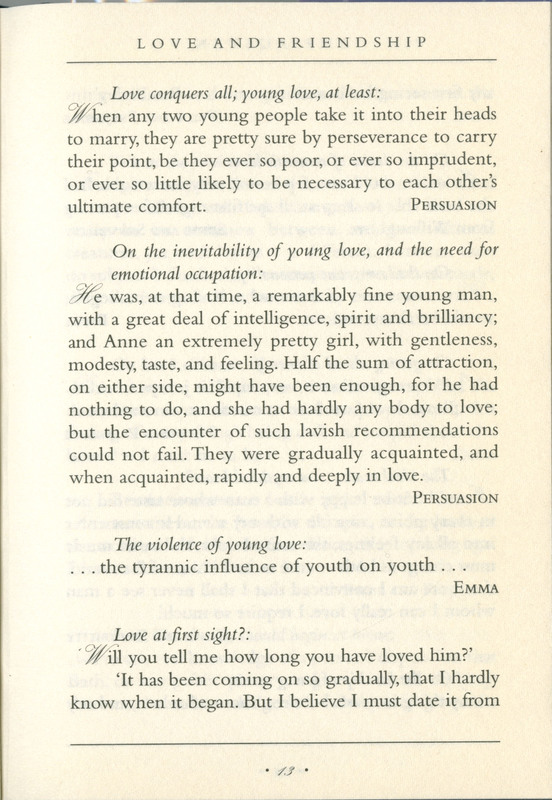 Austen’s formative years as an artist correlated perfectly with the growth of the literate population. There was a steep rise in the volume of publications, especially novels. This helped with her popularity at the time her books were published. For example, Sense and Sensibility (published in 1811) made back its printing costs quickly and went for a second edition in 1813. The book was translated into French and Danish in the nineteenth century. Her books were not necessarily best sellers at their time, but nowadays, Austen’s work permeates popular culture in a multitude of ways. Both her novels and Jane Austen herself have achieved a “cult status.”

When we think of books that have a wide-reaching, widely-translated impact on pop culture, the Harry Potter series comes to mind. Like Austen’s works in their day, Harry Potter has been translated into many languages and reprinted many times. John Granger’s Harry Potter’s Bookshelf: The Great Books Behind the Hogwarts Adventures is an analysis of the influence of famous works and authors on JK Rowling, including Shakespeare, Dickens, the Brontë sisters, and, of course, Jane Austen. According to the chapter “Pride and Prejudice With Wands,” JK Rowling has named Austen as the “author she admires most,” and says she has read Emma “at least twenty times,” frequently re-reading the other novels as well. With strong themes of overcoming pride, preconceived notions, and prejudice, Austen’s impact on Harry Potter can be seen clearly today. 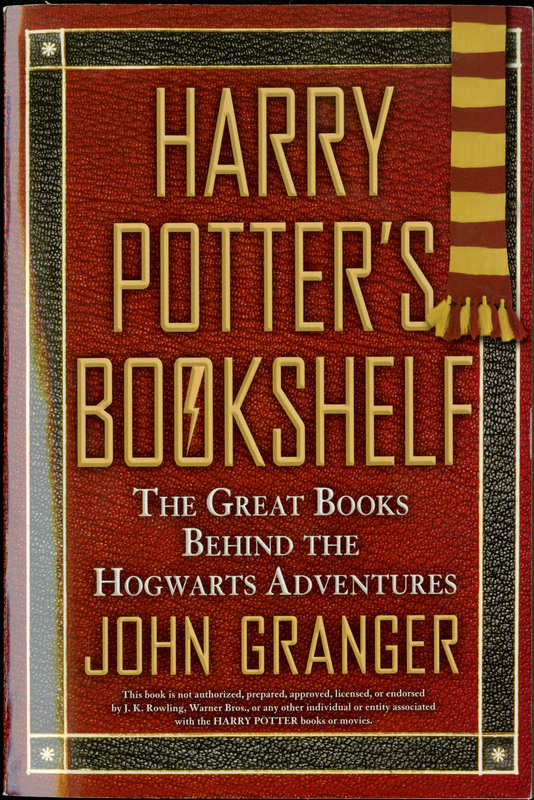 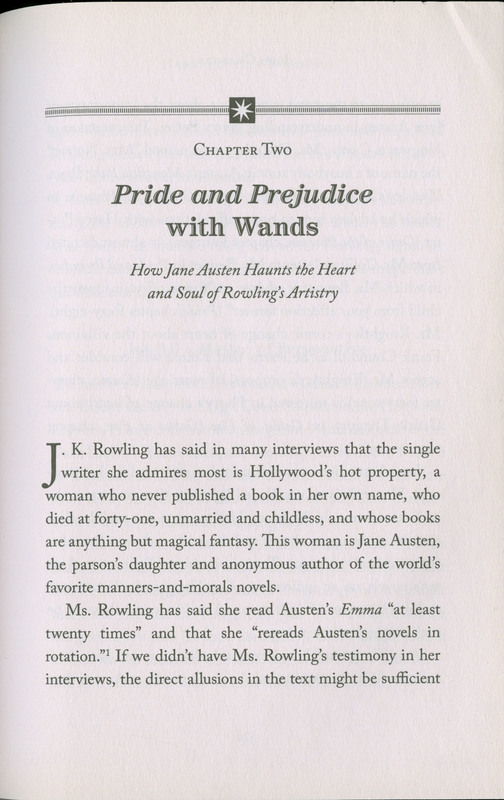