Tecumseh was a leader of the Shawnee and a large tribal confederacy which opposed the United States during Tecumseh's War and became an ally of Britain in the War of 1812. He was considered a natural and charismatic leader and participated in numerous conflicts on the frontier. Growing up during the American Revolutionary War and the Northwest Indian War, Tecumseh developed a vision of an independent Native American nation east of the Mississippi under British protection as colonists moved further west. He is known for Tecumseh’s War which led into the War of 1812, during which the Siege of Detroit and the Battle of Thames took place.

During the first decade of the nineteenth century, Tecumseh’s younger brother Tenskwatawa became known as “The Shawnee Prophet." The Prophet’s teachings attracted followers from other tribes and led to increased tensions between settlers and his followers. Tecumseh emerged as the primary leader of the confederacy of tribes who followed his brother's teachings. In 1810, a confrontation between Tecumseh and Indiana Territory governor William Henry Harrison regarding rescinding a treaty, led to an alliance with the British. In September 1811, while Tecumseh was traveling to recruit allies, Harrison and 1,000 men moved on Prophetstown and destroyed the town. The Battle of Tippecanoe was a setback, but Tecumseh continued building allies when he returned from the South. In 1812, allied with the British, Tecumseh’s confederacy lay siege to Detroit, this victory was reversed the following year. Tecumseh was killed in October 1813 during the Battle of Thames, near Moraviantown. The death of Tecumseh led to the disbanding of his confederation and further western movement of Native Americans.

Calloway, Colin G. The Shawnees and the War for America.  New York, Viking, 2007. 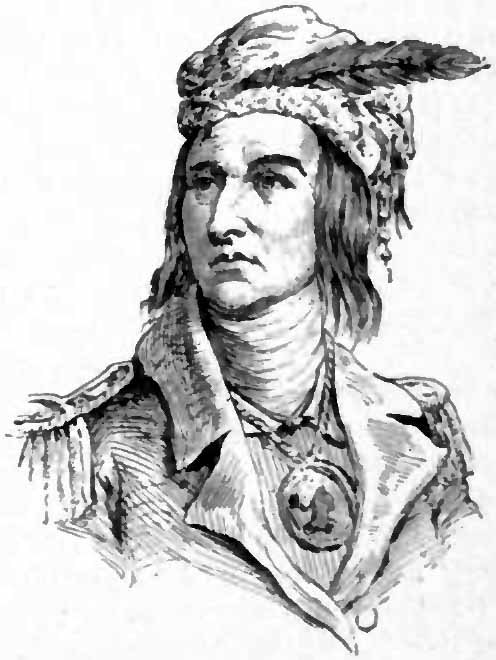