The University Library today contains over thirteen million volumes held throughout eight buildings. This collection is nearly as old as the University itself, beginning in 1838 with a purchase of 3,401 volumes. Professor Asa Gray purchased this early collection while on a trip to Europe, with a budget of $5,000.

At times, the Library has called upon University alumni to donate materials, with the goal of creating a large, well-rounded collection. In 1920, for example, University Librarian Bishop asked if each of the living alumni, nearly 50,000 in number at that time, would donate one book a year to the Library. If alumni donations were to increase, it would create a “mammoth library” at the University of Michigan.

In 1944, the Library took a more targeted approach to soliciting donations. Alumni in the armed forces were asked to donate their “diaries, letters, newspapers or propaganda leaflets” collected during the war, so the Library could “preserve here an authentic record of one of the most important periods in all history.” 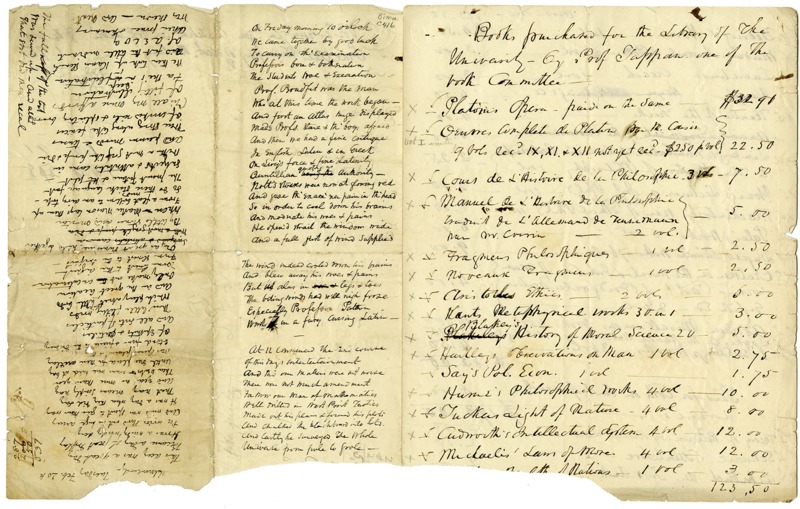 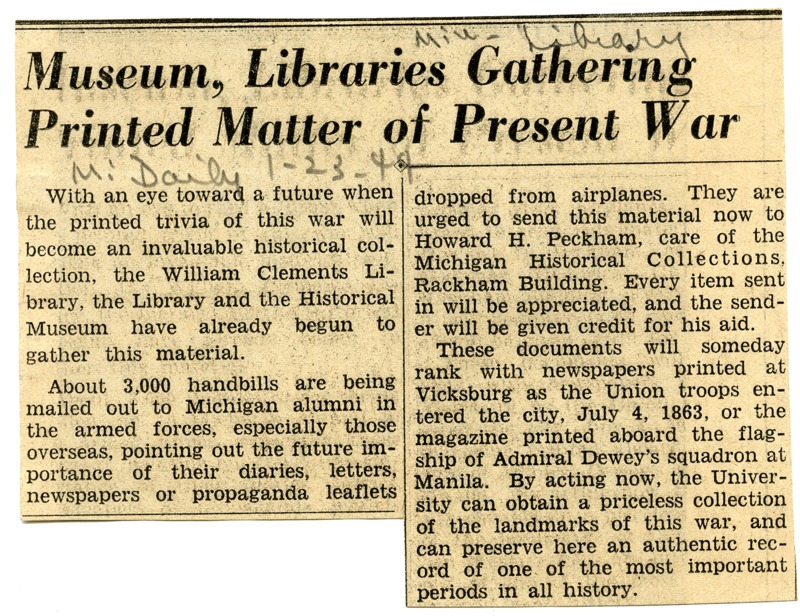