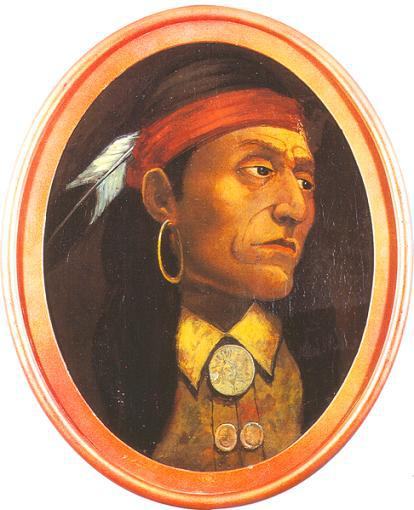 Pontiac was a Ottawa war chief who led one of many Native American struggles against British military occupation, in particular in the Great Lakes region. He was one of the prominent leaders in the conflict referred as Pontiac’s War. Pontiac became an Ottawa war leader in 1747 when he allied himself with New France against the Huron leader Nicholas Orontony. He was an ally of the French during the French and Indian War (1754-1763) against the British.  Dissatisfied with British policies after the French and Indian War, a loose confederacy of Native Americans was formed to push the British out of the continent.