This papyrus contains the first ten definitions from Euclid’s mathematical work Elements, written on the back of a letter (see photograph).  Euclid wrote this work around 300 B.C.E. in Alexandria.  Soon, it became a foundational treatise in the field of mathematics, particularly in geometry.

The rendering of Euclid’s ideas in this papyrus contains elements from the two traditions that became the primary models for later readings of his work. Discrepancies in this papyrus that scholars once dismissed as errors are now being considered more seriously for their potential to enhance our understanding of the development of the two principal understandings of the Elements. 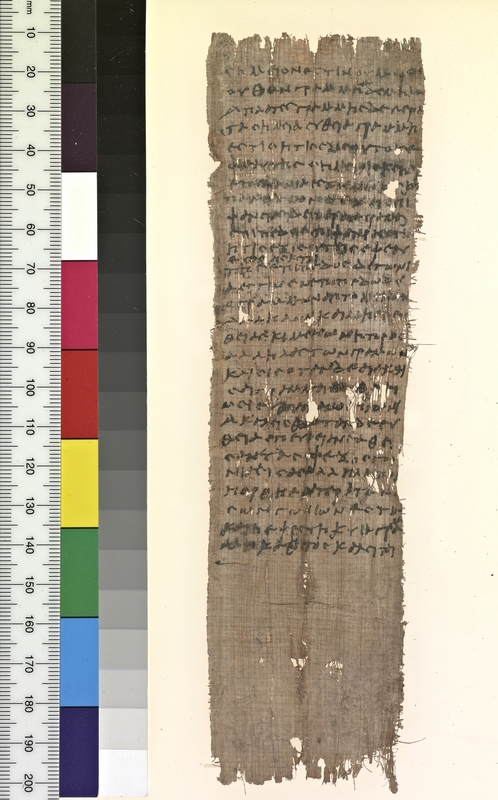