A Retrospective Look at Works Printed by Lynne Avadenka

A chronological look at the fine printing and book design work of Lynne Avadenka, 1987-2012.

Simple accordion book, distinctive because it is sewn into its cover and includes pop-up Hebrew letters that spell BEE-NAH (understanding) within the text. Although the Biblical text is Isaiah’s admonishment to the Hebrews that they must be taught like children (e.g., line by line, precept by precept), the artist interprets it to suggest that this is the very way understanding is gained.

For this version of a favorite children’s song from the Haggadah featuring a little goat, the artist used cover paper specially made from rag and goat hair. Supported by the Women’s Studio Workshop (Rosendale, New York), the New York State Council on the Arts, and the National Endowment for the Arts. 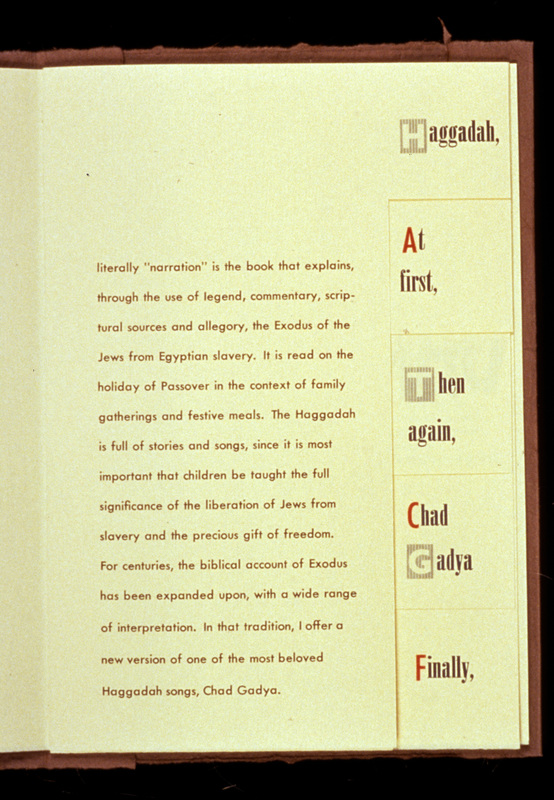 The text by Avadenka tells the story of M.E.J. Colter, the woman who designed many of the buildings surrounding the Grand Canyon. The book’s structure and materials echo Colter's Native American-inspired designs and the adobe buildings of the American Southwest. The specially made shaped paper consists of cotton rag, earth from New Mexico, and cooked straw. 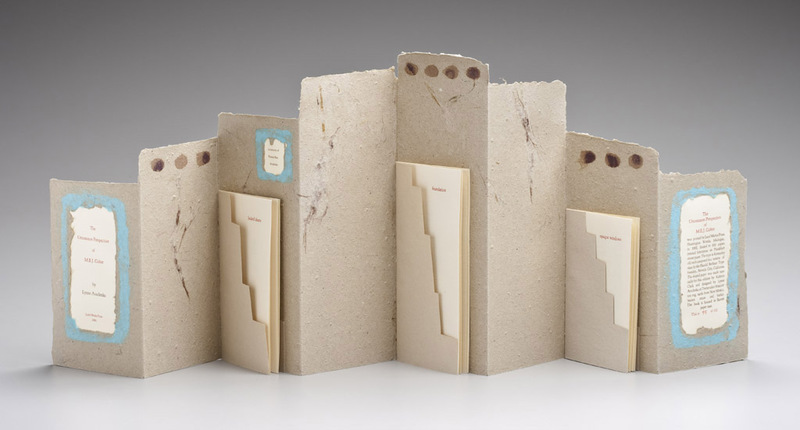 Lynne Avadenka.  Without Knowledge There Is No Understanding.  No. 23 of 30 copies.

An English translation from the Mishnah of Pirkei Avot with the Hebrew words for “understanding” and “wisdom” interpreted in brush strokes. 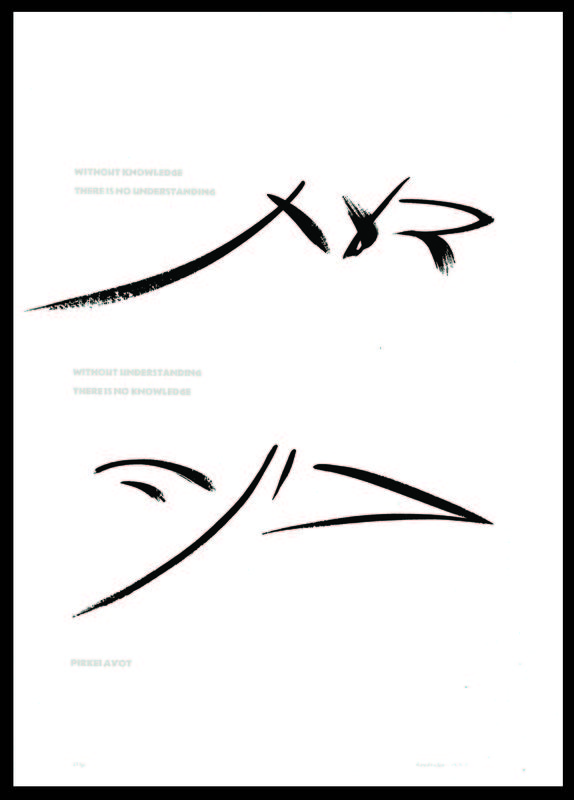 After studying the word “compassion” and its components in English and Hebrew, the artist created a shadow-box construction to represent three of the words found in it: Womb, Water, and Sea. 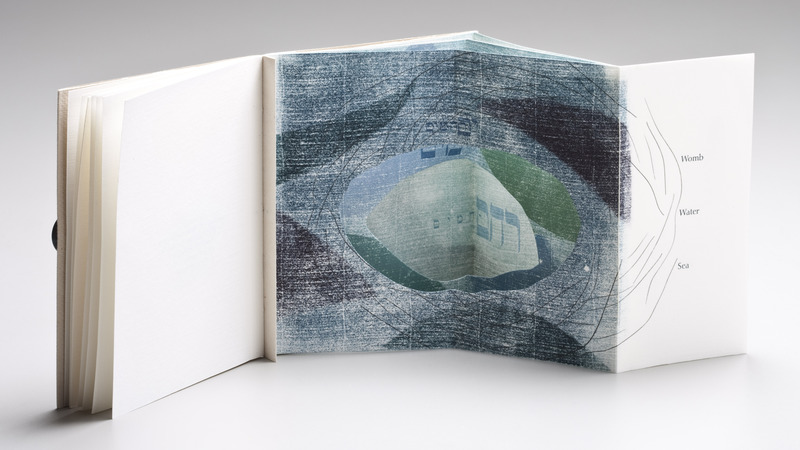 A mizrach is an ornament traditionally placed on the eastern wall of a Jewish home to denote the direction of Jerusalem. This mizrach includes a portion of a poem by medieval poet Yehuda Halevi: "My heart is in the East, and I am at the edge of the West." 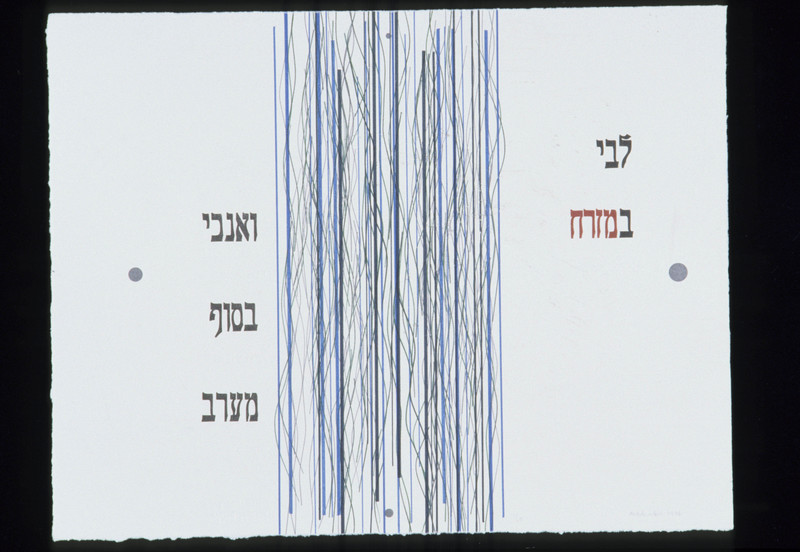 Lynne Avadenka.  Boundaries of the Universe: Twenty-Two Letters.  No. 3 of 10 copies.

In the essay that precedes the prints, the artist points out that the letters of the Hebrew alphabet began as picture symbols and have rich associations with Kabbalistic thought. Each page (one for each letter of the Hebrew alphabet) includes an intaglio print, a poem by Avadenka, and textual connections to antiquity. 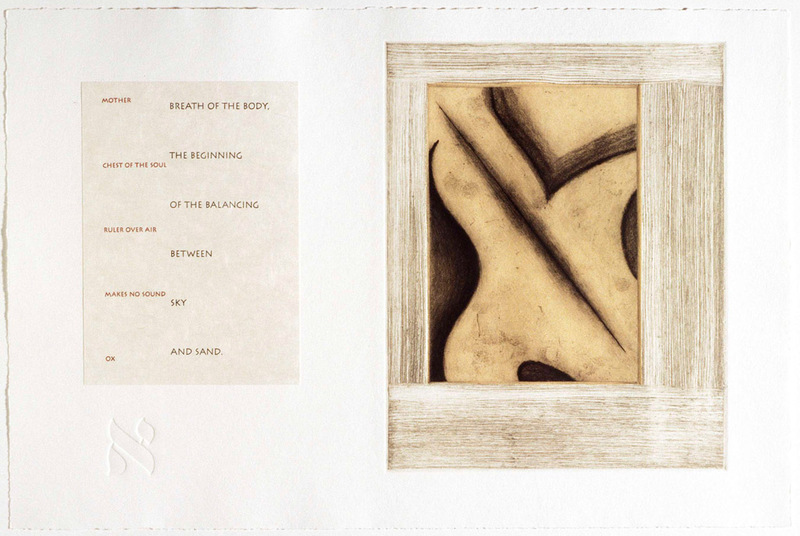 Breathing Mud was inspired by a trip to Prague, the site of the legend.  The Golem was a man formed from mud who would, by magic, come to the rescue of Jews in trouble. The book's mud-like covers echo the text, while the center image shows the ten mystical realms of Kabbalistic thought that are said to animate the Golem. 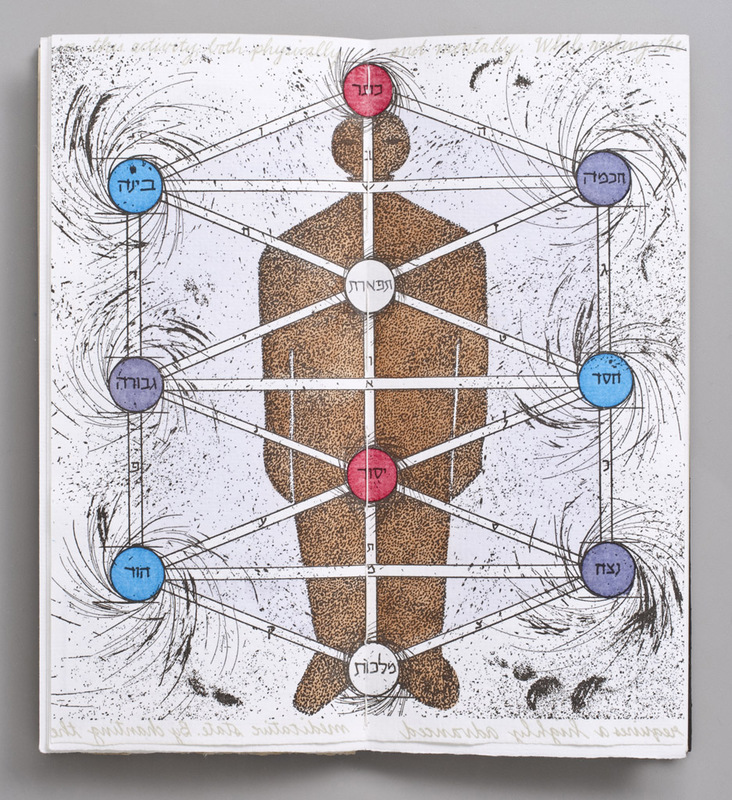 Breathing Mud: The Legend of the Golem. [continued]

The spell for creating a Golem runs along the top of the pages and the spell that negates the its power is printed in reverse below. 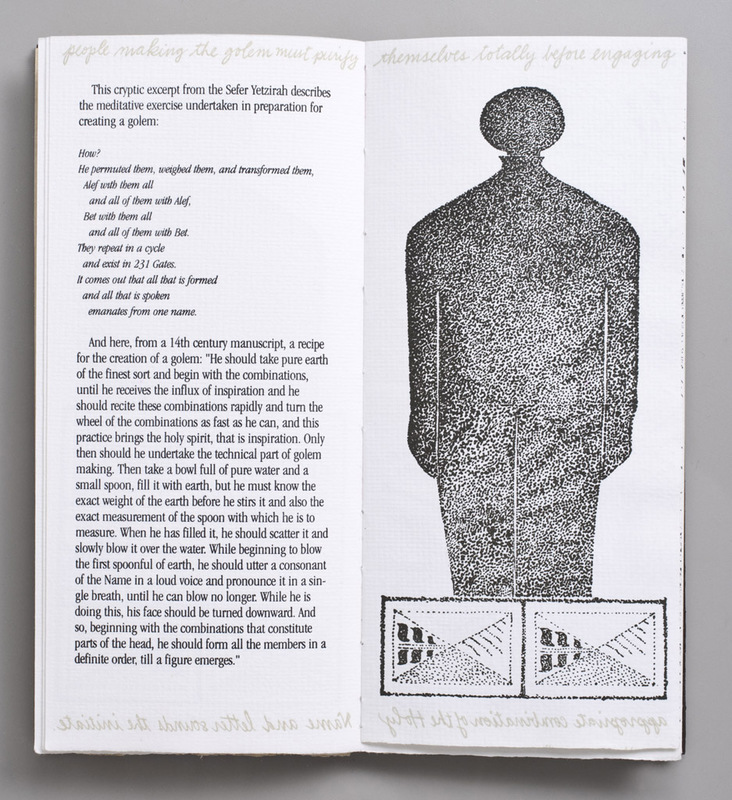 The simple message of this broadside echoes the artist's own wisdom. 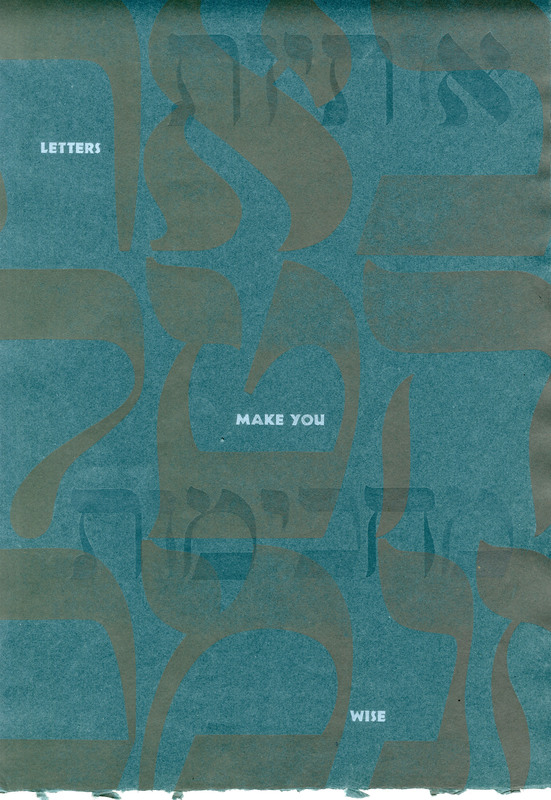 Lynne Avadenka, in collaboration with Mohamed Zakariya.  Root Words: An Alphabetic Exploration.  No. 7 of 30 copies.

This structurally complex book interprets intertwined words in the Hebrew and Arabic languages on several levels. Seven related words are calligraphed by the two artists as the centerpiece of the work, mounted against a background of explanatory text on one side, and interpretative works of free-form calligraphy on the other, both by Avadenka. Avadenka suggests that similarities in the Arabic and Hebrew languages—both are based on a three-letter root word system—might make language the root of the problem between the two cultures as well as a possible solution. 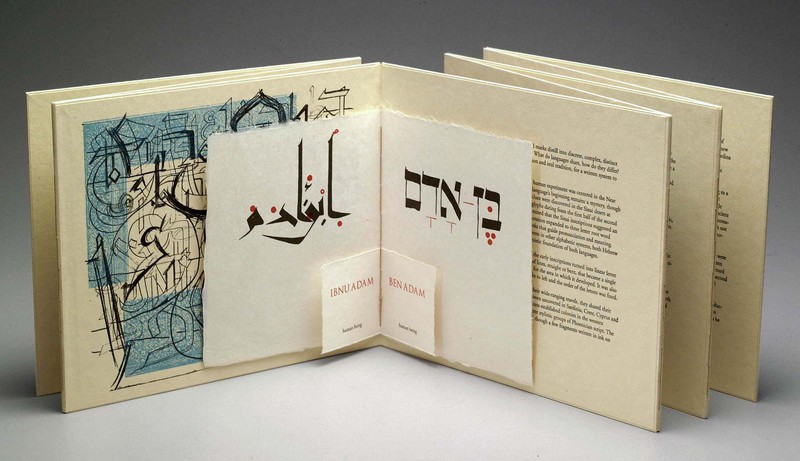 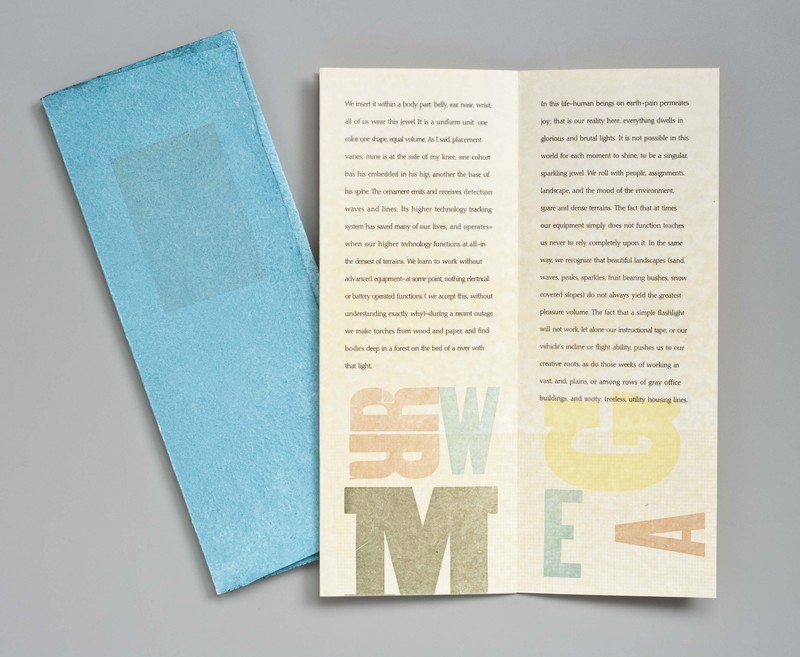 Lynne Avadenka.  Of the Making of Many Books There is No End.

Text from Ecclesiastes 12:12.  A broadside printed in celebration of the 30th anniversary of The Center for Book Arts, New York. 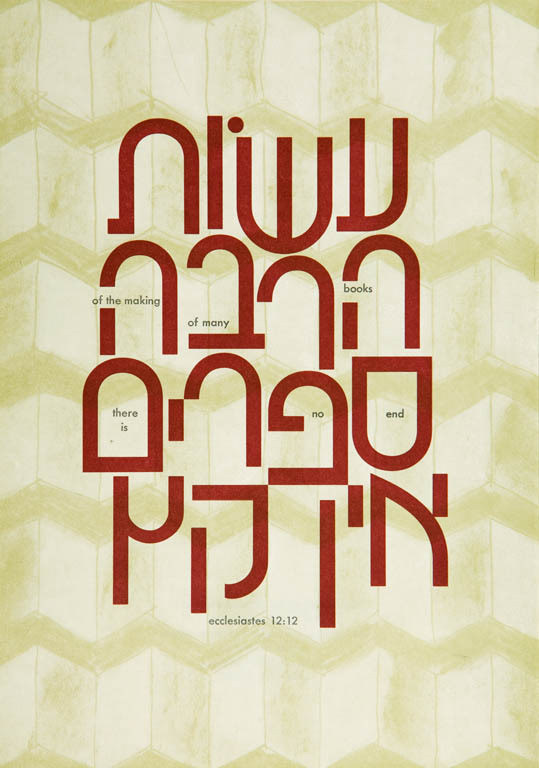 This text is a reimagining of two stories, Queen Esther from the Bible and Scheherazade from “A Thousand and One Nights.” Both are about women who saved their lives by spinning out stories for their royal husbands. In the accordion-fold book the artist’s imagery evokes Persian architecture and design, while the text is woven through the imagery. Avadenka was invited to create a site-specific installation of art on this same theme at Brandeis University in 2008. This edition was created with the support of the Hadassah Brandeis Institute and the Foundation for Jewish Culture.

Six poems, translated by Stephen Mitchell.  After surviving the Holocaust Dan Pagis became a professor of Hebrew Literature in Israel, writing poetry that helped to shape the modern Hebrew language. Each of the six poems here is given its own triptych with a lithograph by Avadenka in the center flanked by the text in English and Hebrew. The hand-colored lithographs are based on collages created from linear elements (denoting railroad lines) extracted from a 1910 Baedeker guide to southern Germany. 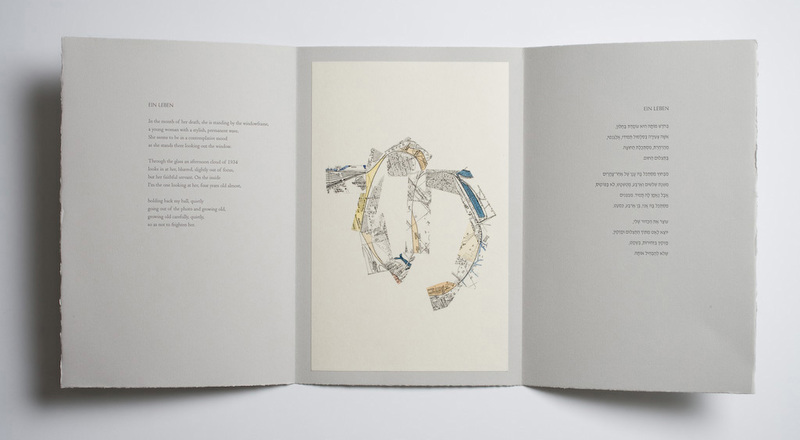 The complete text of the book of Lamentations is presented on facing pages in Hebrew and English. The powerful images are printed from carved wood shapes of houses lost, representing homes and families that were torn apart. The wide pages are meant to suggest an unrolled scroll, the form of the original Hebrew book.

A hymn of praise to those involved in printing books.  It is excerpted from David Gans’s 1592 book, Tzemach David, the first history of the world from a Jewish perspective. Printed at the Book Arts Workshop of Dartmouth College. 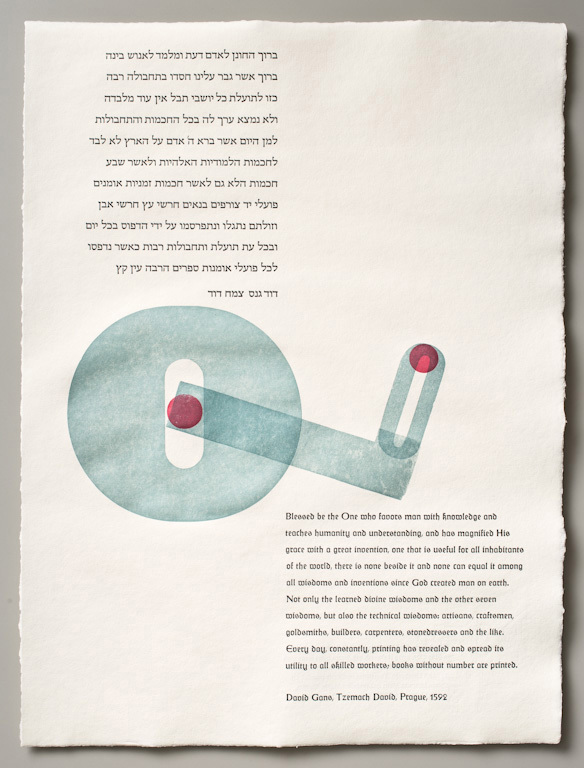 Avadenka responds in words and paintings to the poem of an anonymous Jewish woman who wrote in Muslim and Christian Spain sometime between 950 and 1492. The book opens with the original Hebrew text then spreads its English translation in large type across the pages with Avadenka’s response to the poem in smaller type, accompanied by lithographically reproduced brush paintings. 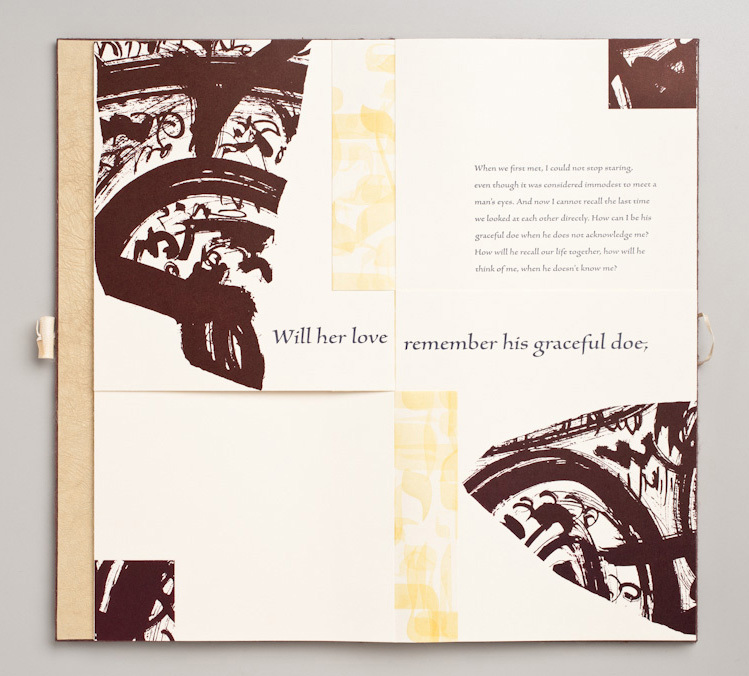 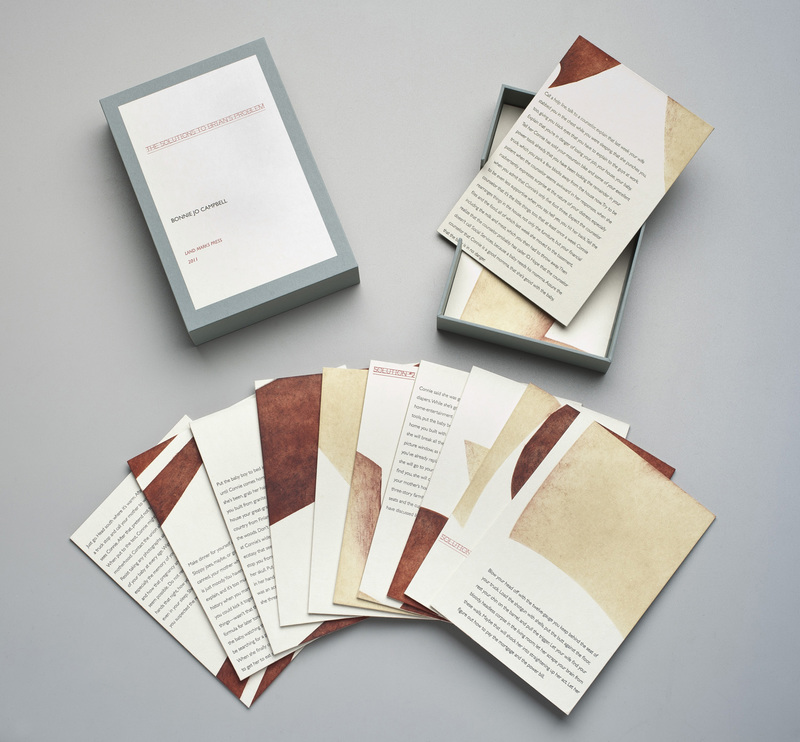 The puzzle pieces of text and image are mounted on Michigan maple veneer and must be put together correctly to read the story. 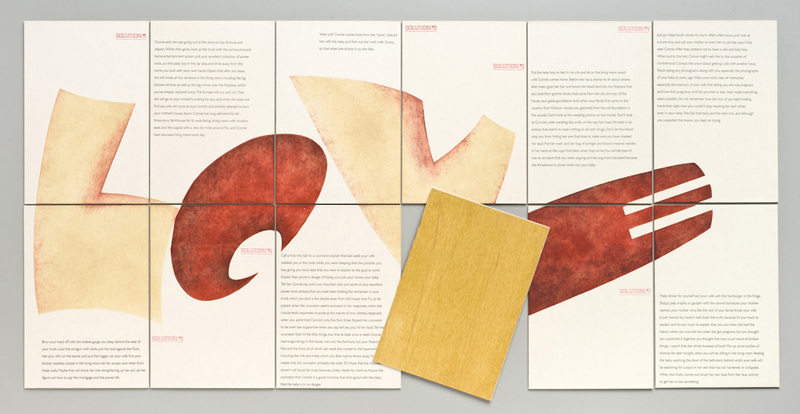 This is part of the Al-Mutanabbi Street Coalition project, a memorial to a street of booksellers bombed in 2007 in Iraq.

Lynne Avadenka.  One by One.  [continued]

The artist was inspired by Wilfred Owen’s poem written in 1916 during World War I, “The Parable of the Old Man and the Young.” 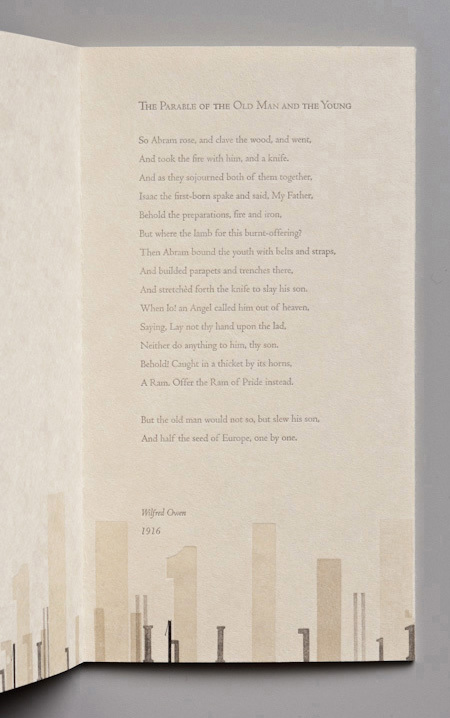 A suite of prints based on original collages made while Avadenka was a Fellow of the American Academy in Jerusalem. The collages are composed of Jewish and secular calendars, maps of Jerusalem, and newspapers, each one including elements from a single calendar page, as well as parts of Hebrew and Arabic letters cut out, cut apart, and then used to imagine a lively and inventive alphabet. 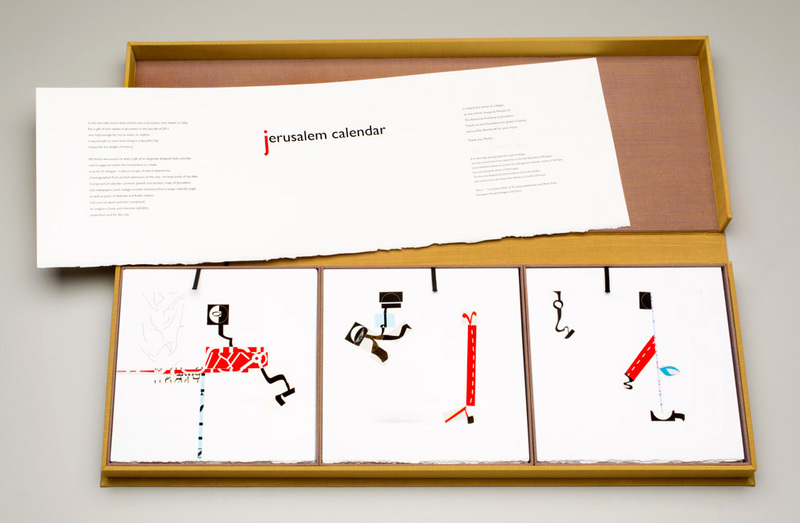