Anyone who survived the disease had lifelong immunity from subsequent smallpox outbreaks. Many victims were infants or young children who were unprotected during their first exposure to smallpox. Long term complications included pitted skin and scarring particularly of the face and blindness. Depending on the severity of the disease, other complications could include encephalitis, toxemia, and extensive internal bleeding. Some forms of smallpox (e.g., malignant and hemorrhagic smallpox) were nearly always fatal.

With a fatality rate of 30%, smallpox has killed millions of people over the last 3,000 years and abruptly altered history. Ramses V of Egypt (1145 BCE) was a notable early victim. Elsewhere, European royal dynastic succession was affected by heirs surviving (or not) the disease. Edward VI, son of the English king Henry VIII, died from complications of smallpox; the monarchy ultimately passed to his half-sister, Elizabeth I.  Native Amerindian and Australian aboriginal populations suffered devasting losses in the sixteenth, seventeenth, and eighteenth centuries. In Europe, smallpox was the leading cause of death in the eighteenth century. As author Jonathan Tucker notes, “smallpox was a democratic scourge, afflicting people of every race, class, and social position."  (Tucker 12)

There is no cure. 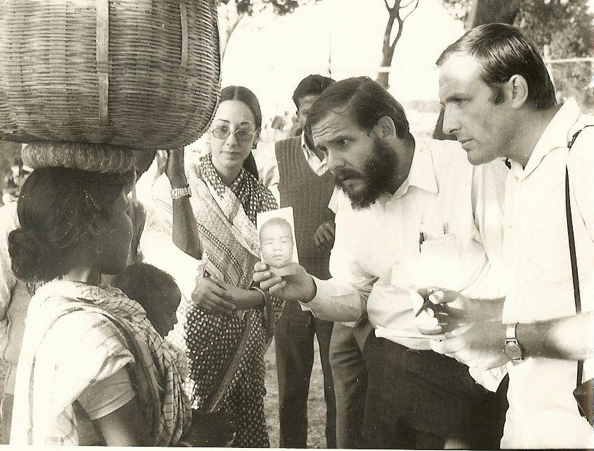 Dr. Larry Brilliant shows a picture of a child with smallpox to a villager in India. (1973)