The WHO Eradication Program

Because the sociological, political, economic, and health effects of smallpox were devastating, the idea of a global campaign to eradicate smallpox began to circulate among various national and international organizations and communities. The logical entity to take up this challenge was the World Health Organization (WHO), founded in 1948 as one of the specialized agencies of the United Nations.  In the early 1950s, the initiative was considered too ambitious and too costly.  However, support for global eradication was increasing.

In 1958, the Eleventh World Health Assembly accepted a resolution to determine the costs of such a program.  A report was issued the following year which estimated the cost of a global smallpox eradication program to be $0.10 per person or $97,742.900.  (Fenner 369)  Despite the huge discrepancy between the projected costs and WHO's budget, a unanimous decision was made by the Twelth World Health Assembly to move ahead with the project.

By 1966, although 24 countries were already free from smallpox, thanks to their own mass vaccination campaigns, the disease was still endemic in several regions of the developing world including Africa, the Indian subcontinent, Southwest Asia, Indonesia, and Brazil.   The total number of smallpox cases was estimated at 10 million to 15 million annually, with 2 million deaths.  (Tucker 62) That year the Nineteenth World Health Assembly adopted a resolution proposing intensification of the programme to eradicate smallpox, with the hope that the disease would be eliminated from the world within ten years. The smallpox resolution passed by two votes at the World Health Assembly, the closest margin in the history of the WHO.  (Tucker 58)

With this new intensive effort, WHO epidemiological teams employed a combined strategy of mass vaccination campaigns (begun in 1958) with active searches and containment procedures, i.e., quarantine (begun in 1967). The teams were sent to endemic areas in Africa and the Indian Subcontinent. Their effectiveness can be seen on the map which shows the shrinking boundaries of smallpox outbreaks. 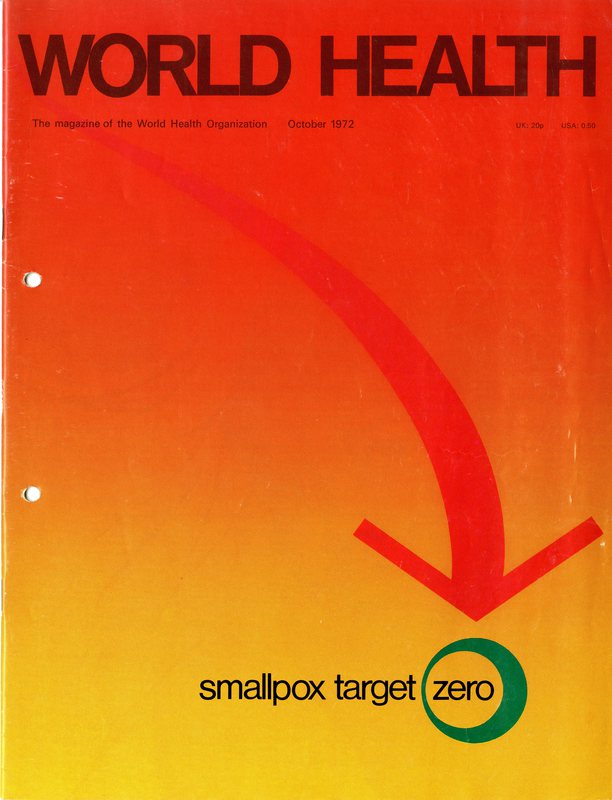 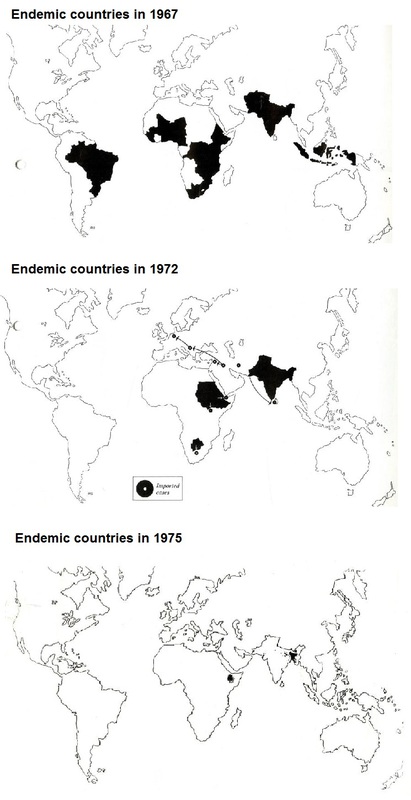 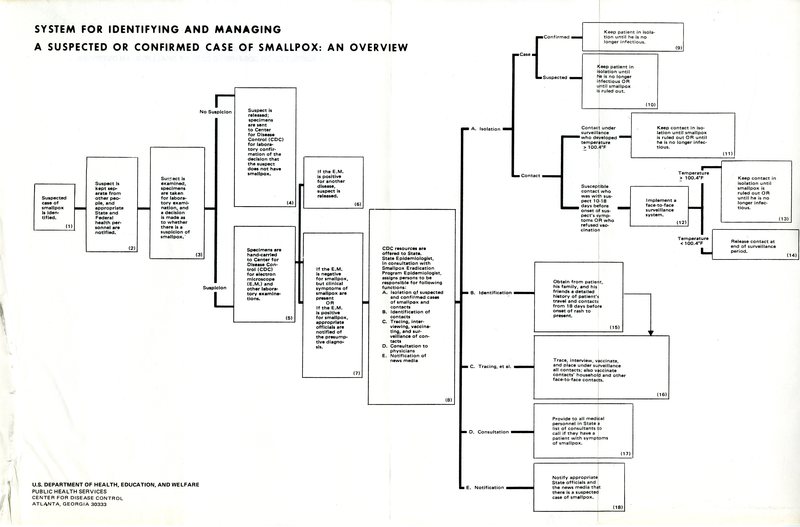 Ideally, this is how an outbreak of smallpox should be handled. (n.d.)