Chief Joseph was a Nez Perce leader who led his tribe called the Wallowa band of Nez Perce through a treacherous time in United States history. These indigenous people were natives to the Wallowa Valley in Oregon. Chief Joseph was a powerful advocate for his people’s rights to remain on their homeland. In 1877 the Nez Perce tribe was forcibly removed from their native land by the United States government.  The Nez Perce were given 30 day notice to leave their homeland. At first the Nez Perce people resisted removal, and this resulted in a series of violent events. They were ordered to relocate to a reservation in Lapwai, Idaho which resulted into the Nez Perce War.

In the Nez Perce War Chief Joseph led a couple hundred of warriors, and many women and children eluding United States troops over a 1,300 mile stretch.  In a 3 month period the Nez Perce battled their way across the state of Oregon, and all the way to Montana. The tribe first attempted to settle with the Crow in Montana, but the Crow natives refused to help them. Chief Joseph and his people then headed North in hopes of taking refuge with the Lakota tribe that was led by Sitting Bull. The Nez Perce were skillful warriors in the battlefield which earned them great respect and admiration among the opposing cavalry, and the general public. In the fall of 1877 after a long and brutal battle Chief Joseph and his band surrendered in Montana only 40 miles away from the Canadian border which would have led them to freedom. However along the way many of the Nez Perce had either froze to death, starved, or died of disease including five of Chief Joseph’s children.

After the war Chief Joseph was never allowed to return home. In 1885 the Nez Perce and their fearless chief were escorted to Washington so they could settle on the Colville Indian Reservation far away from their original homeland and people in Idaho. In Chief Joseph’s final years he spoke about the cruelty that his people endured from the United States government. His hope was that one day there would be equality for everyone including Native Americans. Chief Joseph died of natural causes in 1904, and is buried in Nespelem, Washington. 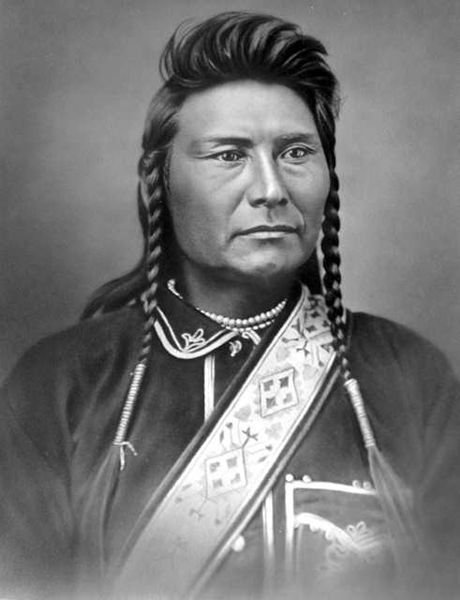