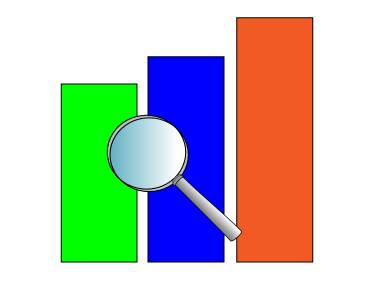 In our Library, it seems like much of the conversation about data, assessment, and analytics looks outward - assessing user services and instruction activities. However, it is also important to look inward at the experiences of our library community of faculty and staff. The Library Human Resources (LHR) team’s assessments can focus on quantitative data, qualitative data, or take a hybrid approach. Their research might deploy surveys, interviews, and/or some general number-crunching! In any case, these assessment efforts inform many internal library programs you see today.

Employee Relations: Getting Faculty and Staff off to a Better Start with Their Feedback

The programs we manage impact a lot of people, and one of the most commonly-experienced process is the Library’s quarterly New Employee Orientation. It is important that the program work well so Library faculty and staff can get off to a great start and engage with the greater community. But how do we know if it is working well? To find out, I spoke with Employee Relations Lead Ataul Usman, who managed the program through 2018, to learn how the program evolved. As the lead organizer and facilitator of each orientation session, Usman said he gathered participant feedback in two ways.

First, Usman collected feedback through conversations. At the beginning of each session, Usman asked participants what they wanted to get from their orientation. Then a the end of each session, Usman asked the participants if the session met their expectations and kept notes on their feedback. If an item of feedback came up a few times, Usman would work towards implementing it.  Second, the HR team sent surveys to session participants. The survey was organized by section of the orientation program. It asked participants to rate each section on its effectiveness in teaching on a given aspect of the Library, as well as provide additional comments.

In analysing the survey results, Usman continued to look for frequent comments or patterns of low ratings to identify where to make improvements. Improvements over the years have included the opening reception as well as changes to the base agenda topics. This frequent and timely feedback-gathering approach enabled the HR team to make program improvements with agility!

Imagine coming into a small sum of money. How do you decide where to spend the it? The Library faced this question in its 2017 and 2018 Salary Retention Programs. In looking back on these programs, I interviewed Compensation Lead Rich Schrader on their key data elements.

According to Schrader, the first thing the Library had to do was assess its need. One metric that could help gauge this need was faculty and staff departure data, or turnover data. In order to get a significant sample size and identify any substantial patterns, Schrader and intern Doug Ensminger looked over the past ten years of departures. To see if any specific positions had left the Library in disproportionate numbers, Schrader and Ensminger analyzed data along the lines of librarian and staff, of heavily populated staff positions such as Information Resources and Information Technology, and of individual contributor and supervisor lines. Their assessment did not show any classifications leaving at disproportionately greater rates.

This is where the second metric for need came in - distance from the external market. Schrader and Ensminger gathered regional market survey data for staff positions, Association of Research Libraries (ARL) market data for librarians, and American Association of University Professors (AAUP) data for University Press-related roles. They then compared librarian and staff salaries to market surveys, factoring in the number of people in each position, and ran scenarios for the number of people that were 5%, 10%, or more away from the salary market median. After reviewing this population and market data, the project team determined that the greatest areas of need were high-level Info Resource staff and supervisors, IT positions, some librarian positions for 2017, and librarians and entry-level Info Resource staff positions for 2018.

However, even through quantitative data can seem unambiguous, there can be different ways to interpret it, and we can be at risk of our own internal biases impacting our conclusions. The university’s Compensation and Classification office proved an invaluable resource in this way. Not only did they obtain broader university and industry salary and turnover data to which we could compare our figures, but they also acted as an outside neutral party to review the team’s recommendations. Once Schrader developed the initial salary program, he reviewed it with the Compensation team to ensure it lined up with university practices and that it did not disproportionately impact any demographics relative to the Library population. This outside expert review enabled the Library to confidently move forward with the program for two consecutive years!

The recruitment process is complex with many people involved. When the HR team began assessing its recruitment practices in 2017, it realized it needed multiple perspectives from both outside and inside the Library to see what good practices were out there and what we needed. To get more insight into how the HR team brought these perspectives together, I interviewed  Recruitment Lead D’Shaundra Payne (née Wolfe) who managed the project.

According to Payne, to get a full assessment of recruitment we needed perspectives from three levels: - outside the university, outside the Library, and inside the Library. To get the outside perspectives, Payne identified HR managers, directors, and recruiters at each Big Ten Academic Alliance member’s libraries as well as with the independent libraries on the Ann Arbor campus, and then reached out to them to request interviews. For each point of contact, she interviewed them on recruiting successes, opportunities, and what recruiting ideally looks like.

Payne took a similar approach in gathering internal feedback. She conveyed a focus group consisting of hiring managers and supervisors from each of the Library divisions, since each division tended to have different hiring needs and patterns. More recently, Payne interviewed each HR team member on their recruiting practices and identified potential inconsistencies as well as best practices.

The HR team is currently reviewing and consolidating these practices in light of the internal feedback and external benchmarking to produce more consistent recruitment experiences for everyone involved. Once we communicate these revised practices, we will assess future searches against those practices.

In 2016 and 2017 the Diversity, Equity, Inclusion, and Accessibility team launched a climate survey for the Library’s student employee community about their experiences. That survey led to the Student Engagement Task Force which looked into how the Library can better support student staff. How could the task force engage such a broad question? To learn how, I spoke with Student Employment Lead Niemah Verdun on her experiences with the task force.

Verdun researched other university departments with large student populations on their engagement efforts. Before she made contact, Verdun developed a standard list of questions around topics like what each department was doing, any changes they recently made, and what they thought were best practices. She then interviewed a supervisor in each department using these questions and captured the supervisors’ recommendations.

When it was time to review the results, rather than aggregating all of the data Verdun accounted for the size of the department. For instance, Student Life was far greater than the Library in terms of student staff size, whereas the Center for Campus Involvement, while still high, was relatively smaller. However, after Verdun accounted for size differences, she still found that there were some consistent practices across departments. These practices included end-of-term student appreciation events, more consistent student onboarding plans, and supervisor training.

Verdun shared these findings with the task force, who compiled their findings and recently presented their recommendations, including for the Library to create a standing student engagement committee to implement, socialize, and further assess their solutions.

The internal research work in Human Resources may not be as visible as the Library’s more public-facing efforts, but this work significantly contributes to the mission of the Library. The research can take a variety of forms, and the researchers may be running statistics behind the scenes, conducting focus group interviews, or reaching out beyond our walls to other departments and institutions. No matter the form, these projects ensure the programs we live with have a basis in reality and they meet the needs of our community - our students, staff, and faculty!