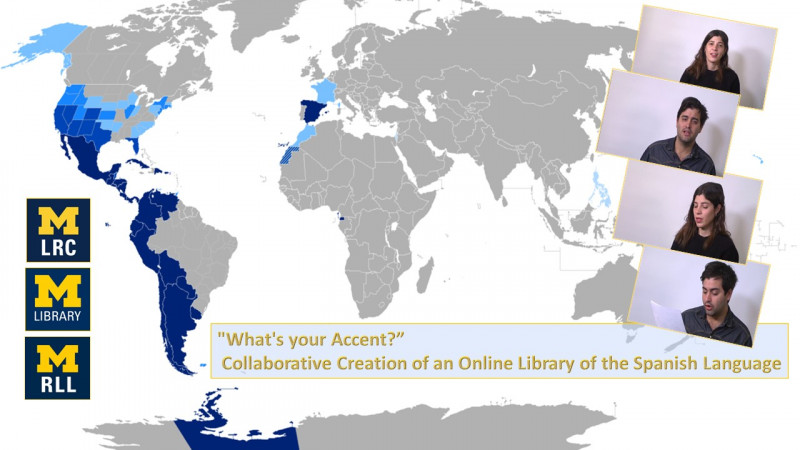 My project, titled “‘What’s Your Accent?’ Collaborative Creation of an Online Library of the Spanish Language,” consists of the development of an online library of the Spanish language that can be used as a resource for students, and for professors and lecturers who teach both Spanish and Linguistics. The project is an effort to bring together a representative sample of the Spanish speakers in the university and Ann Arbor area, as well as the work of different units of the University of Michigan campus, such as the Language Resource Center or the UM Library.

The genesis of the project is in my experience as a graduate student instructor in the Romance Languages and Literatures Department. Students have usually asked me about where to find online resources to listen, practice, and discover the variations of Spanish. Although they usually have access to materials provided by their textbooks, most of the time audio clips show a limited variety of the Spanish dialects, favoring the most popular (Castilian, the Spanish spoken in urban areas of Mexico, Colombia or Argentina…) over other less-known dialects. Additionally, the search of other dialects usually involves navigating through different websites and, as a consequence, students lose their interest very quickly because they find such a search vague and time consuming.

Online language libraries are numerous, and though my project is inspired by sites like the University of Iowa’s “Dialectoteca del español,” Kansas University’s “Acceso” or the Ohio State University’s “Voices of the Hispanic World,” one of the main reasons of the project was to bring something new to “another” online language library. In this sense, the library aims to add two novelties that are mostly overlooked in other sites: firstly, the inclusion of information on morphosyntax and sociolinguistics,  habitual phonetic/phonological information, more emphasis on spontaneous speech, and the possibility of creating podcasts. Secondly, to show the diversity, in terms of race and ethnicity, of Spanish speakers, especially those pertaining to the U.S. Latinx community.

Considering the ambitious scope of the project, the work during the 2019-20 academic year has been limited to the phonetic/phonological aspect, and to four aspects only. Firstly, to think about the final design of the library in order to create not just another online library, but a bigger database that can be used for pedagogical and scholarly purposes. A consequence of this design of the library has been to realize the issues related to accessibility (for example, how to make the library accessible to people who are blind), as well as the importance of technical issues that help avoid the obsolescence of the library within a few years––i.e. the best type of platform to be used. The role of the U-M Library Mini Grant mentor (Barbara Álvarez) has been crucial and very insightful with regard to this point since I had not initially thought about such issues.

Secondly, the work during this academic year has been focused on the search of a student who can assist with such design. With the agreement of the Language Resource Center, it has been decided that the U-M Library Mini Grant be used to hire such a student, who comes from the School of Information. Thirdly, during this academic year, the Romance Languages & Literatures Department Professor Teresa Satterfield has provided continuous and valuable feedback and advice about linguistic and pedagogical issues in order to refine the goal of the library of being a useful tool not only for professors who teach the Spanish language, but also for those Linguistics scholars (whether focused on the Spanish language or not) who might want to use Spanish as his/her object of study. 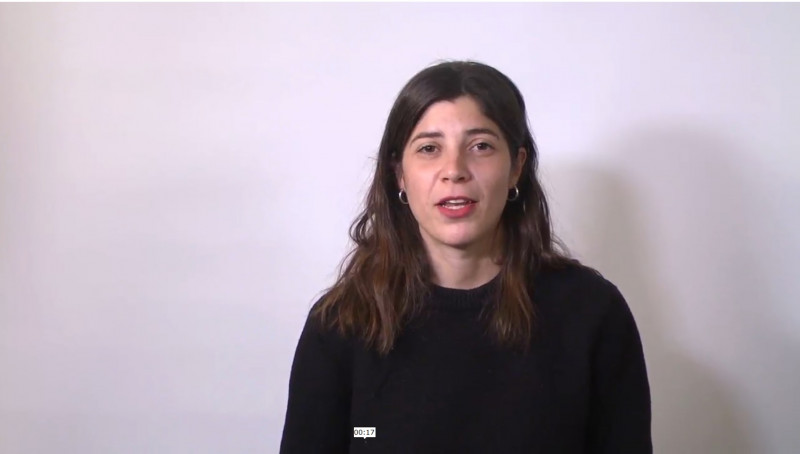 The last aspect that has been worked on during this academic year is acquiring samples with the assistance of the staff of the Languages Resource Center. Those samples have consisted of the recording of two Spanish speakers whose stay in the United States was less than one year in order to avoid any possible interference between Spanish and English. The recordings were composed of a short story reading in which a phoneme was predominant, the reading of a twisted tongue (also in which a phoneme was predominant), and a spontaneous, brief introduction of themselves. 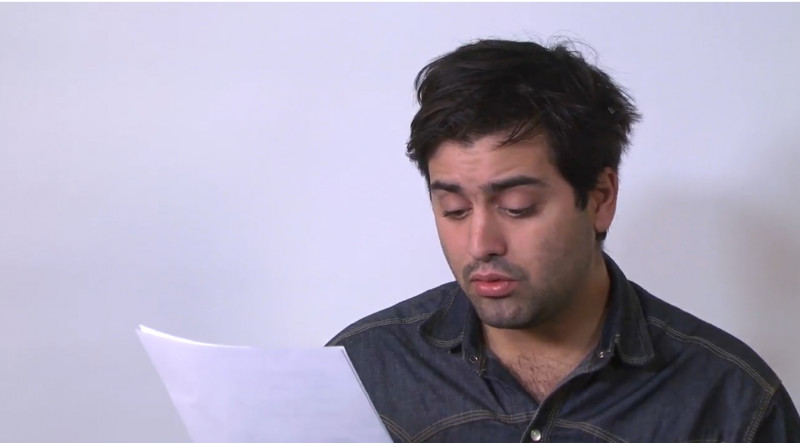 The selection of the material that had to be read, as well as the characteristics of the speaker that were required for the recordings, had previously been consulted with Professor Satterfield, serving to refine the characteristics of both the prospective speakers and the content to be used in the future. In addition to her assistance with the type of speaker that was required for the recordings, Professor Satterfield also provided valuable feedback once those recordings were done, specifically with regard to the speed of the speakers’ speech, as well as fluency, tone and intention. These recordings produced a phonetic and written transcription of the readings; both of them initially planned to be disposed in the library with the clip of the speaker speaking, and thus seeing everything (the clip, the phonetic transcription and the text) at once. Upon watching the speakers, the Language Resource Center thought to add a fourth example to be recorded: spontaneous conversation between two different speakers from different dialects, again, with the corresponding phonetic/phonological transcriptions and texts.

The next steps of the project will be focused on recording more people, organizing the data collected, and designing the library. Having worked on the type of texts that need to be used, on the technical issues that the library might require, and on how to make the library innovative and different from other similar online libraries, the subsequent work is expected to be more mechanical. In that sense, the U-M Library Mini Grant has been very useful because it allows me to hire through the Language Resource Center a student from the School of Information with knowledge in programming, and therefore it will not be needed to start to conceive the design and the technical issues in order to explain them to that student. In other words, the work developed during this academic year will save time for the next steps of the project, using that time and energy for questions related to recordings, the obtaining of phonetic transcriptions, and the search of new speakers.

The U-M Library Mini Grant has served me to tackle the early steps of this project. Not only has the money served to find a student with knowledge of programming, but also the grant has motivated me to meet established deadlines has been used to establish deadlines, and therefore to avoid that “What’s Your Accent?” be tackled in a vague way. In that sense, the Mini Grant has been very useful for working with diligence and continuous rhythm, and more importantly, I learned about issues to which I was ignorant, thanks to my U-M Library mentor Barbara Álvarez, the LRC Instructional Learning Lead Philomena Meechan, and the RLL Professor Teresa Satterfield, I learnt to be aware of. During this academic year, other people who have worked in this project are LRC Instructional Learning Senior Rob P. DeMilner, who assisted me in the recording of the speakers indicating which type of light was the best, or where the speakers should be positioned in order to obtain a professional look for the final cuts, and Spanish Ph.D. program students Bárbara Caballero and Matías Larramendi, who graciously accepted to be recorded. 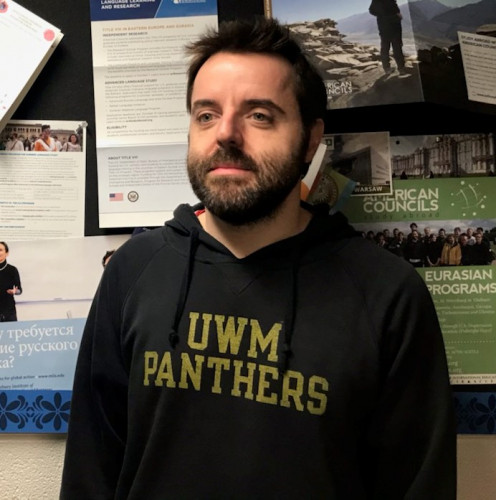 Mario Sanchez Gumiel is obtaining his Ph.D. in Romance Languages and Literature from the University of Michigan.