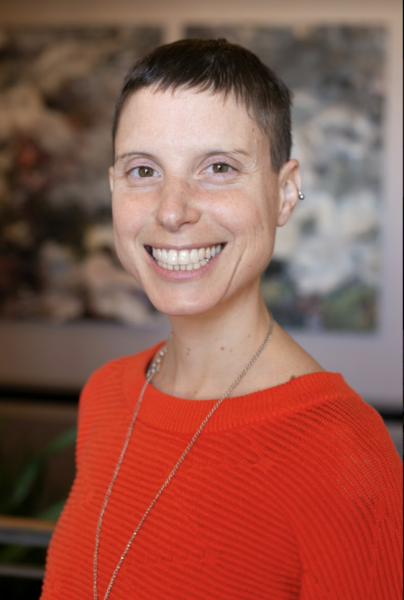 The magazine O Menelick 2Ato is an independent editorial initiative - with a journalistic bias – that aims to reflect on and enhance the cultural and artistic production of the black diaspora in the Americas, with special emphasis on Brazil.

O Menelick 2Ato , created in 2010 in the city of São Paulo, has more than 20 printed editions published, and it’s always distributed for free throughout Brazil. More than 40 thousand copies of the magazine have been distributed over the 10 years of the project's existence. In spite of bringing together collaborators from the most diverse areas of artistic and cultural production - both Brazilians and foreigners - who understand the magazine as a space to share their perspectives and foster their ideas, creativity and concerns regarding the 21st century Brazilian black community, the magazine is closely linked to the history of the black press in Brazil. This connection begins with its title: O Menelick 2Ato honors one of the most important periodicals in the Paulista press, the newspaper O Menelick (1915).

I got to know Nabor Jr and Luciane Ramos Silva, the two editors of the magazine, during a research trip in São Paulo in 2018. Besides their work as editors of the magazine, Luciane Ramos Silva is an anthropologist, choreographer and dancer and Nabor Jr works as a journalist and independent photographer, while also being a staff member of the Museum Afro Brazil, one of the most important museums on African diaspora in the Americas. We have  been working together on different projects since 2018, and in March 2019 Luciane Ramos Silva visited U-M to offer a series of workshops and talks on black press in Brazil. Aiming to build on this collaborative partnership, we started working on a special edition of their last issue in English. Until now, the magazine has been published only in Portuguese so having a first edition in English would help to reach new audiences as well as to bring awareness of different experiences of the black diaspora in the Americas.

Luciane’s visit in 2019 brought a lot of interest among the U-M academic community, so we thought about organizing a series of events for the Winter 2020 that would include the release of the new number in English and Portuguse, a series of talks and class visits, and a curated exhibit of the magazine’s covers. Thanks to the support of the Library Mini Grant and the generous co-sponsorship of various departments and centers across campus, we were able to materialize this project in February 2020. The digital and physical exhibit, on display at the Hatcher Library Gallery, consisted of 15 works of art that appeared throughout the 10 years of existence of O Menelick 2Ato. The #21 issue of the magazine (Portuguese edition) and the special English edition were released in the event that also opened the exhibit. The event had a great attendance, including U-M librarians, faculty and students, but also members of the Ann Arbor and Detroit communities.  The magazine also included the special collaboration of U-M professor Frieda Ekotto, and her article appeared both in the Portuguese and English editions. In addition to the release of the new number, Luciane and Nabor offered a talk on the historical and contemporary relations of US and Brazilian black presses, which generated a great interest among U-M scholars who work on print culture. Luciane and Nabor also visited classes in History and Portuguese departments, the Humanities Collaboratory “Expanding the Reach of Global Feminisms” project (Luciane was interviewed for the project by Marisol in 2018) and had the opportunity to share a lunch and conversation with U-M librarians.

The support of the Library Mini Grant and Library’s mentor Barbara Alvarez was crucial for the success of this project. Barbara was amazing. Since the very beginning, she offered feedback and suggestions on how better organize the series, and the different tasks we had to accomplish. She worked hard for the project and the results were palpables. Barbara was key in organizing the digital and print exhibit. Without her help, guidance and work we wouldn’t have been able to put it together as we did, and to end up with a beautiful curated exhibit. Thank you so much, Barbara!!! Clark Library was also essential for the exhibit, as they helped us with the printing of the posters and offered guidance on sizes and format. The funds offered by the Library Mini Grant helped us to cover the costs of the English edition of the magazine, which was printed as a high quality 32 pages publication. Furthemore, the Library Mini Grant helped us to cover some of the expenses associated with Luciane and Nabor’s flights and stay in Ann Arbor. It was an ambitious project and we were glad that we also had the support from different departments and centers, such as Romance Languages and Literatures, History, African American and African Studies, African Studies Center, Center for Latin America and Caribbean Studies – Brazil Initiative, Women’s Studies,  Institute for Research on Women and Gender (IRWG), Language Resource Center (LRC) and the department of Communication and Media.

Overall, the visit was a great success and we managed to achieve all our goals for the O Menelick 2Ato: Art, Culture and Society From the Perspective of Contemporary Brazilian Black Press series. Having Luciane returning to campus, and Nabor joining for the first time, was a great opportunity to keep strengthening the work in collaboration that we have been developing for the last two years, to expand the awareness of different black experiences in the Americas, and to stress the importance of creating a knowledge that is conceived and sustained as a an horizontal and collaborative work between academic and non academic actors. Furthermore, Luciane and Nabor had the opportunity to meet U-M faculty, librarians and students who are relevant to their work and projects, and to build new networks that could expand the outreach of the magazine. In this line, having an English edition of the magazine proved to be a great way to reach out to new audiences and to bring visibility on the work that has been done by O Menelick 2Ato for more than ten years. Finally, due to the interest that the magazine generated, we’re now in the process of developing a new project for a special edition of the publication on black feminisms in the Americas. We have already established some connections with interested faculty and students on campus, and we aim to keep working on this project for the coming months. It is an ambitious project but we’re confident that we can make it happen! We look forward to keeping working on this project, but also generating new connections between academic and non academic communities, and to work towards a collaborative and horizontal production of knowledge. I’m already excited about this upcoming project and the shape it’ll take!